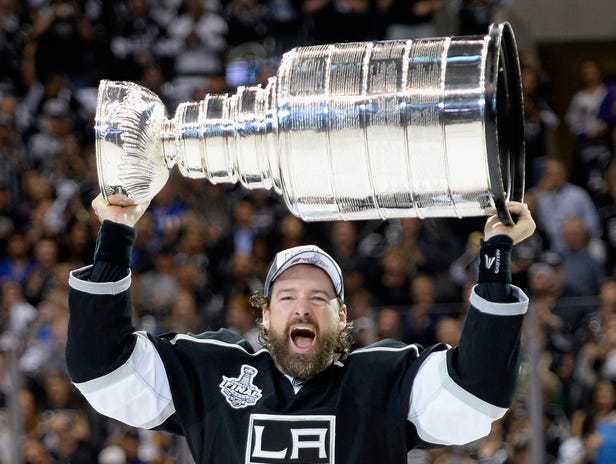 PHT - In one of the surprises on a free agent frenzy that’s actually amounted to a series of pretty reasonable deals, it sounds like the Capitals got Justin William sat a very reasonable price. The two-year pact is worth just $6.5 million (a $3.25 million cap hit in each season), according to TSN’s Darren Dreger. When Williams was on his way to winning the 2014 Conn Smythe Trophy, it seemed preposterous to picture him not making a big raise from his old cap rate of $3.65 million. It turns out that was true … but unexpectedly, he’ll make even less. Even so, Williams is more than just a guy who scores big goals. He’s frequently been a possession monster, even standing out on a puck-hogging team like the Kings.

Really good signing by the Caps. Really good. What they got in Justin Williams is exactly what they need. He’s a big time possession guy with the ability to put up 20+ goals and tons of playoff experience. And they got him for just 6.5 mil over 2 years. A hell of a steal. And the best thing is, he wants to be here. He wants to play alongside Ovi and Backstrom.

Already love him. All I’ve read about him are positive things, the Kings fans are very upset to see him leave, and he handpicked DC as his destination. Furthermore, the Caps didn’t have to make a trade and mortgage the future, which it looked like they were trying to do for Sharp. The only negative on this is Williams has a few years under his belt, over 900 NHL games. But he can still give a good 16 minutes per night and will provide a great veteran presence for the team. Great signing.