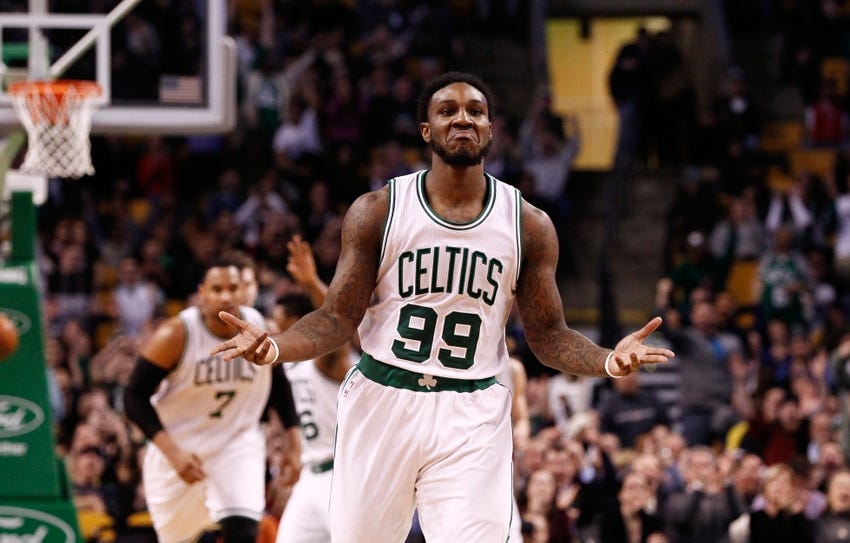 This blog comes to you from a random apartment in Madrid with stolen Wifi so who knows if it even makes it, but that’s the #dedication you all deserve…

In all the madness that went on last night, this may have slipped by you but is worth mentioning. Hank spoke a little yesterday that the Celts and Jae Crowder had reached an agreement, and we finally have the numbers, 5/35M. Personally, I love this. I said when the season ended that I did not mind overpaying for Crowder, because everyone knows the cap is going to jump drastically the next few years. Initially I thought Avery’s deal was the starting point and when you take a look around the league and look at what some of the other SF have gotten over the last two days this deal makes sense. Kawhi Leonard (5/90M) DeMarre Carroll (4/60M), Draymond Green (5/85M), Kris Middelton (5/70M) Iman Shumpert (4/40M!), Al-Faruq Aminu (4/30M), Kyle Singler (5/25M). Now Crowder is not in the class of Leonard/Green/Middelton but he is definitely better than Shumpert/Aminu/Singler and I think of him more of a Carroll-Lite (is that racist?). You can see the market dictated his price and I have no problem paying him 7M a year because of what he brings to this team.

When the Celtics first traded Rondo to Dallas, Jae was mostly a throw in, and really I much like the rest of you had no idea who the fuck he was. I was bitter about losing Rondo, but right away it was clear Jae was the best player in that deal. Yes, he is a bit challenged offensively, but that can be improved. What he brings to the table are exactly what a rebuilding team needs, defense and energy. We all saw the impact me made on our playoff run, and once we got to Lebron he never backed down. Now granted, he never really stopped Lebron, but the fact that he willingly accepted the challenge and did not back down means something.

I am sure there are some Celtics fans out there that are disappointed in what they have done over the first two days of free agency, but really this should have been expected. I would rather overpay and keep our young guys together, then throw money at someone else just to spend it. Also, do not forget what Ainge said directly after the draft. This roster will probably look completely different come opening night, so who the hell knows what else he may have up his sleeve.