My knee jerk reaction was this: The White Sox just acquired one of the best pitchers in baseball over the last two years. I was pumped. The rotation would no longer be Gio, Keuchel, and 3 works in progresses, it'd be Giolito, Keuchel, and Lance Lynn, followed by two arms you hope Ethan Katz can teach to dominate in Michael Kopech and Dylan Cease.

I said it last night, but he's been pretty dominant over the last two (1.3ish?) seasons, but that doesn't mean the cost of acquisition is nothing. If I'm a Cubs fan, I'm jumping for joy at this acquisition, as it sets Darvish' market to some extent - if the Rangers can get a Dane Dunning level pitcher for 1 year of Lance Lynn, the Cubs should do very well with 3 years of Yu Darvish, even if his AAV is higher and he's a few years older. Not saying they will fleece another team for Yu, but he won't be a salary dump either. I was incorrect when I said I didn't think he'd net a good package back at the start of the offseason.

But back to Lynn - let's talk about what's coming, what's going, and what this means for the future: 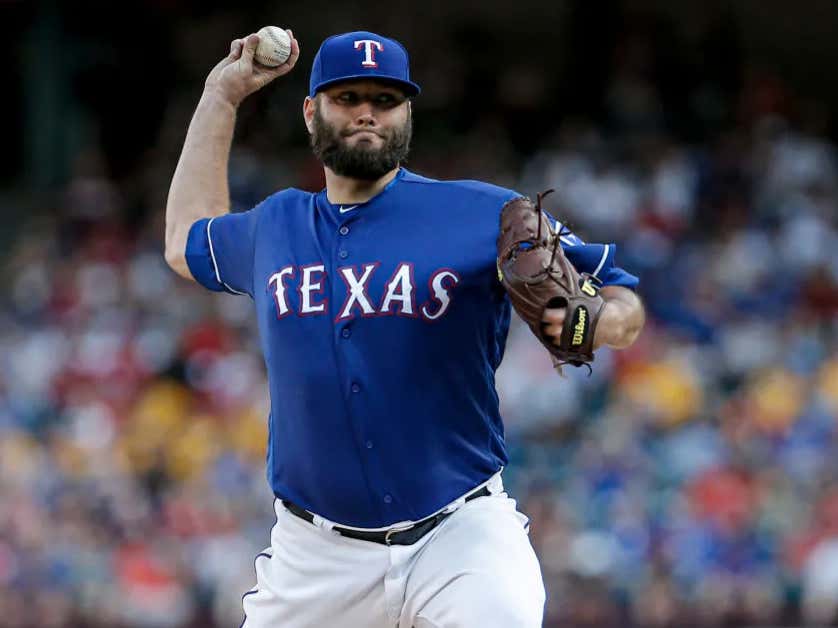 Aka one of the best pitchers in the AL over the last 2 seasons. Here are his combined stats from 2019-20:

The number that sticks out to me the most is his high K rate and his great strikeout to walk ratios. This is a dude that straight up attacks the zone and isn't afraid to challenge anybody. It did result in an uptick in HR rate in 2020, but the rest of his peripherals suggest he's going to be more than fine for at least one more season.

We'll talk about the asterisk later… But nothing about Lance Lynn suggests he's "washed up" or anything of that ilk. He can still "spin it" amongst the best pitchers in the league, as suggested by his Baseball Savant profile that is littered with nothing but red: 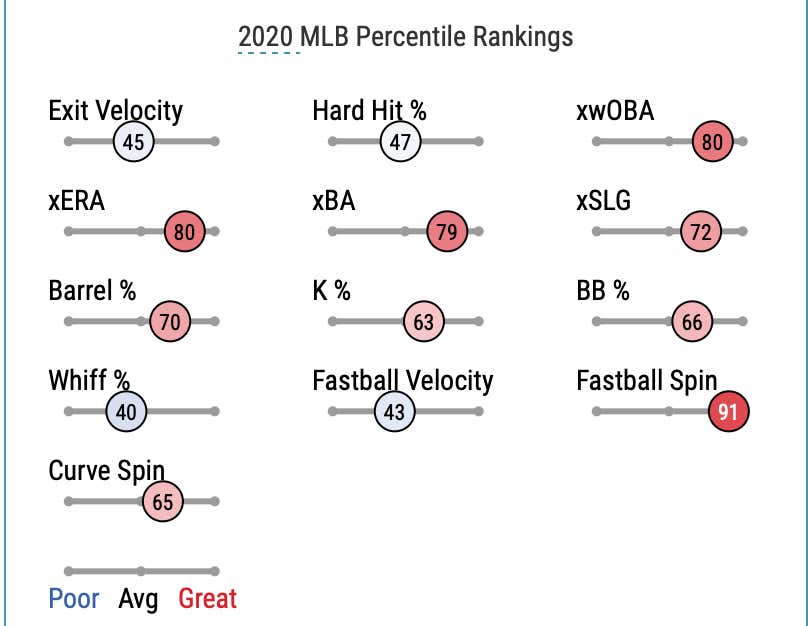 So yeah, the velo is still there, and he should have plenty in the tank after a 60 game season in which he only threw 84 innings for a dog shit team.

I saw a few people say this trade mirrored the James Shields trade in 2016 - those people are fucking morons. Fuck outta my face with that. Lance Lynn is still a stud and fits this rotation perfectly. So perfectly, in fact, that the White Sox now have the 5th, 6th and 7th place finishers in the 2020 Cy Young chase in their rotation: 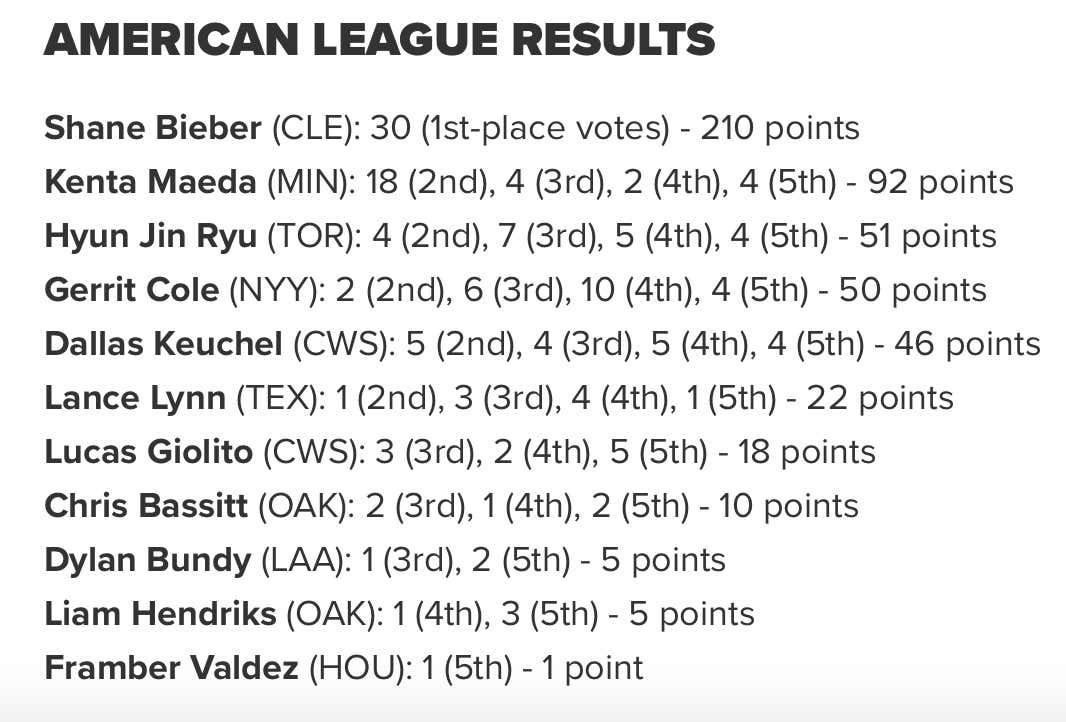 When James Shields was traded for, he was coming off a start where this happened:

One goal the White Sox more than likely had this winter was to find a SP that they could have confidently given the ball to in game 3 of a playoff series before said series wraps back around to Gio. They found this for the 2020 season in Lance Lynn and we should all be fucking psyched about that because he's a really good fucking pitcher.

But Dane Dunning is going to be a good Big League pitcher: 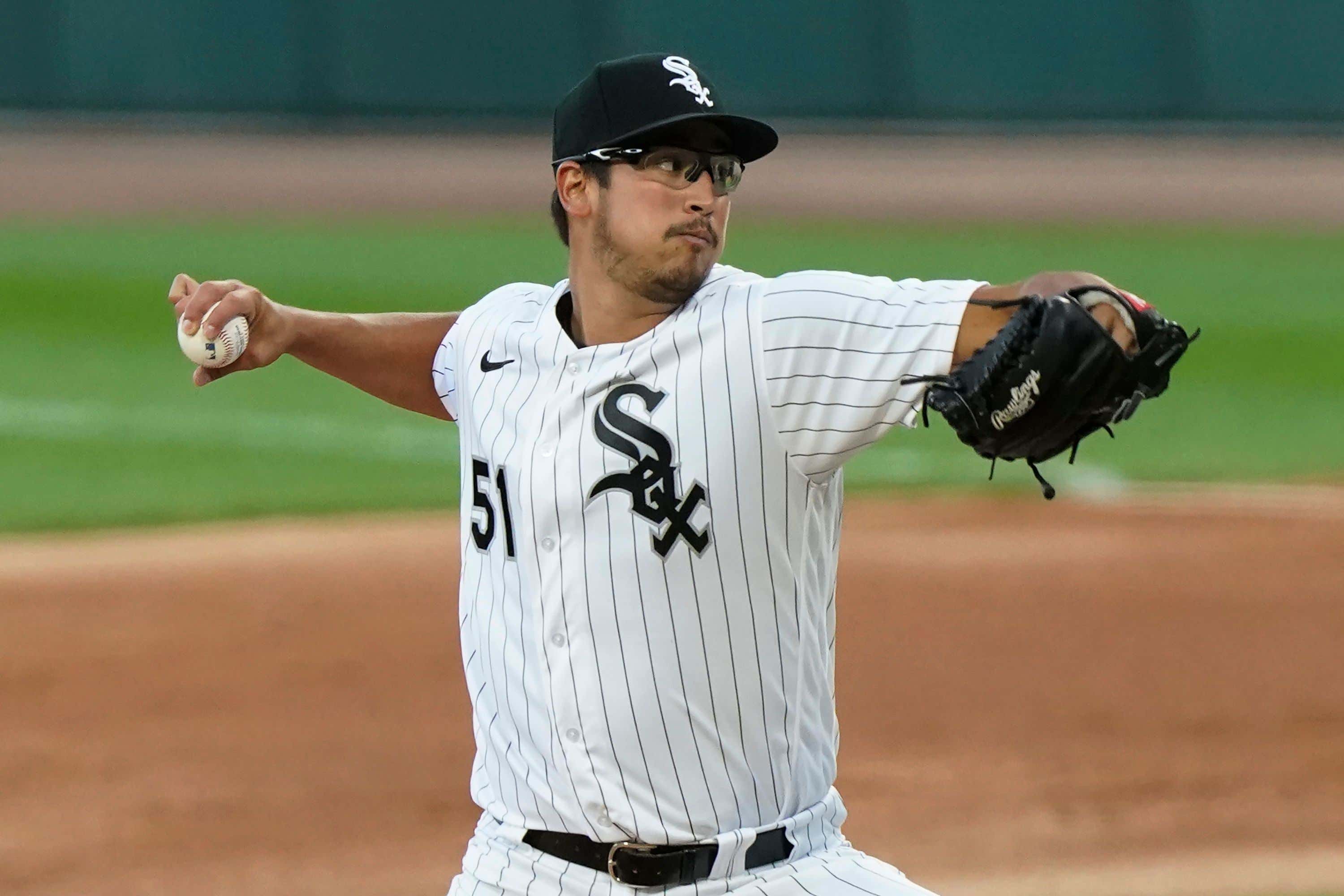 and he's no longer on the White Sox. Do I like giving up 5+ more years of control of Dunning for one season of Lance Lynn? Not necessarily. But he's also kinda who he is at this point - he's already 26 years old and his ceiling is limited. I do think he'll be a nice piece in a Big League rotation, but on a good team, he's probably a 4 or 5. That's fine - every team needs a 4 or 5. But he is who he is, and his shit doesn't necessarily "scare" anybody: 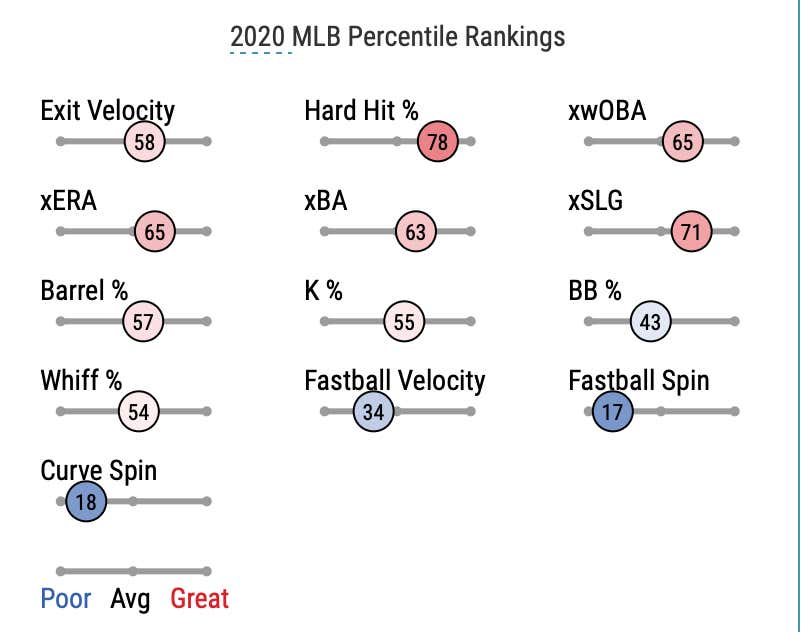 He's a pitcher who's consistently around the zone and doesn't fear anyone - but his room for error is so much smaller than Lynn's because he doesn't possess the pure "shit" to dominate in spite of any lapses in command. In order for Dane Dunning to be successful beyond a 4th or 5th starter, his command has to be surgical; maybe he develops surgical command one day, maybe he doesn't, I don't know. What I do know is that the White Sox gave him the ball in game 3 against the A's in the wild card round and yanked him after like 3 pitches because they weren't confident in him at all to win a big game at this stage. Perhaps they would have developed a comfort level with him after a full season, sure, but that doesn't matter now. They now have a no brainer "hand him the ball and let him go fuck up the Yankees' lineup for 6+ innings" pitcher instead.

All in all, I really like the trade and I would assume the White Sox and Lynn spin the wheels on an extension. Maybe 2 for 30 or something like that. Would it have been better to sign Bauer and not tap into trading from prospect capital? Sure. But we all know how that goes with Reinsdorf, so that's not even worth discussing. You have to give to get, and the White Sox farm is DEEP with young arms that will be ready in the next year or two. Because of that, Dunning was expendable IMO.

So what does this mean for the future? Again, it means the world for 2021 - but beyond that, not much as he's only controlled for one year. With his acquisition, I'm sure they Sox will spin their wheels on a swing man - maybe someone like Jose Quintana, as much as I hate to say that, as he was on the team when they did nothing but LOSE, but whatever…. They'll need an innings eater to spell Kopech and Cease here and there, as they're not ready for 175+ innings quite yet.

The rotation is pretty much taken care of now, so it's officially onto some minor bullpen augmentations (Hendriks? Colome?) and signing a right fielder. I said it yesterday, the lineup could be 100% SET IN STONE for years on end with a Springer signing, but we've seen that movie before, so I don't even want to prognosticate on it.

Nevertheless, it's been a great start to the offseason - with the hires of Tony La Russa and Ethan Katz to man the dugout and the trade for Lynn, the White Sox are MUCH better today than when they ended the season with a .583 winning percentage…. and they're not done yet.

GET ME TO SPRING TRAINING!!!