People waiting in a long, chilly, slow line for COVID tests this weekend in Prospect Heights, Brooklyn were in for a real treat when a truther rolled up to drop some nuggets of paranoia on them.

"You're going to deliberately, just willingly to deliver yourself and your body [to them]!"

"They're testing your nose in a way that punctures your brain cavity!"

Maybe just point out the absurdity of taking people that may have a highly contagious, life threatening respiratory illness and making them stand next to each other in the freezing cold seems a little silly.

Oh and also that “hard nosed research” was a funny thing to call it when she said you can get your brain cavity punctured with a q tip.

Have to agree with him on that absurdity part.

We get testing at HQ twice per week, but due to NY State's travel rules I needed testing on an off day after the Florida BJ party. The line at the testing site didn't look that bad but I wound up waiting nearly 2 hours in a freezing rain trying not to pee my pants, and I was one of the lucky ones. (Poor Coach Duggs was stuck like 10 people behind me with no coat on.) 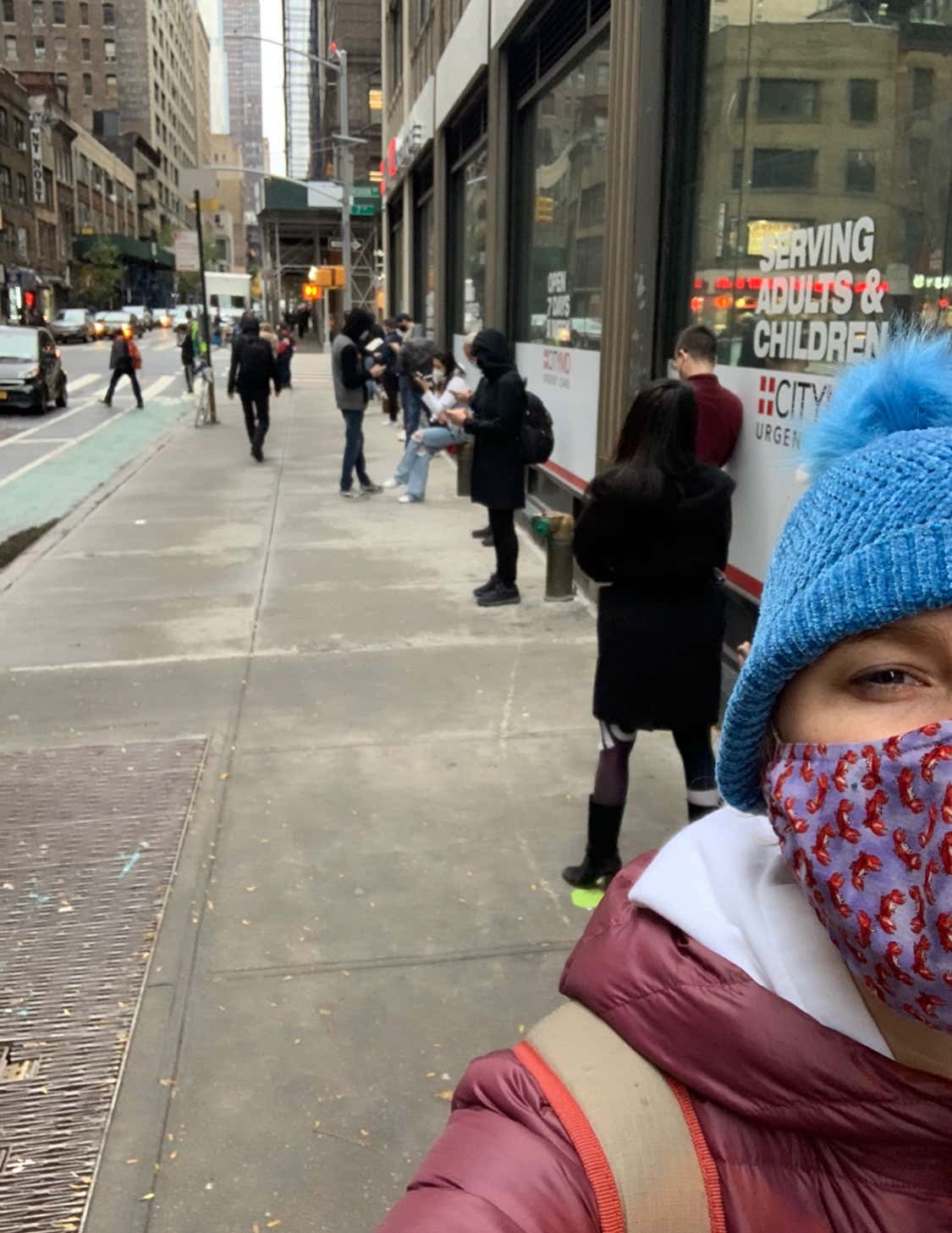 People are getting up at the crack of dawn to wait in lines like a new iPhone is coming out, and anyone who's been in a line long enough knows it starts to scrunch and bunch up no matter the scenario. It's great that people are getting tested but the process needs a bit of work to say the least… It just sucks.

So shout out to that lady in Brooklyn who saw a bad situation and thought, "You know what, I can make this even more unbearable for everyone here." Great execution on her part, and even moreso - stellar response by the apathetic New Yorkers who've been beaten down so much this year they barely noticed her.