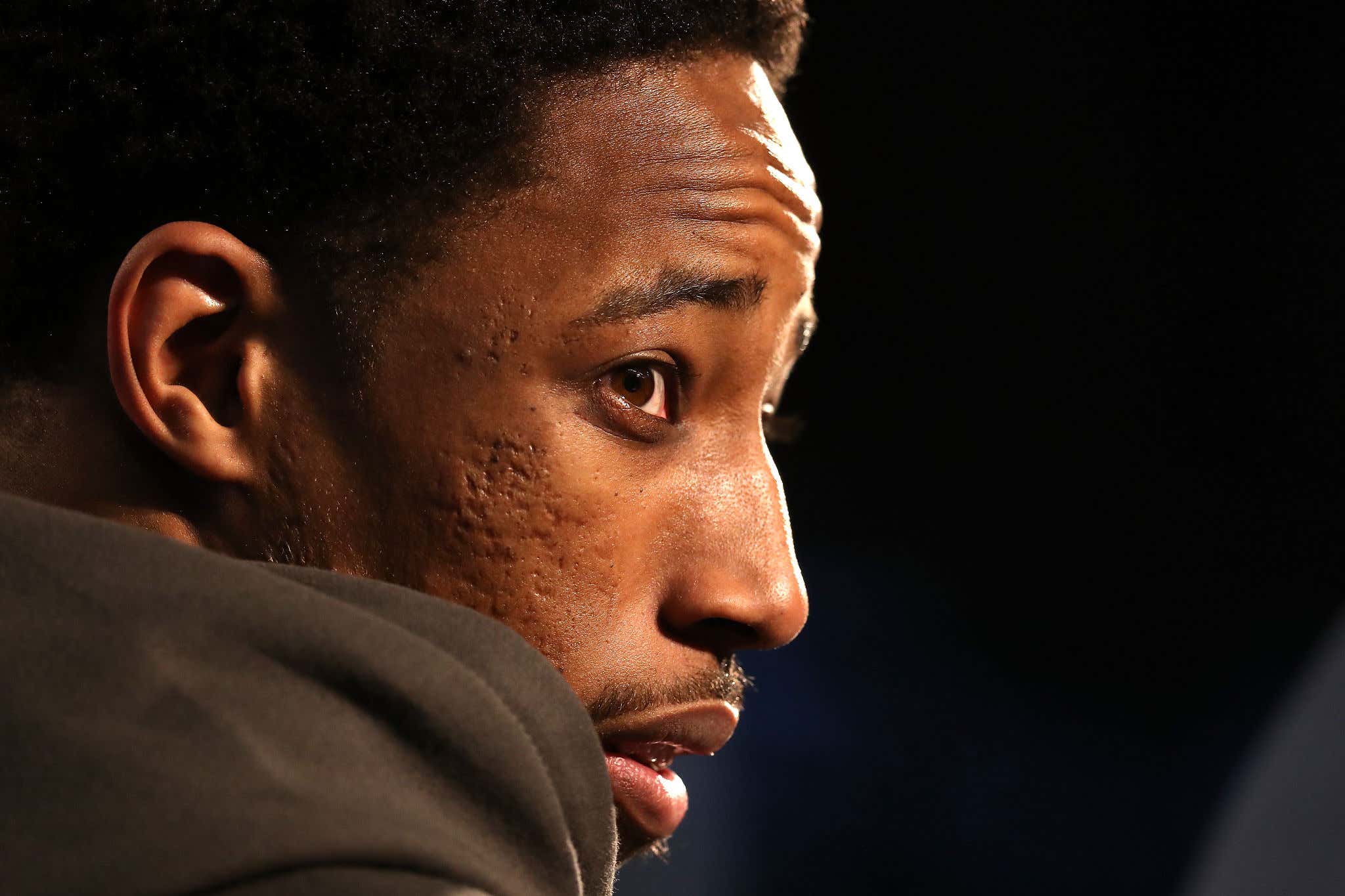 Scary moment for NBA star DeMar DeRozan … who chased an intruder out of his L.A.-area home after a terrifying encounter with his kids, TMZ Sports has learned. Our sources tell us … the man broke into DeRozan's home on Nov. 19 and made his way upstairs into a play area where at least one of DeMar's kids was hanging out.

We're told 31-year-old DeRozan -- who's 6'6", 220 pounds -- heard the commotion and raced to the area to see what was going on, coming "face-to-face" with the intruder in the process. Our sources say DeRozan then "chased the man out of his house." According to TMZ, the suspect told cops that DeRozan’s house was not his intended target. He was trying to get to Kylie Jenner’s home, but made a mistake. The man was eventually arrested and has been charged with 1 count of felony burglary.

HOLY MOLY really scary situation for DeMar DeRozan over the weekend where he had to chase a burglar out of his house. DeMar found this dude in the same room as his kids, which has to be the most terrifying circumstance to find yourself in as a dad. Only one option, beat this shit out of this guy right? Turns out this robber thought he was in Kylie Jenner's home. "Oh classic mixup, I meant to rob the house next door, my bad!" Yeah, nope you best be running for your life in the next second or prepare to die.

One moment you think you're in Kylie Jenner's house, the next you're standing face to face with a 6 foot 6 220 pound NBA player from Compton. This burglar is honestly lucky to be alive. I'm sure there's some soft guys in the NBA, but the thing here is that DeRozan is not one of them. There's an interview with Vince Staples about going over how tough certain NBA dudes are. When DeMar's name comes up he stops all his jokes and basically says he can't even talk on the record about the shit DeRozan has been through and to just respect the hell out of him. Should tell you all you need to know right then and there.

TMZ asked him afterwards how everything is going and he confirmed he's been through worse. Certainly not a man to trifle with.

Craziest part of all this is after being chased out of the wrong home by a 6 foot 6 monster man, this idiot burglar tried to re-enter the gated community and I assume actually find Kylie Jenner's home. ARE YOU FUCKING NUTS??? Do you have a death wish sir? He was promptly arrested, charged with felony burglary, and slapped with a restraining order. Probably for his own good. DeRozan sees this guy again he's a dead man.

Law enforcement sources tell us the man fled the area -- before returning to DeRozan's gated community a short time later. When the alleged intruder attempted to get back in to the gated community, security stopped him and called police.

This dude deserved to have his ass beat by DeMar. Cops shouldn't have even brought him in to the station. Deliver him back to DeMar and have him hand out the consequences.