Source - Former Patriots quarterback Tom Brady and wife Gisele Bundchen’s Brookline mansion was broken into on Monday morning, according to Brookline Police. They have a suspect in custody.

The couple no longer lives at the home, but still owns the property.

Police received a call at 5:55 a.m. reporting the break-in at 112 Woodland Road. They arrested a 34-year-old man who is homeless, police said.

The man set off multiple security alarms when he broke in, police said. Caretakers also spotted the man on surveillance video.

Alright, I know what you're thinking. And no, I was not in Brookline. Nor was I in Tom and Gisele's home. I spent the early games with my brothers and sister at my oldest brother's place, then was home for the Patriots game with the Irish Rose and they'll testify to my whereabouts should it come to that. Besides, I know better. Apparently if you rifle through a guy's trash looking for bits of his hair or discarded articles of clothing because you're building a Tom Brady Friend out of sticks in the woods behind your house, that's considered "criminal trespassing" in the police state of Massachutopia. So I learned my lesson. Even the times I've golfed at The Country Club I've made sure to have a range finder prove I'm at least 101 yards away so that stupid court ordered ankle bracelet doesn't go off. Note the residence in question at a safe distance: 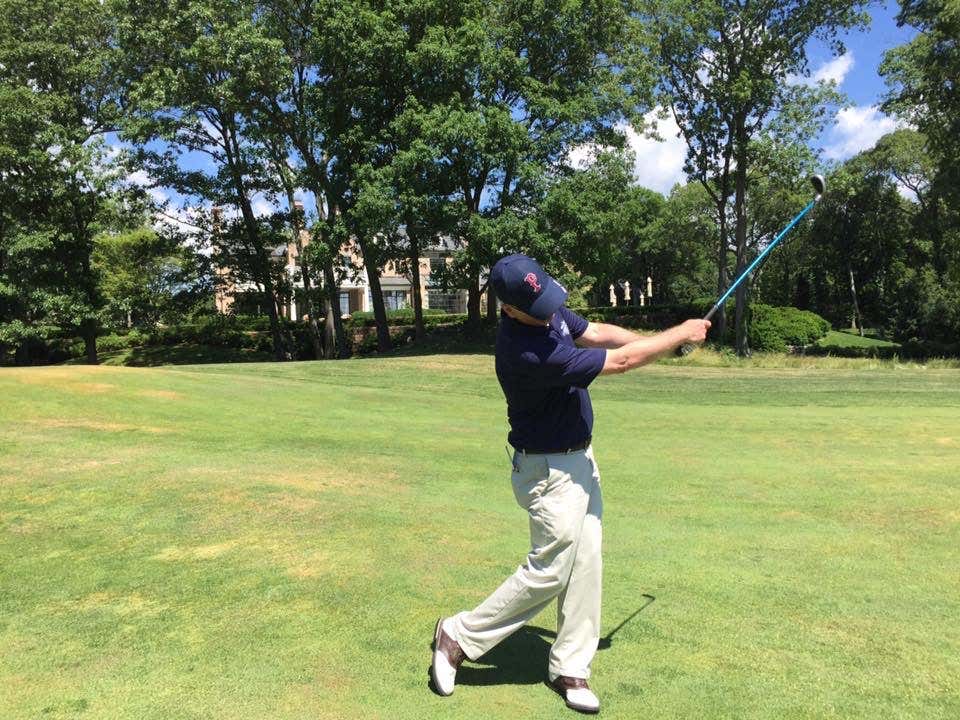 So with that out of the way, you have to admire this homeless guy. If you're going to need a place to stay, you might as well, if you'll pardon the pun, go for broke. Why bust into some split level or ranch house when you can set up camp in a $33.9 million castle on the site of a future U.S. Open? At worst, they spot you on the surveillance cameras and come arrest you, which they'd do if you slept in someone's tool shed. At best, you claim squatter's rights and live like a king. So I respect this guy for doing his research and finding the best empty house having no money can buy. As Casey Kasem used to say, "Keep reaching for the heavens. Because even if you fall short, you'll still be among the stars." Or as I'm putting it, go big or go homeless.

But hey, that's his call, not mine. I don't encourage breaking and entering regardless of whose house it is. And like I said, I wouldn't do this. Not with Brady all the way down at Derek Jeter's place in Tampa. Because after all, the one thing every Masshole Pats fan wants is no longer available at that location.