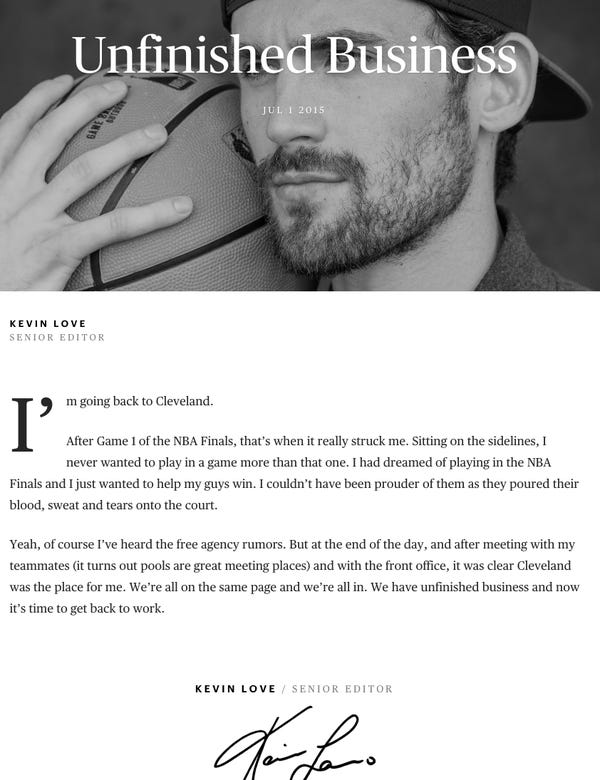 Dude what the fuck is that? Congrats on The Decision 3: The One Where Everyone Knew What Was Happening All Along Because You’re Not Leaving LeBron For Anything. Can’t you just say it normally? That’s article right there is practically the length of a tweet, just tweet it.

But even more than acting like this is some shocking decision that we all waited for with bated breath, what in the FUCK is that picture? That’s some bullshit that like a 9 year old would caption on Instagram “Ball is life” thinking he’s deep. You look like an absolute moron dude. Who told you to do that? Who said “Here pretend the basketball is a conch shell and it’s telling you that you’ve still got work to do. Don’t worry it won’t be lame, we’ll put it in black and white”? Fire that person. Fire them right now.

Pretty cool that you become a senior editor over at The Player’s Tribune if you write one short, shitty post though. Are they hiring? I’ve written countless short, shitty posts and would like a $110 million dollar contract as well. Also, I’m proficient in writing for terrible websites that crash all the time and are overall pieces of shit. 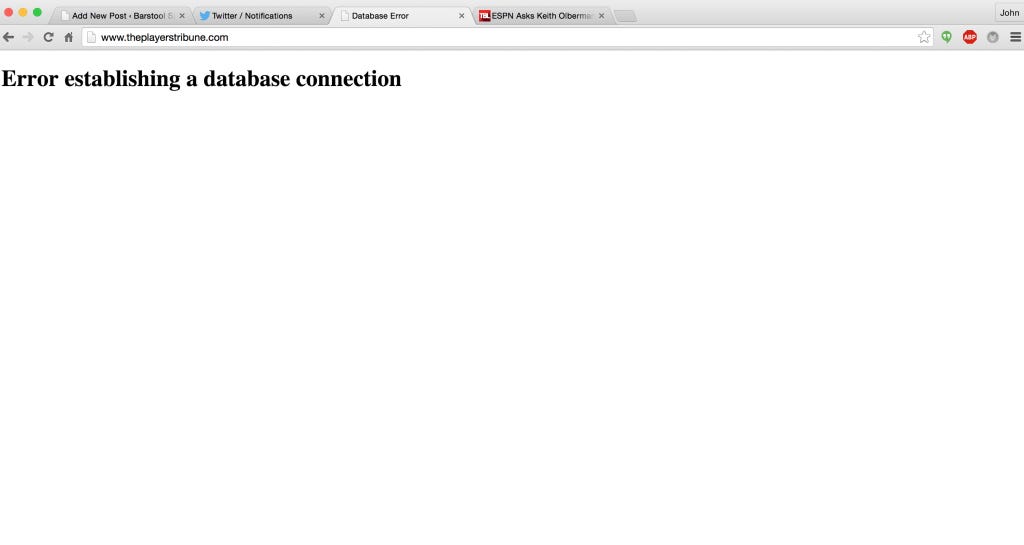