Often times when a sports team finds themselves with lucky break after lucky break we will refer to them as a team of destiny. This always happens with a team that is, of course, winning. Why would it be your destiny to lose? Well, this year, thanks to the New York Jets, it's time to start referring to losers as potential teams of destiny as well. The team that had a 6.5 win total in August is truly destined to go 0-16 and draft Trevor Lawrence. Today's result only further proved that.

On the play that won the game for the Raiders, the Jets ran man coverage with no safety help over the top. This was an issue considering the Raiders have this guy named Henry Ruggs, a man who ran a 3.2 40 at the NFL combine this past year. Why didn't the Jets have any help over the top on this play? Turns out they decided the best plan of approach to defend against a 46-yard pass was to only send 3 players deep in coverage. The other 8? They blitzed. 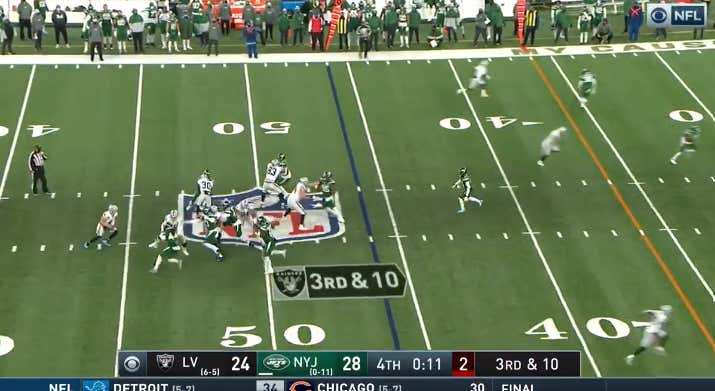 Here's a look at every rusher: 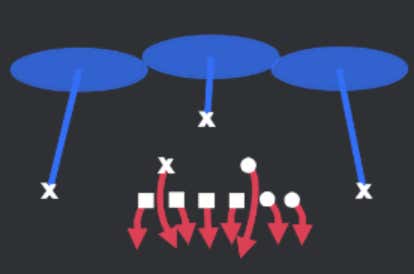 It's truly shocking that Greg Williams keeps getting DC jobs. The guy stinks and was a part of one of the biggest scandals in NFL history. The fraternity of football coaches is a truly wild place.