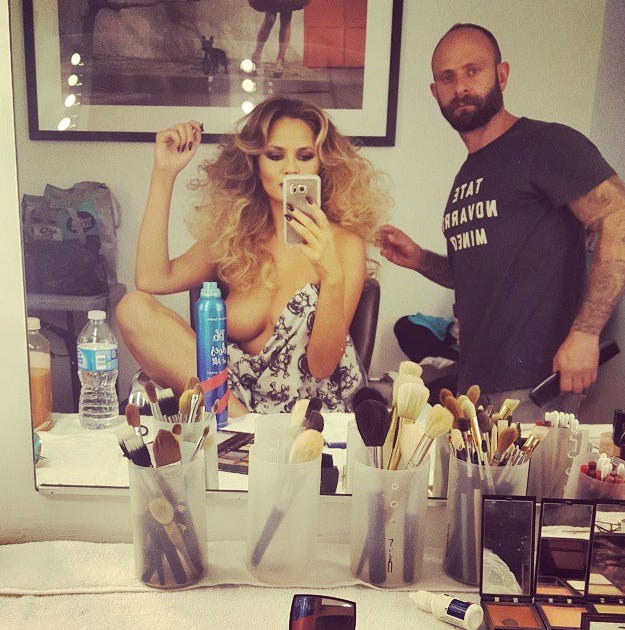 Boom roasted, Instagram! The Chrissy Teigen nipple show gets a new episode as Chrissy just took them behind the woodshed. Instagram has taken down 2 of her nip pics in the last couple days, just like I said they would. And she’s fighting back, just like I said she would. Can’t show a nipple? Well then she’ll show her entire boob besides her nipple. That’s how you swing back in an Internet fight. But Chrissy if you’re reading this (you are), don’t stop swinging for the fences. Nipple or nothing. Boob is cool, but nipple is the money-maker.