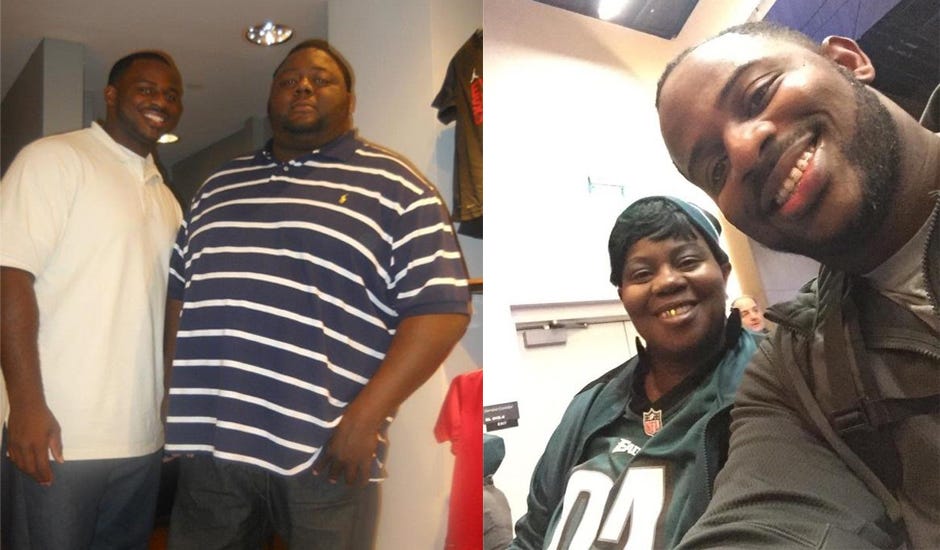 Link To The Must Read Story On Philly Mag Here

…Shaddrick Cox always told his brother to listen, and so Fletcher tries.

When friends and family explain to him that things will get better, that the good days will outnumber the bad, that he should focus on the happy times he had with Shaddrick, Cox pays attention.

But that doesn’t make it any easier.

“Losing my brother had to be one of the hardest things that I’ve faced as a young man,” Cox said. “Everybody says it’ll get better. There’s days where I don’t think it’ll get better. Some days I may believe that. But some days I’m like, ‘This’ll never get better.’ ”

On Jan.5 of this year, Shaddrick was in the process of purchasing a 1999 two-door Chevrolet Tahoe. A mechanic by trade and a car junkie, he’d had his eyes on that specific SUV for some time. But before he was able to drive away with it, he suffered a heart attack.

Shaddrick had been dealing with heart issues for years and was also working to keep his diabetes under control. But his big heart failed him that day, and he died at the age of 34…

[Editor’s Note: This is the second blog in the life of our Philly Intern Slave: @BarstoolBrosh. Give him hell.]

First things first, how much southern cooking does Mama Cox make when Fletch comes home? I’m talking she probably makes the best damn cornbread east of the Mississippi. But on a serious note, if this story can tell us anything, it’s that trading up to the 12th pick to take Fletcher Cox in 2012 was maybe the smartest move any one of the four teams have made in Philly over the past few years and we should thank Chip for not going all in on Mariota and trading Cox away back in May. When people talk about “Culture”, Cox is the fucking poster boy. He talks about how important it is that he takes care of his family, show up to his teammate’s charity events (I am convinced Connor Barwin has one every fucking night.. so that’s a lot of commitment.), and dominating on Sundays. I can feel Chip’s shorts moving from here, as he rubs himself while repeating the word “culture” to himself over and over again. Cox talks about how he is now a father to his brother’s two kids, who passed away earlier this year and how his mother raised him and his brother to be respectful and strive for dreams. Its like a cooler version of the blindside. Also, as a fan, I like to know the guy that’s battling down on the line, and especially on defense, has faced adversity and has seen some shit. That might be the fan in me or because I’m a sick fuck. Probably the latter, but regardless, Fletcher has been through some shit. Between losing his brother, best friend, and grandmother all the past year, Cox is taking his anger out on opposing lineman, and I love it. I swear I would be okay with Chip and the Eagles giving Fletcher a 6-year deal tomorrow. He’s that good and after this story, im in love with the Cox family.

P.s.- How cool is it that Mama Cox still works the same job from 5:30 in the morning to 3 in the afternoon that she did back when Fletcher was in high school so she could go watch him play? There’s no doubt that when Fletch signs his new deal, that mama decides to retire.