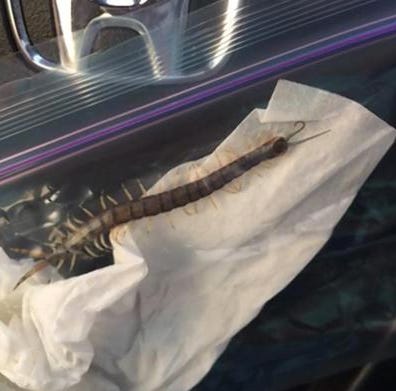 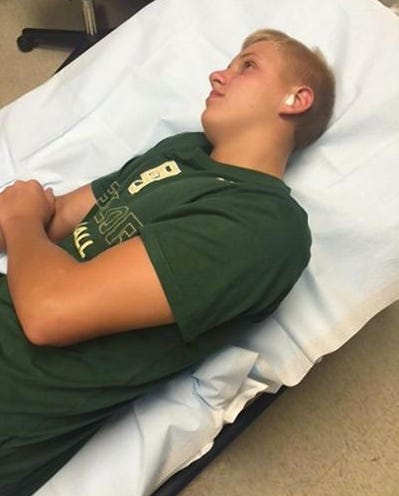 NYDN – An Arkansas teen suffering from severe earache was left stunned when he pulled out a 4-inch centipede. Grant Botti woke up at his Saline County home on Tuesday morning with an excruciating pain in one of his ears, reports KATV. The 14-year-old then felt something wriggling around. He grabbed hold of the mystery intruder’s tail and slowly drew it out — and was shocked to come face-to-face with the ugly arthropod. His mom Angela put the still-alive critter into a plastic bag. She then took her son, who was still in pain, to Saline Memorial Hospital. Doctors found small abrasions in his ear drum, but he was later released and is expected to make a full recovery. It’s not clear how the centipede ended up inside the youngster’s ear. But the family believes it could have happened when he was swimming outdoors. Saline Memorial nurses said it was the first time they have ever had someone come in with a centipede in their ear.

Welp, here’s your monthly “Someone had something absolutely vile and disgusting in their ear” story. Seems like every couple weeks there’s another pig of a human with some revolting insect creature crawling out of their fucking head. I just dont understand how this shit happens. I mean everyone knows the Urban Legend about how humans eat 8 spiders in their sleep during a lifetime. I guess when you’re asleep or swimming some shit can just scoot right up in there. But I dont really fucking buy that. You see the size of that centipede? That thing is practically a snake. Its a full blown alien if you ask me. How do you let that thing up inside your brain?

I think one of the basic responsibilities in life is to not let foreign creatures invade your body. So I dunno whether this kid was just a gross teenage boy swimming in the watering holes of Arkansas or some shit, but its on him that a huge centipede was burrowing into his brain. I can GUARANTEE you I will never have any insect or creature of any kind inside my ears. Thats a promise. And I dont want a medal or anything because like I said that should be Day 1, basic stuff. But the more and more of these stories I see the more proud I get that I’m not disgusting to the point that bugs crawl in my ears.

PS – I dont believe this story for one second.