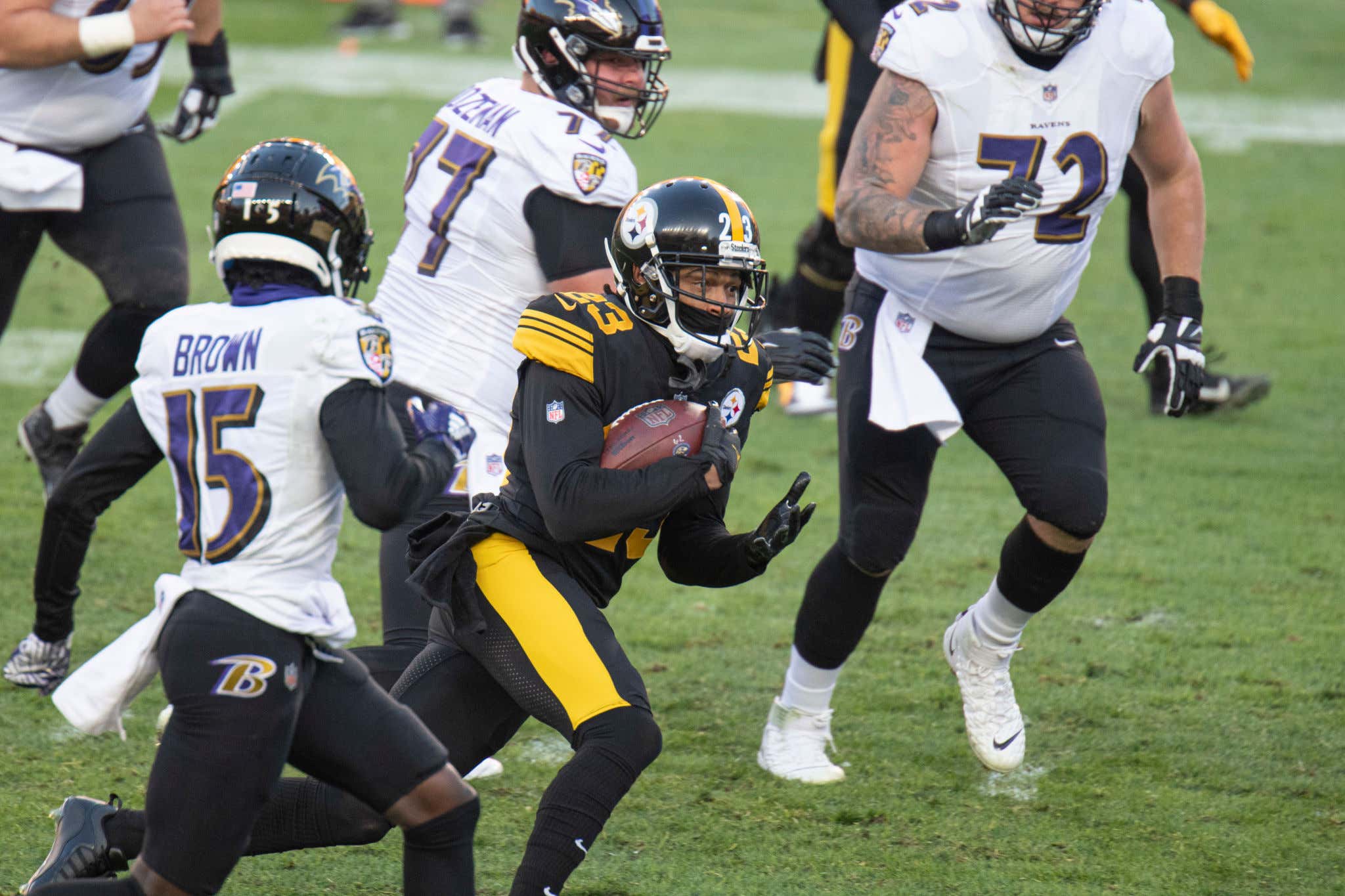 Well… they made it interesting for a while there eh? Put a couple drives together, let the Steelers make a few mistakes, and kinda hung around for a while. Then the game kinda started to sink into exactly what we thought it'd be, where the talent and depth of the Steelers would just take over and they'd coast to a W.

But NOT SO FAST.

Trace McSorley brings the Ravens back from the dead to give them a chance, which is the part where at the end of the day, this loss starts to get frustrating. And that's the last thing I wanted because this game was supposed to be all about playing with house money, no regrets. And you can point to a handful of plays in that game where the ultimate outcome easily could have been different.

RG3's pick 6 was brutal. No question about it. I mean Joe Haden made a great play and made a great jump on it, but that's still one that Bob would like to have back. The fumbled handoff on the previous possession was ugly as well.

Then the first half 2 minute drill disaster…. I mean there's a lot to unpack there. I've seen John Harbaugh catch a lot of shit for what took place there, but I actually think he had the right mentality. The playcalls were probably predetermined. There was more than enough time to run the football once, get up, and run the predetermined pass play. If that fell incomplete, there should have still been time on the clock to take your 3 points and head to the half. But the complete lack of effort or hustle or even a semblance of a backbone by the officials to either peel guys off the pile OR flag what was an obvious delay of game after the first run was pretty astounding.

That type of delay of game is rarely called but that's because it's rarely as egregious and obvious as we saw on that play. In spite of all of that, RGIII still got a snap off and made a good throw to Luke Willson. Willson could have caught that in a variety of different ways that would have resulted in him holding onto that ball, and he chose none of them. Absolutely backbreaking to lose an opportunity to point big points on the board in a game you should have no business winning and go to the half with nothing.

But even with that, and I hate to harp on this, but the officiating continued to be completely baffling throughout that game. Ron Torbert and his crew are going to look at the tape of that game and be absolutely embarrassed. Questionable PI against Humphrey, phantom hold called on Fluker, and honestly the game's deciding play was that back-breaking 3rd and 6 conversion where Big Ben floated it up there and had a prayer answered. The problem there? The ENTIRE offensive line moved before the snap, including the right tackle being 3 yards behind the LOS while the center still had the ball…

I was completely content with us going into this game and taking our licks and losing by multiple touchdowns. But to know that the Steelers played a DOGSHIT and I mean DOGSHIT football game and were there for the taking and the outcome was potentially compromised by officiating? Come on man. I've been through enough this week. I didn't need all that.

So where do we go from here? Well, 6-5 in a crowded AFC playoff picture is not a great place to be. But the schedule lightens up here the rest of the way out. We've got Dallas, @Cleveland, Jacksonville, Giants, and @Cincinnati to finish out. Winning 4 out of 5 should be more than doable to get to a 10-6 record, which I think is the magic number. It's easily conceivable that the Ravens even run the table with that schedule. Obviously gotta get healthy first and put a better team onto the field next Tuesday against the Cowboys.

I still have a lot of confidence that when this team is healthy, they're a team nobody wants to see in January. We've got our work cut out for us, but I'm extremely proud of the way those guys fought out there tonight. Time to put this wild week behind us and dig deep. If we play the way we're capable, we'll see those guys again and we'll take care of business when it counts. Onward.