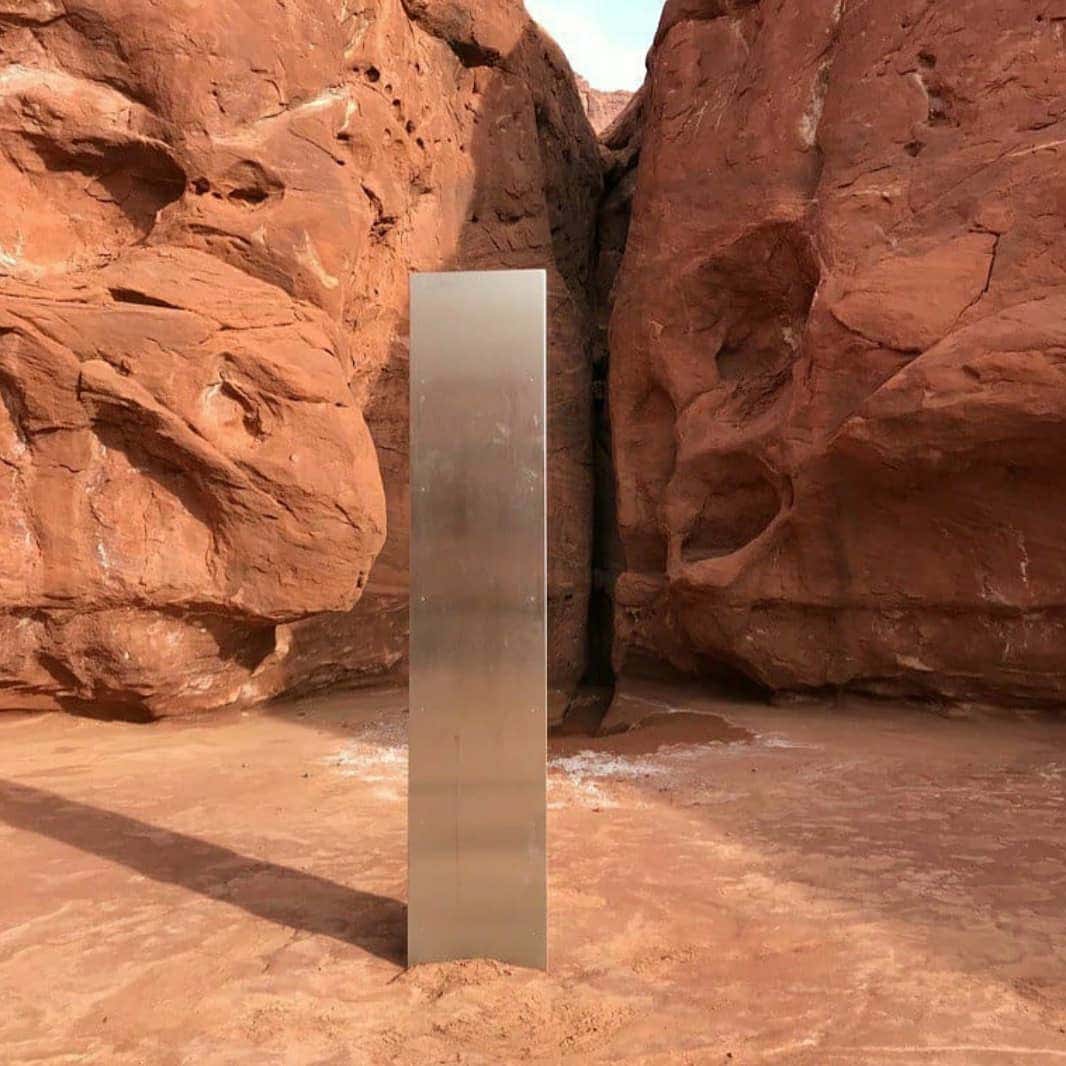 (NYT) - The three-sided metal structure was removed on Friday evening “by an unknown party” from the public land it was found on, the federal Bureau of Land Management’s Utah office said in a statement.

The bureau said it had not removed the monolith, which it considers “private property.”

“Somebody took the time to use some type of concrete-cutting tool or something to really dig down, almost in the exact shape of the object, and embed it really well,” he said. “It’s odd. There are roads close by, but to haul the materials to cut into the rock, and haul the metal, which is taller than 12 feet in sections — to do all that in that remote spot is definitely interesting.”

A lot of people have lost faith in their government this year for myriad reasons. For me, nothing has been as mystifying and troublesome as how this entire monolith situation has been handled. This thing randomly appearing in the middle of Utah was a massive red silver flag. We should have been on triple secret secure lockdown the second this was discovered until those aliens had been found and their demands met. Naturally we ignored it, to the extent of which we so thoroughly ignored it I didn't realize until now.

HOW DOES IT JUST VANISH?! RIDDLE ME THAT, LT. NICK STREET, IF THAT EVEN IS YOUR REAL NAME!

How. HOW do we take our eye off the ball like this? This isn't prime Pedro dotting 99 on the black and then coming back with the most devastating change up mankind has ever known. That ball I can understand taking your eye off of. This ball? This was Jamie Moyer throwing a beach ball underhand. It is insane that this thing wasn't under 24-hour surveillance the second it was discovered. I'm talking tanks, I'm talking barbed wire atop fences which read "KEEP OUT," I'm talking armed guards, the works. We didn't even get a fucking camera! Are we the dumbest species of all time? I don't even know if it's a debate at this point. At least the dinosaurs got wiped out by something out of their control. We had this one, it was spoon fed and we wouldn't open our dumb idiot mouths.

At least it appears the aliens left us alone. They were probably too embarrassed to even claim us. Probably went back to brag about conquering us to some other alien species and got laughed out of the intergalactic pub for even mentioning our names. That's what we've become to the rest of the universe, a punchline. Sad.