Daily Mail - In 1958 — now based at milliner Lilly Dache’s salon — he got a call from Marilyn Monroe. She was given the number by fashion designer and friend Norman Norell, after telling him her hair was falling out due to bleaching and perming on the Some Like It Hot set.

Their first meeting at her East 57th Street apartment — where Kenneth was struck by the star’s natural beauty when she appeared in just a bathrobe — was the start of a close working relationship, and a firm friendship.

Kenneth was well placed to see the public obsession with Marilyn, later telling an interviewer ‘it was as if they owned her’. But he also saw her artlessness and vulnerability, recalling how he saved her modesty before the 1959 world premiere of Some Like It Hot, after a film executive spilled champagne on her tight, beige silk dress.

‘You could see everything, like she was in a wet T-shirt,’ he recalled. ‘She was going to throw the mink coat over the stains for the press conference, but I told her that if she wasn’t changing her dress, she should at least put on some underwear.’

Marilyn refused, not wanting visible lines showing under her dress.

‘I said: “I hear Jean Harlow didn’t wear underwear, either — but she used to bleach her [pubic] hair so it wouldn’t show through.”

So I went downstairs to the hotel drugstore and bought her powdered milk of magnesia, 20 per cent peroxide, and spirits of ammonia. It’s a very old formula for decolorising hair. I told her, “Now go in the bathroom and bleach [it].” Nothing showed through when they switched on those bright lights.’

Kenneth also groomed Marilyn in May 1962 for JFK’s 45th birthday rally at Madison Square Garden, where she sang Happy Birthday while wearing a dazzling gown of nude-coloured mesh, emblazoned with thousands of rhinestones.

When Marilyn told him she did not want him backstage, Kenneth, although not prone to gossip, recalled rumours that she was having an affair with the president.

‘She said she was fearful of publicity. I don’t really know what she had in mind, but since I was doing both Marilyn and Mrs Kennedy at the same time, I imagine it was about that,’ he later reflected.

At long last, the question that's haunted our nation for over 60 years has been answered.

p.s. - you young guys that were born into this new age where chicks wax and shave everything don't know what you're missing. there is nothing hotter than a nice landing strip or some muff. ask your father or grandfather if you don't believe me. 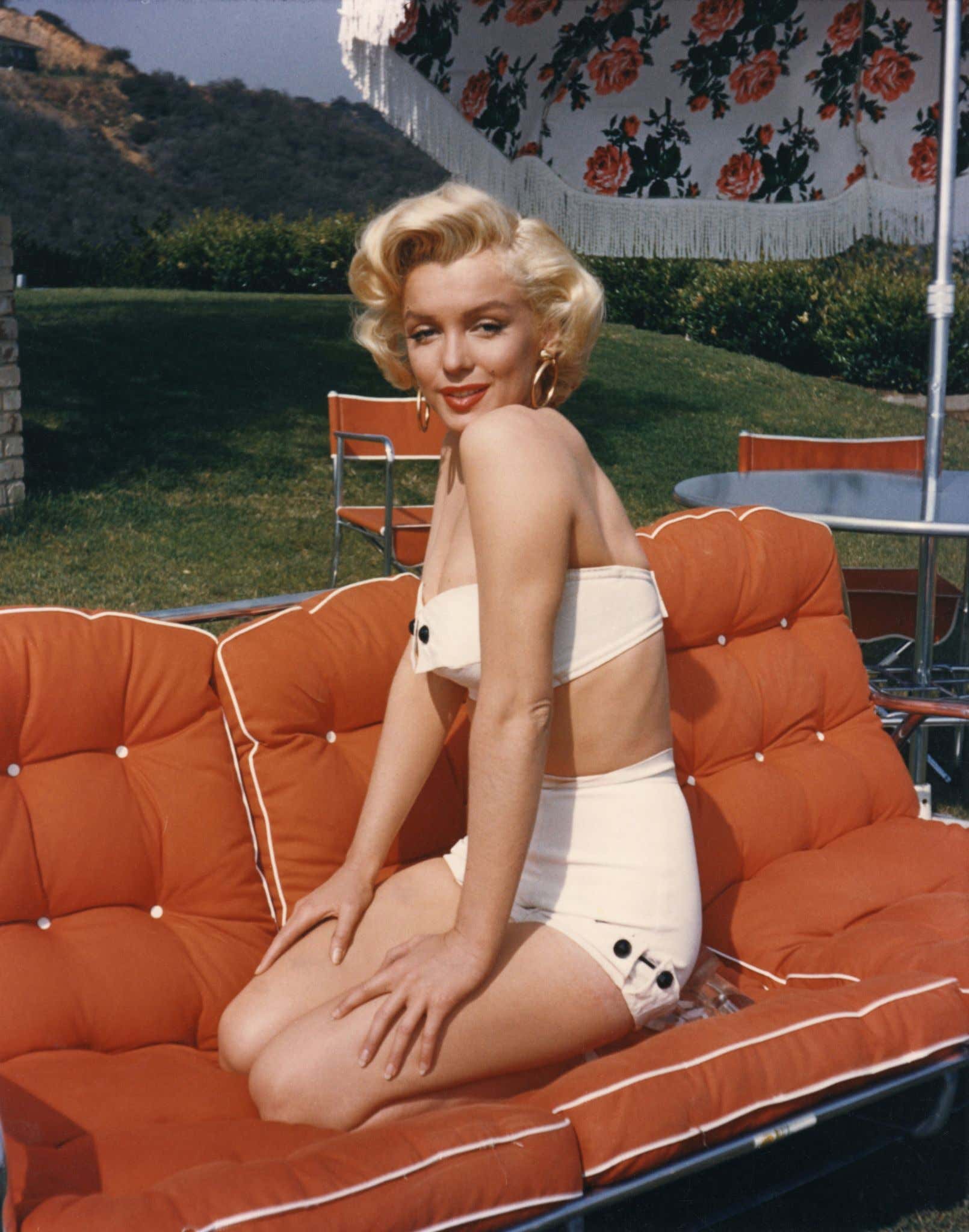