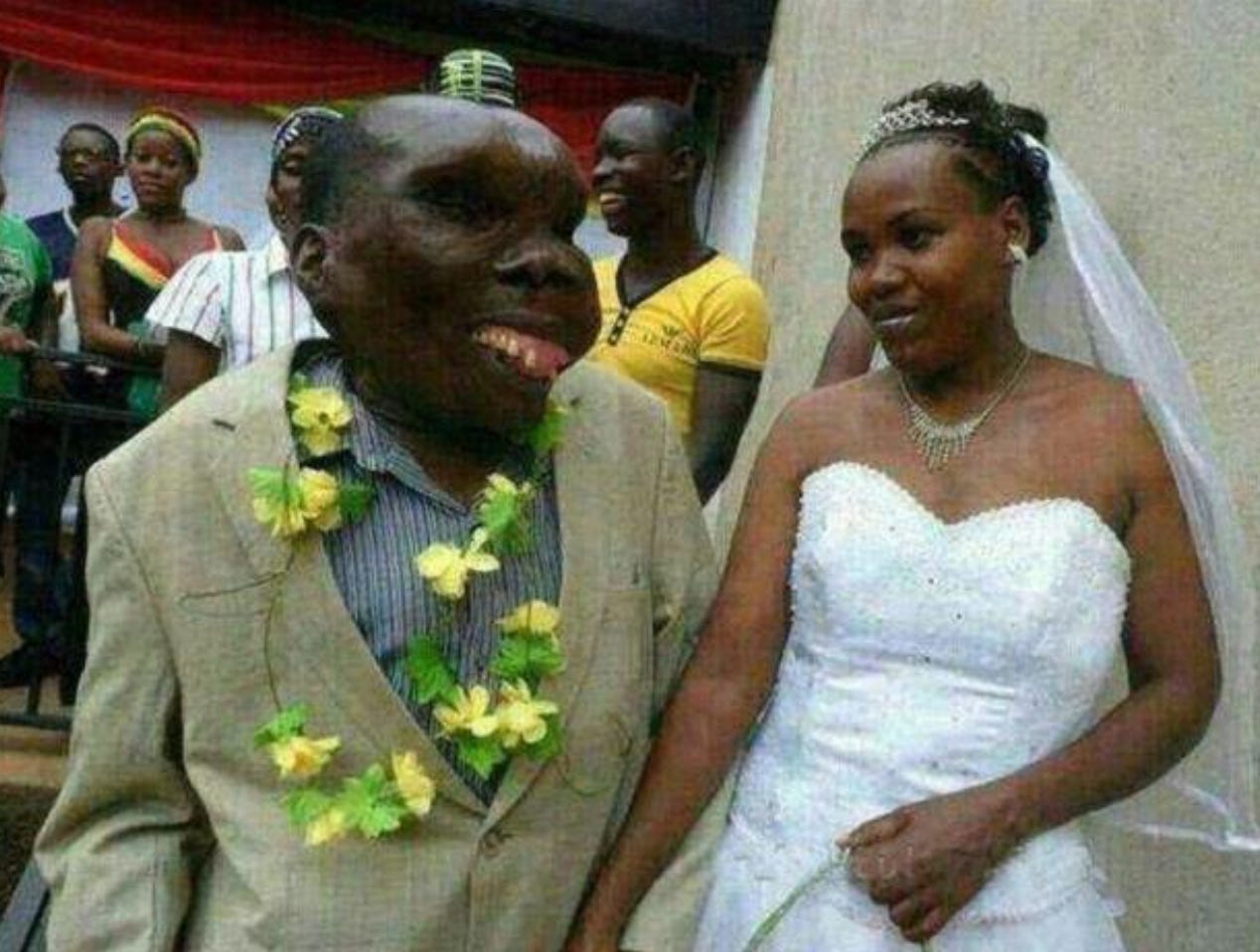 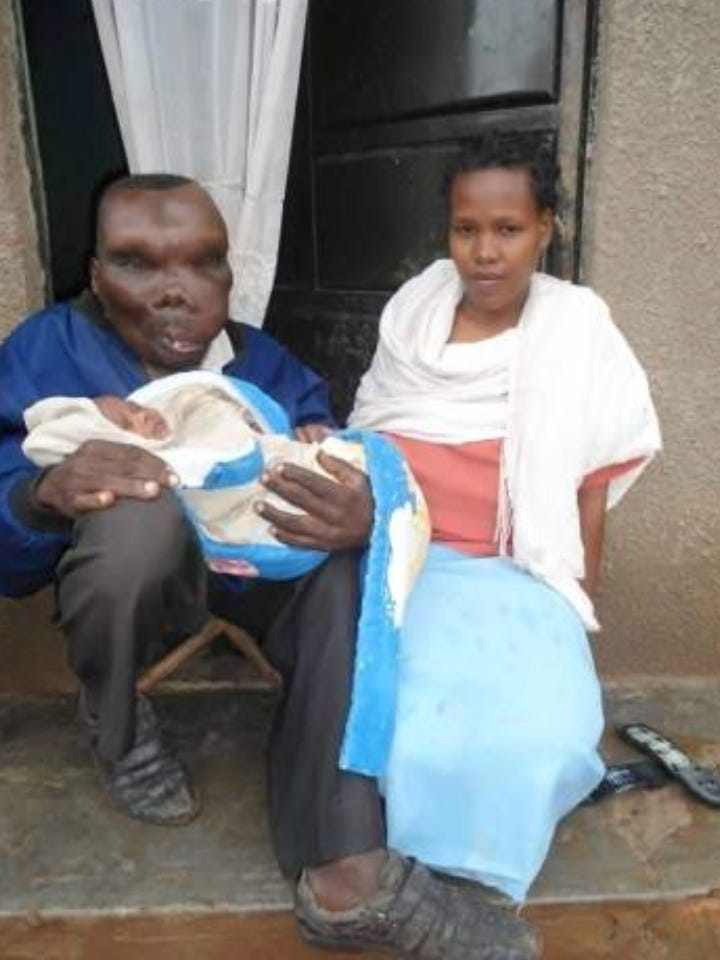 Metro- A former cobbler who has been dubbed ‘Uganda’s Ugliest Man’ has become a father for the eighth time. Godfrey Baguma, 47, who is believed to suffer from a rare, unknown medical condition, and his wife Kate Namanda, 30, welcomed a baby girl. Baguma won the less-than-favourable title in 2002, after he entered the competition to make money for his cash-strapped family. Before his marriage to Kate, Godfrey had two children with his first wife – but their marriage came to an end when he caught her cheating with another man. Describing how he wooed Kate initially, Godfrey told KFM: ‘I stayed with her four years before her people knew where she was. I didn’t want them to see me until we had a child because they would definitely advise her to leave me. ‘She left me when she was six months pregnant but I think she later accepted her fate because she came back two months later’.

Okay.  Depending on how you react to this story will determine whether you’re a Glass Half Full person or a Glass Half Empty person.  A Glass Half Empty person will hate themselves after reading the story because one might think that the ugliest man in Uganda (their words, not mine) is getting laid more than them and that’s depressing as fuck.  8 kids!  He can’t stop getting it in it would appear.  I mean how the fuck does a dude with a bulging dinosaur face get any pussy at all? Seems impossible unless he has an absolute hammer or is filthy rich.  That’s the only explanation.  No girl has ever looked at that guy and thought, “I gotta get me some of that.”  They just haven’t.  He’s either huge or has lots of money.  On the flip side, a Glass Half Full person will be motivated after reading the story because, let’s face it, if that mother fucker can get laid than anybody can get laid.  That’s the bottom line.  Doesn’t matter where your hairline resides or how many chins you have or how disfigured your face is or how weird your personality might be.  If the self-proclaimed ugliest man from his country can have sex at least 8 times then so can all of us.  I’m a Glass Half Full man myself.  The story put a little pep in this ugly blogger’s step.

You gotta respect the guy’s self awareness

Describing how he wooed Kate initially, Godfrey told KFM: ‘I stayed with her four years before her people knew where she was. I didn’t want them to see me until we had a child because they would definitely advise her to leave me.