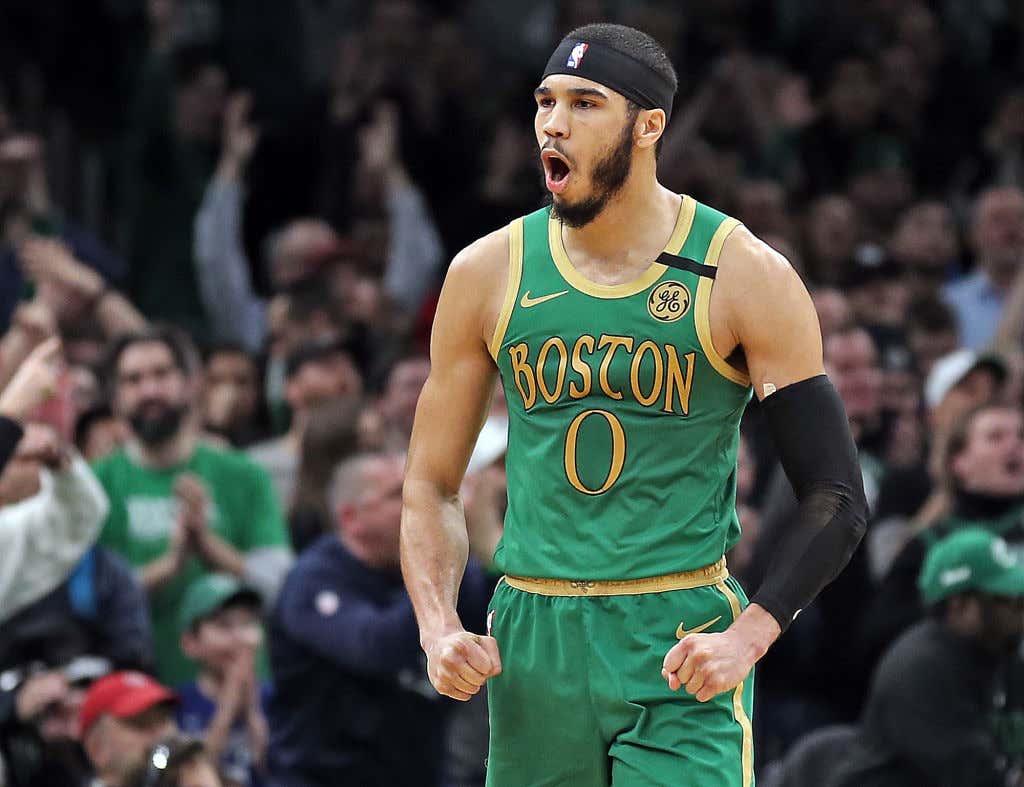 Boom. We all knew this was a formality and really only a matter of time, but as we saw other guys sign their extension like De'Aaron Fox and Donovan Mitchell, I'm sure there were some out there that were uneasy until we got the Tatum bomb. Remember, this is just like Jaylen's extension to where it doesn't start until after this coming season. That means Jayson Tatum will be under contract for another 6 seasons. The two Jays are locked up for the foreseeable future as the cornerstones of this franchise. Considering they are 24 and 22, that's pretty good in my opinion.

Throughout Ainge's tenure, it wasn't all that common that we saw him offer extensions to rookies. Before Jaylen, it was basically Rondo. He even let Smart go to RFA. But there's no need to even think about offering Tatum this max. He just completed an All NBA Season, basically threw up 25/10/5 in the playoffs and is blossoming into a two way monster. As his playmaking continues to improve, he's only going to get even better. Again, he did this at 22 years old

It's been a roller coaster of a last few days for Celtics fans. They drafted a much needed shooter, the Hayward ordeal is still being sorted out, Ainge signed two established veterans who filled two needs, and now Tatum is locked up. This is obviously the only thing in that list that truly matters, and it's nice to put this in the past and focus on the season. We all saw what it did for Jaylen's game to not have to worry about his extension. A leap from Tatum would put him 2nd Team All NBA or basically a top 10 player. For this franchise to go anywhere, that's going to need to happen over these next 6 years.