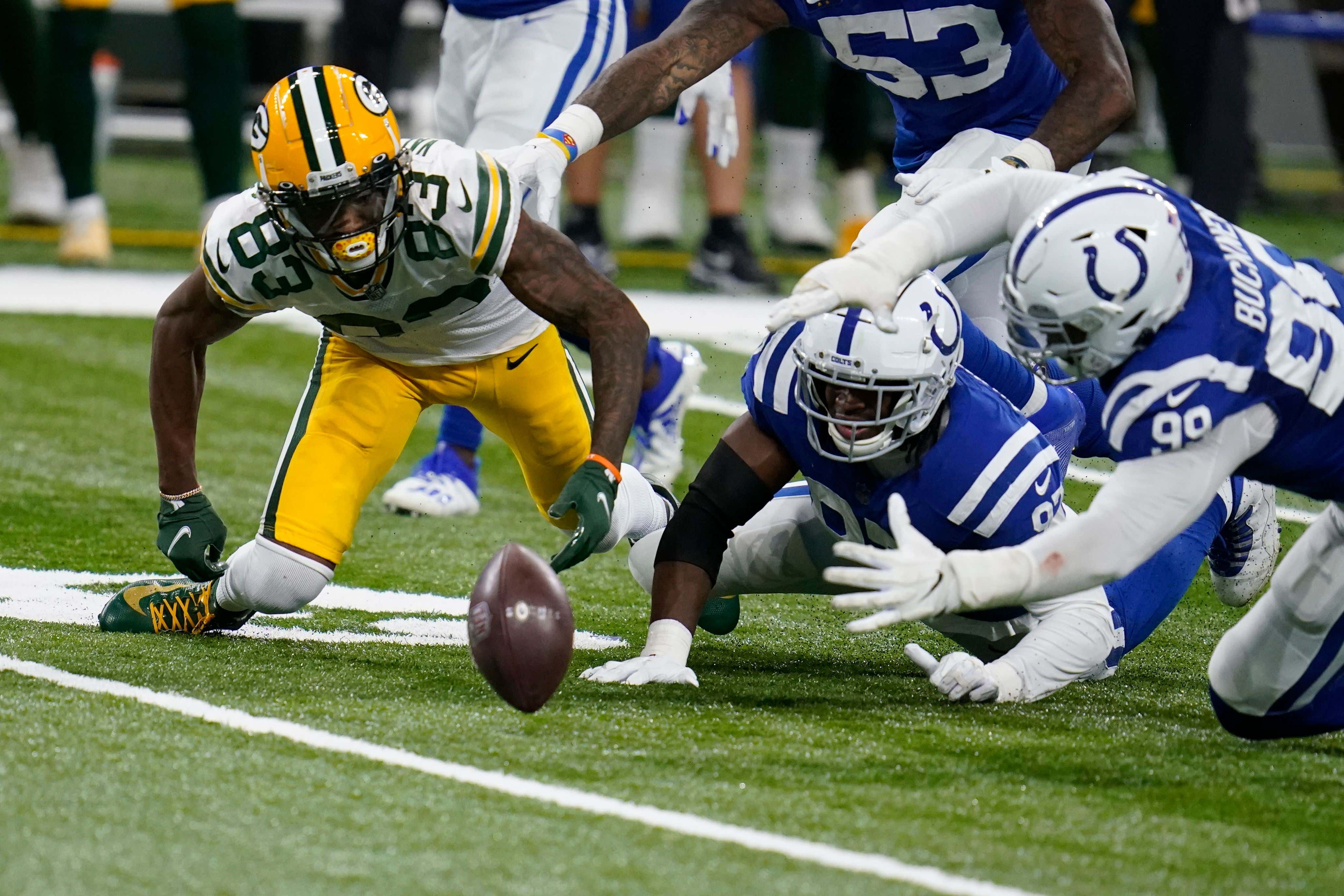 This game was an insane rollercoaster of penalties, turnovers, magic, and pure stupidity.

At the half, the Packers were up 28-14 after turning the ball over twice and putting up 14 points from two turnovers. Then I guess they decided that lead was significant enough that they could instead focus their attention on increasing their turnover stats with 11 minutes left in the game.

Makes sense. Last week the Packers offense started inside the 5 like 90% of the time, so I guess this week special teams decided to just give the ball away. And since it is the time for giving, they figured, "Hey we might as well give the Colts their first lead with that turnover and 9 minutes left on the clock!"

That's where the sloppy show really came to life!

On 4th and 1 with 3 minutes left, the Packers failed to convert after running a confusing and empty play designed specifically to do absolutely nothing. Why? Well because Aaron Jones apparently isn't a viable option on a crucial 4th & 1 and neither is Aaron Rodgers. Or maybe that's too obvious/reasonable a call? Who knows, but either way the Colts got the ball back with 3 minutes left and that was just enough time for Preston Smith to jump offsides (again) and the Packers to get flagged for having 12 men on the field.

Fortunately, the Colts made their own share of implosive back-to-back-to-back mistakes that put them at 3rd and 19 and even more fortunately, the Packers defense decided to give up only 15 yards to set up a 4th and 4. Phew. That was close.

Except… of course the Colts converted that 4th down because why, with the game on the line, would this defense make a stop? They didn't need to put in all that effort; they just needed to lay back, let the Colts offensive line get in their own way with NINE holding calls to put the ball back in the hands of the man, the myth, the legend so he could do things that only Aaron Rodgers can do.

GOOD LORD. I don't care how many times I see Rodgers make throws like that, it never gets old, it's never not incredibly impressive, and, when the game is a roller coaster of emotions, it's the kind of magic that makes you…

And when you're in that state? Well, you simply can't be trusted.

OF COURSE the game would head to overtime after that magical moment because he who giveth, taketh it away!

Liz, you dumb, dumb bitch. You just had to say something. You couldn't just enjoy the ride and relish in the greatness of your quarterback. No, you had to put that juju out in the universe so it could come back to bite you and the team straight in the ass. FUCK YOU.

People will say the Packers should have never let their lead slip the way they did, that they shouldn't have made as many mistakes as they did, that there was some questionable play-calling, and that without the MVS catch at the end of the 4th the Packers wouldn't have even been in an OT situation, but those are just logical excuses and everyone knows jinxes trump logic. So this loss falls on my shoulders and, believe me, I couldn't be more disgusted with myself.