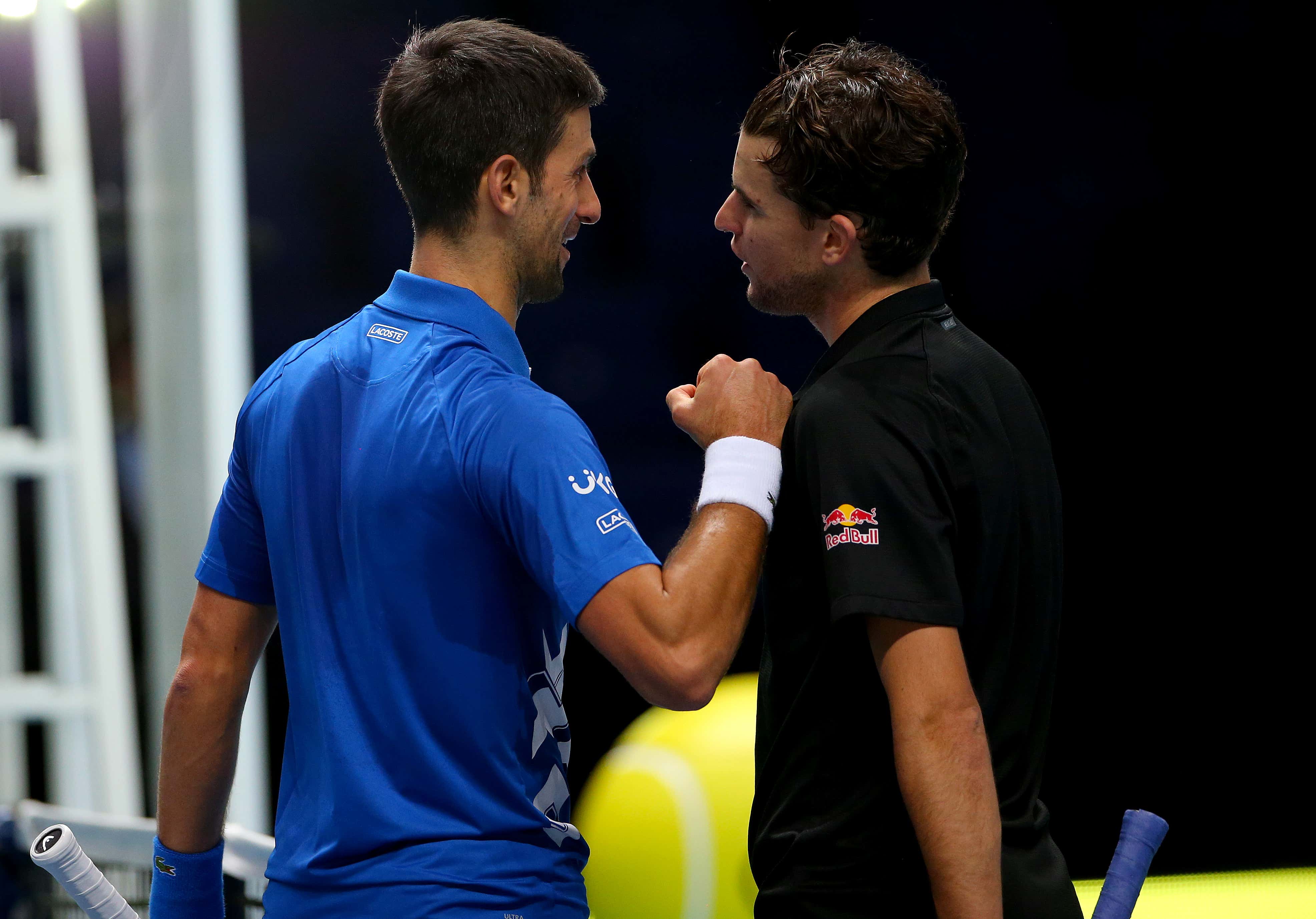 Not sure how many of you have been following along (likely only a handful), but the ATP finals have been going on in London this week. The top 8 men's players of the year get together for an indoor hard court tournament to crown a champion to end the season. I absolutely love this tournament because 1) the competition is as elite as possible 2) the colors are so soothing to the eye of an idiot like me. Today are the semifinals and in the first matchup this morning we got an absolute war between Dominic Thiem and Novak Djokovic.

Thiem was so so so good in this one. His first set was played pretty much flawlessly. Just ripping shots left and right past Djokovic.

Whenever Thiem came up from the baseline he basically won the point. His only real slip up came on match point in the 2nd set when he double faulted and gave Novak life. The deciding set went to a tie break and Djokovic jumped out early to a 4-0 lead with two mini breaks on his side. Thiem then decided to go into 'God Mode' and refused to lose this match. He ripped off six straight points to swing the match. This backhand rocket to go up 6-4 in the tiebreak was insane.

What a match. I genuinely think there is no one better in the world with a tennis racket than that man right now. The man is relentless and has the speed/power game to beat anyone. This stat is incredible.

Thiem's career year in 2020 continues and he'll get the winner of Medvedev-Nadal at 3:00. I know there's college football on today, but that's a match worth matching. Nadal has never won this tournament in his career and this is the best shot he's going to have with Djokovic out. That being said I love Medvedev and if I were in Pennsylvania I would responsibly be on the Russian -120.