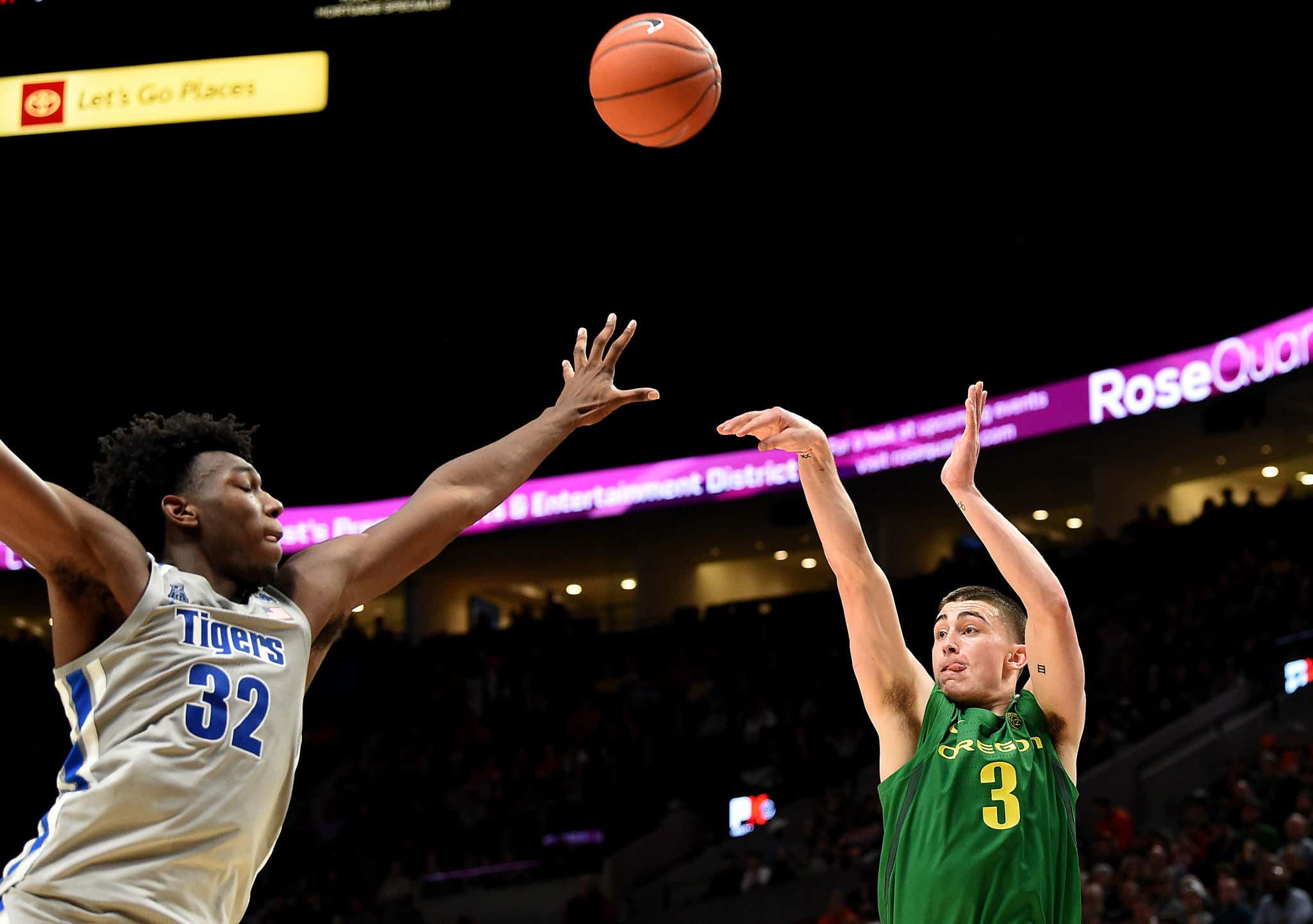 OK, hand up. I did not see this one coming. When I asked everyone at the beginning of quarantine to send me guys to watch YoutTube highlights of, nobody ever recommended Pritchard. At the start of the day I was interested in getting a big at this spot if Ainge kept it since they addressed shooting at 14, but it looks like Ainge was not kidding when he said this team needed more shooting.

He was the Pac 12 Player of the Year, put up 20/4/5 on 46/41% splits with over 6 3PA a night. OK, I maybe see what Ainge was thinking. This has the look of a guy who could help right away in the reserve guard role which I've talked about this team needing to address. He's 6'2 so it's not like he brought in another undersized guard. Remember, there might be a scenario where Brad Wanamaker isn't back, they need to fill those minutes somehow.

Picking this late, you're mostly taking fliers. I wonder what this means for Carsen/Tremont, but it sounds like this pick has steal potential. I'll wait to see him play before I declare that, but the one thing we can say is Ainge is targeting shooting big time in this draft.