One of the best parts of trade time and draft day. Woj just living in his own cell phone world trying to get scoops and beat Shams and Barstool's Fantasy Football Factory on Twitter. It's a dog eat dog world out there in the scoop world and Woj doesn't have time for some mindless segment. It doesn't matter if he's on TV, taking a shit or trying to eat when the bat phone rings, Woj is picking it up. Think it's pretty clear he's even stunned Leon Rose is making yet another A+ move with this look right here. 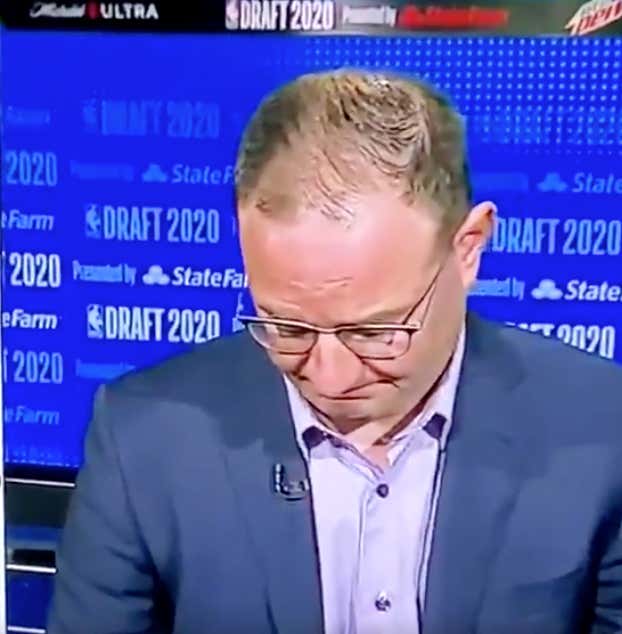 The world now waits for one of the most anticipated tweets for basketball fans because I refuse to believe it was just for this.

Also good luck scooping us tonight during the #EnBeeAyDraft led by Coley, Brandon Walker and Rone joined by all your favorite asshole bloggers including myself.