NY Post - Star instructors at SoulCycle allegedly made racist and homophobic comments on the job, had sex with clients, and fat shamed co-workers, according to a new investigative report.

But the popular spin studio chain allegedly brushed under the rug complaints about their top talent — who are referred to as “master instructors” — because they were considered moneymakers and core to the company’s cult following, sources told Business Insider.

Kelly was also the subject of complaints about allegedly having sex with clients while teaching at the Greenwich, Connecticut, location, the outlet reported.

Several people said it was well known that he was sexually involved with a number of his riders — and a former high-senior employee said he texted nude photos of himself to clients.

“That became problematic because people’s spouses were complaining, and then it caused a lot of infighting with riders as well,” the employee said according to the report.

In a story NOBODY would believe, this comes as a complete shock. Those pure of soul instructors at SoulCycle have been boning their clients.

And in just as surprising news, "people's spouses were complaining" about this.

Give me a break spouses. You're just as much to blame in this. What kind of idiot lets their significant other go to a SoulCycle class and doesn't expect them to want to fuck, or wind up fucking the instructor? Hot people want to bang hot people. It's science.

So what did SoulCycle do about all of this? They took a page out of the professional scandal crisis controller's playbook, the Catholic Church -

In 2019, the chain switched him to a schedule of mostly New York City-based studios — but they dismissed the complaints because he was “a moneymaker,” the former corporate staffer claimed.

Another New York-based instructor, Mike Press, was accused of pressuring a rider, Olivia Atherton, into performing oral sex on him in September 2017, in her Manhattan dorm room.

Atherton told Business Insider they were involved in an on-again, off-again relationship when he showed up to her dorm and repeatedly attempted to press her to have sex before he took his pants off and said, “You at least owe me this.”

Her two friends contacted SoulCycle about his treatment of Atherton, but after one of them received an initial response, they never heard from the company again, the outlet reported.

When Atherton was never contacted, she called headquarters several times and then tagged them in a tweet to which they responded by instructing her to email them, the outlet reported. She reportedly sent emails on Sept. 12 and Oct. 25 that went unanswered.

Yikes man. You're a SoulCycle instructor. Be less self-aware.

Apparently though, it's not their fault. SoulCycle corporate treats these people like celebrities.

“I guess it just upset me that they were just going to let it slide,” Atherton said. “I’m disappointed that they clearly value their prize instructors over their riders.”

SoulCycle insiders said there were numerous complaints about the other instructors over the years — but the company still gave them star treatment, Insider reported.

New York-based instructor Laurie Cole has been repeatedly reported for her behavior, Insider reported, but the company still shelled out for her exclusive Soho House membership, which runs upwards of $2,400, and paid for a loaned Mercedes Benz for her to drive around the Hamptons.

Last summer, Cole was reportedly accused of discrimination by a pregnant rider when she allegedly forced her to move at a Hamptons class from a reserved front-row bike — which are typically occupied by the most attractive people in the room, two people told the outlet.

“She was, like, ‘Oh no, no, no — I need you to come sit here,’ and put her in the back corner and moved a more fit, attractive person in front,” said a former corporate staffer.

“She has taken photos of staffers who were maybe curvy and said, ‘This is not on brand for my check-in. I don’t want this at the front desk during my classes,'” the former manager told the outlet.

"Hottest people ride up front. Fatties and pregnant women in the back." I think that's splashed across the top of their website, but I could be wrong. 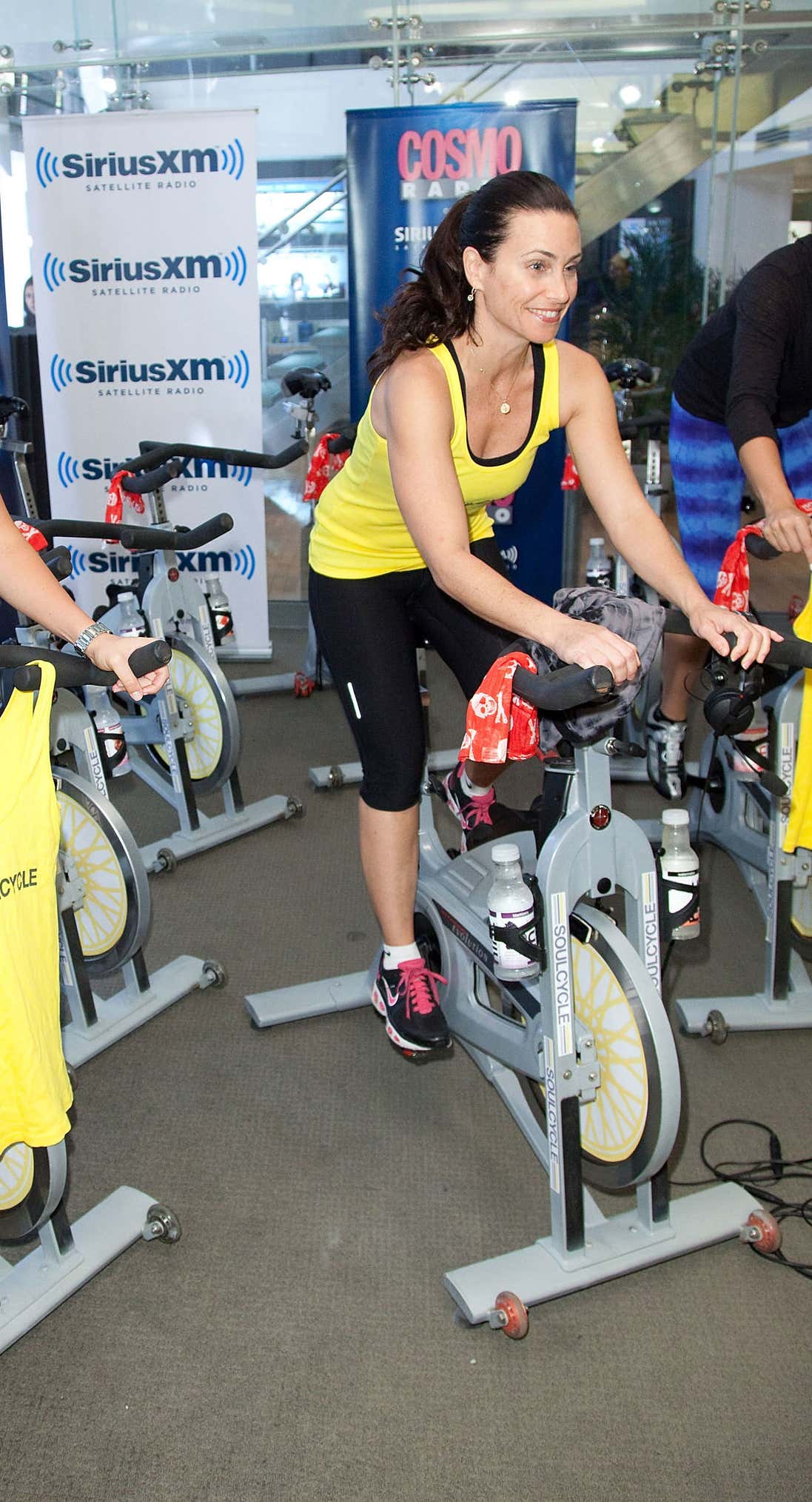 In another incident, Cole reportedly used language that was deemed homophobic in 2017 when discussing the new manager of a Park Slope studio that was set to open.

Referring to the new manager, who was gay, she allegedly told another employee, “Well, they better not hire a bunch of twinks to work there.”

Not sure what a "twink" is but I don't think it's good? Or maybe it is, and Laurie Cole is just intimidated by them? Either way, she allegedly did not want them working on her turf.

No matter what way you cut it, just a really tough look here for SoulCycle. A brand people used to think represented trust, character, faithfulness, dependability, and fidelity. No more I guess.

p.s.- full disclosure, I am and always have been a big Peloton guy. "Early adopter" you could say. Was dead against the idea of it and fought it as much as I could with my fiancé until she just ordered it and it showed up at our door. I quickly became addicted to the thing. Total game-changer. Can't say enough good things about it. And it's primed for another blastoff this holiday season so get while the getting's good.