Every year on the day of the NBA Draft I think of this moment. It's forever burned into my memory as will the name Jan Vesely. Can you believe he's still just 30 years old and tearing it up in Europe? This feels like it happened 20 years ago. What a story Vesley was/is too. He was branded the second coming of Blake Griffin. He drew comparisons to Dirk. He had the nicknames of the Flying Czech and The Helicopter. Just A+ nicknames. You have to be a star with those sort of nicknames.

But back to draft night. 2011 to be exact and he delivered the greatest kiss in TV history. Hell, he was even asked about it during one of his first interviews in Washington (h/t Post).

“All the news is writing about that,” Vesely said. “I think nobody knows about the picks, it was on that night, everybody talking about the kiss. I think we went to history.”

To this day we've never seen a kiss like this. We've seen smokes - Luka's mom, Trey Lyles' girlfriend. We've had memorable outfits. We've had crazy picks. But never two people so happy to make out on TV. It's not even like they held back. They just went right for it. It was basically foreplay making out and I can only assume once his interview was done, they found a quiet space somewhere in the building for a quickie. Plus, it's not like anyone great went after Jan: 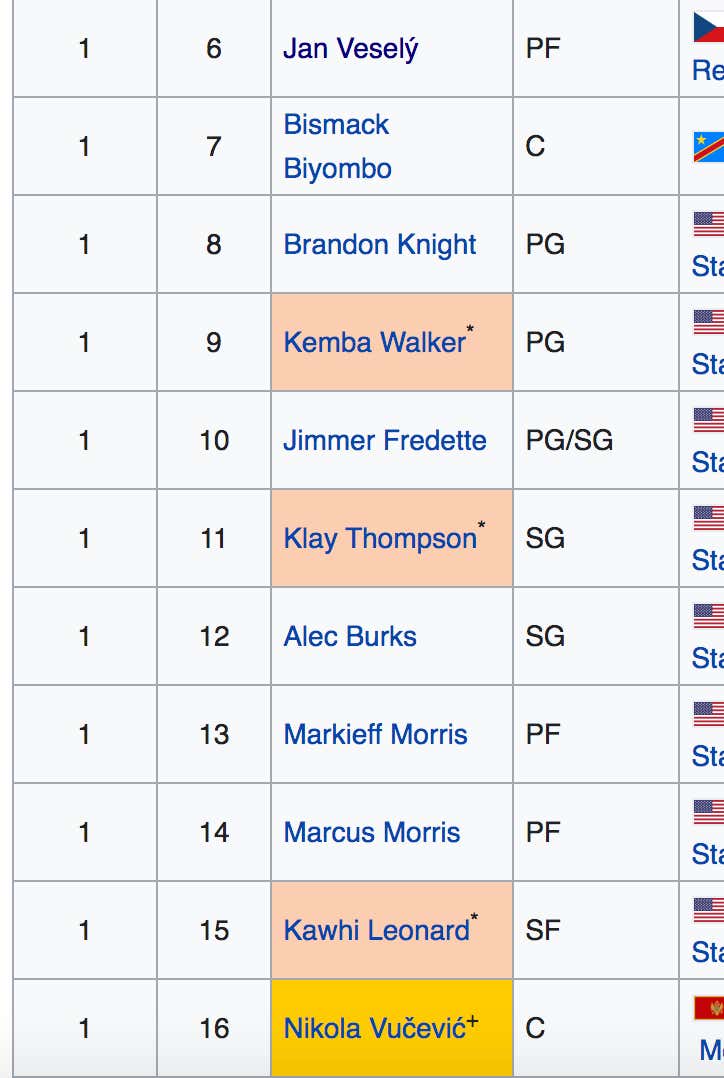 And as for his girlfriend, here she is:

Good for Jan to rebound though and turn into a monster at Fenerbache. He won EuroLeague MVP in 2019. He's a 3x All-EuroLeague First Team player. Let's not rule out him coming back to the NBA and tearing it up. I actually want that more than anything now.

PS: My second favorite moment was Samuel Dalembert coming out of the stands and surprising David Stern.