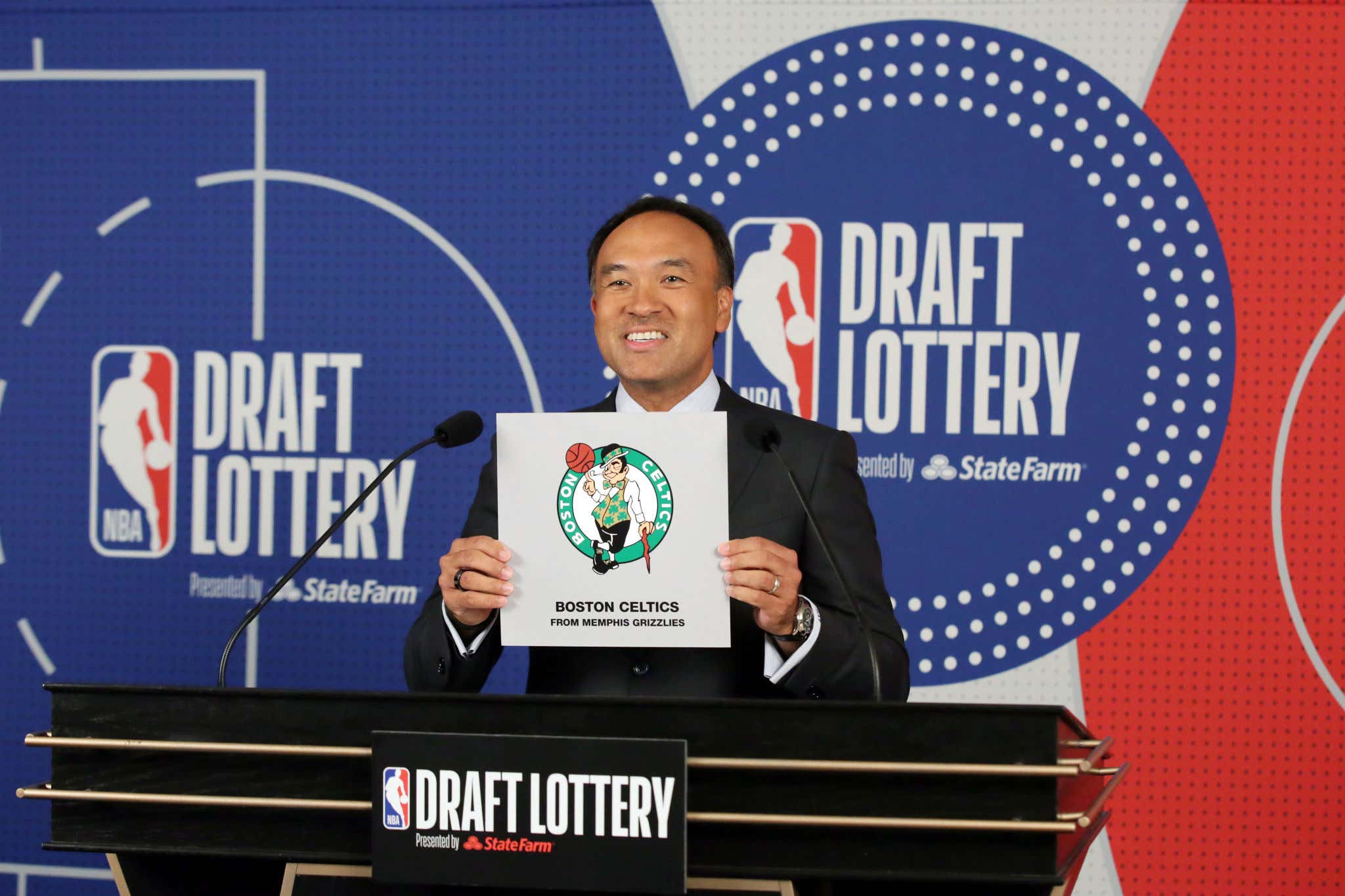 Alright, the day has finally arrived. I needed to take a break from doing nothing but refreshing my timeline despite already having alerts on for everyone, so we're going to talk about what I want the Celts to do tonight. You may have a different opinion, that's fine, I'm not saying my way is the only way, it's just what I would like to see happen.

The one thing we can't do is assume trades. We all know they aren't happening, but even if they do, it's hard to know what they will be and how it might impact who the Celts take. So for the sake of this blog I'm going to just talk about the type of player I would want at each of their picks. My assumption of who will be available will be based off what we see in most mocks. This doesn't mean I want them to keep all the picks, calm down. I have said time and time again I am in the camp of combining picks to move up. Doesn't have to be a drastic rise up the board, but there aren't enough spots for everyone. Something like what the Knicks did to condense late picks this morning would be perfectly fine with me if that's all there is tonight. Let's dive in

Based on what you see around this range, this is where Ainge should be able to find the bench shooter that this roster desperately needs. Names like Bey, Maxey, Nesmith are all being projected around this pick. Ainge might also have to opportunity to address his backup PG need if he wants with mocks having Killian Hayes/RJ Hampton/Cole Anthony around this range as well.

For me? If this is a pick the Celts end up keeping, I'd prefer the best shooter on the board. Doesn't matter who it is. If you watched the team this postseason, you know how important bench shooting is. The Celts don't have it. If you're telling me they could land someone like Aaron Nesmith and his 6'6 frame combined with solid shooting metrics in college then I'm all for it. I know Brad doesn't really play rookies, but if you can flat out shoot the ball I don't see how that player doesn't crack the rotation.

Is it unrealistic to think that Jalen Smith falls this far? Probably. But someone like Jaden McDaniels could be there, or the center from Arizona. This is all irrelevant obviously if Ainge trades up for a big using the 14th pick, but if he doesn't this is where I want him to address it.

In an ideal world this big would be someone who can play in P&R, can stretch the floor and also isn't a total negative defensively. From what I've read maybe that's someone like Xavier Tillman out of Michigan State. Again, all I care about is addressing the need at the position. I won't try and tell you who is going to be better than who. Just find a big man.

In a perfect world, the Celts won't even have this pick. But if they do, it's time to find some guard depth. I still feel like people don't pay enough attention to the guard rotation heading into next season. If Wanamaker is gone, this team is real thin at the position. I don't think Carsen and Tremont are ready yet.

That's why if I'm looking for a point guard, I want Ainge to take one with some size. Someone like Tre Jones or even if he has to reach on Cassius Winston, that's fine by me.

Once you start getting into the middle of the second round, I'm not sure it really matters. Just take a risk on a guy. Maybe that's Killian Tillie, the 6'10 PF out of Gonzaga who has injury issues. Maybe it's Reggie Perry or Nico Mannion. Point is, at this pick in the draft I don't really care about the position, just take a chance on a guy that maybe could surprise you.

In reality, Ainge should 100% trade this pick, even if it's for a future 2nd rounder.

As someone who has lived through plenty of Ainge drafts, I'm certainly prepared for everything. Major moves, major rumors that end up being nothing but smoke, keeping all the picks, trading the picks for future picks, I'm ready for all of it. I do think there are ways you can do a combination of things in terms of finding players to help you now while also combining your picks, so hopefully that's where we net out.