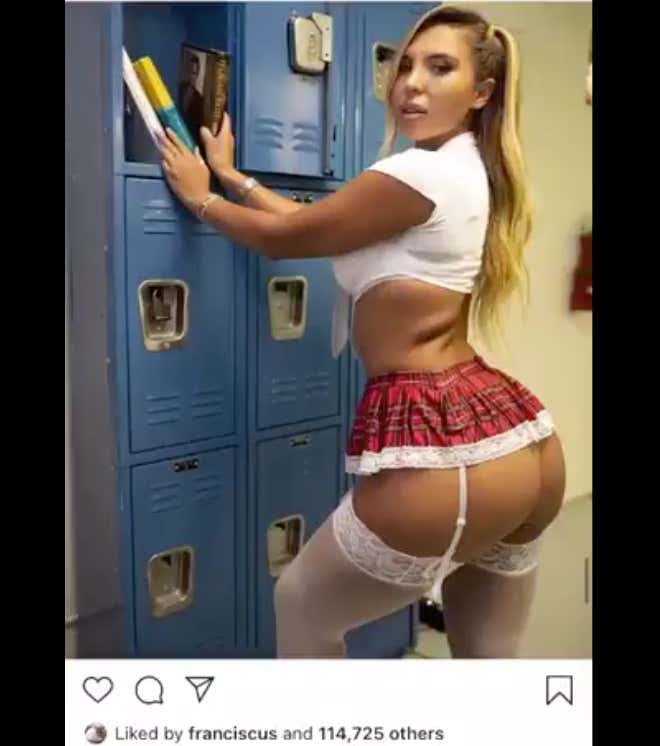 NY Post - The Vatican has launched an investigation into how Pope Francis’ official Instagram account “liked” a sexy photo of a bare-bottomed Brazilian model, according to a report.

Sources told Catholic News Agency that an internal probe is underway into the act involving Natalia Garibotto’s Instagram pic of her dressed in a racy schoolgirl uniform.

News reports surfaced on Nov. 13 that Francis’ verified account “liked” the post but it was then removed on Nov. 14 — after CNA asked the Vatican’s press office for comment.

Nothing like a good ol' internal Vatican probe to really light the Pope's ass up. Seems they are not happy that the Horny Pope is going around clicking "like" on fat asses on Instagram. Come on, Vatican, join us in the 21st century. You can still go to Heaven even if you get a little chubbed up for a fat ass every now and again, that's part of being alive. Part of being human. Ever since the Garden of Eden man and woman have been trying to sneak around the lord to get their rocks off. The catholic church took a very ill-advised U-Turn at some point, but if now all they are doing is double tapping pictures on the internet, I think we can all consider that a major victory. 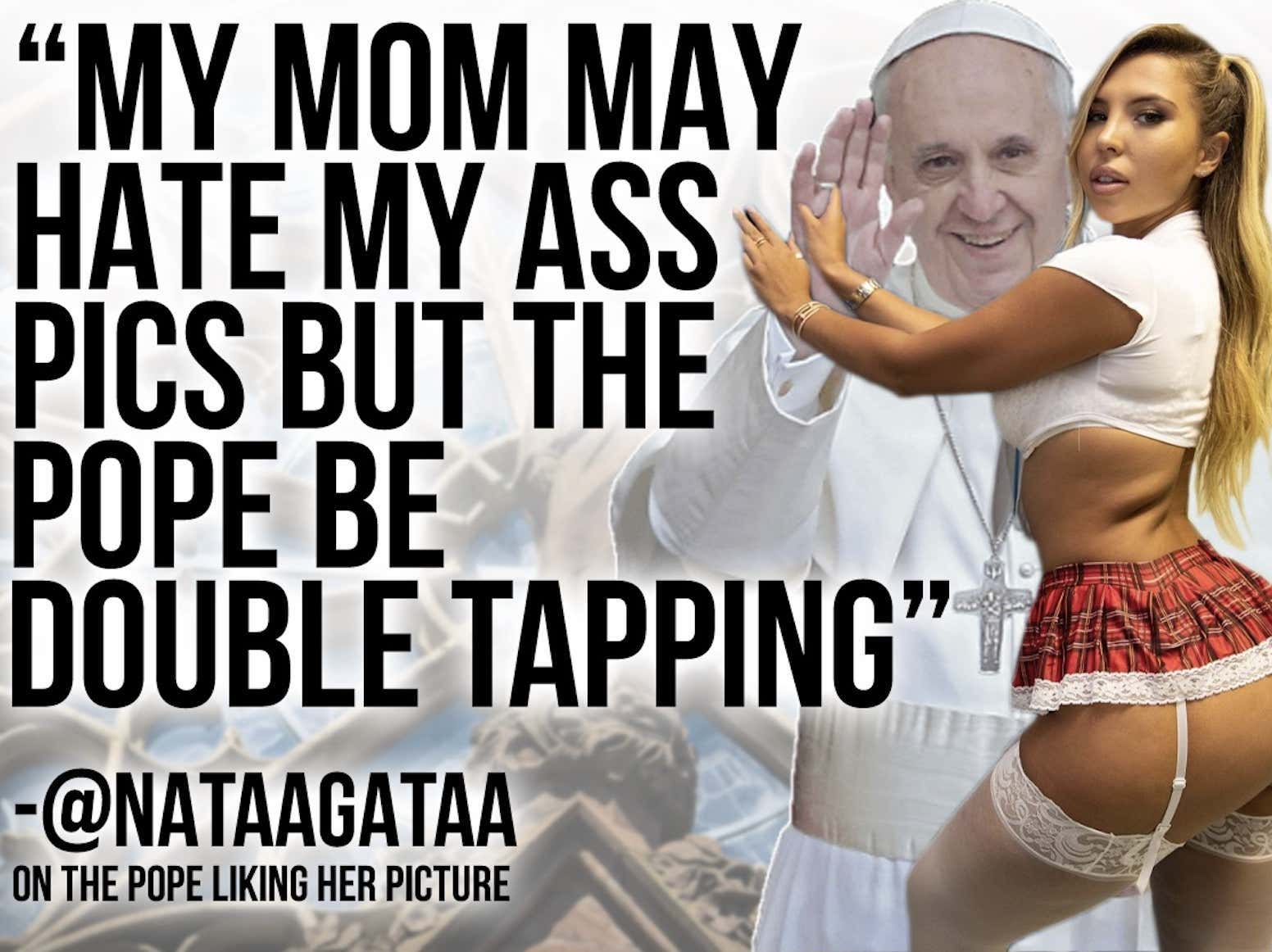