NOTE: I STRONGLY RECOMMEND SCROLLING THROUGH AS MUCH OF THIS VIRTUAL TOUR AS YOU CAN BEFORE READING THE BLOG

While doing my usual surfing around the bottom barrel of the internet, this house came across my radar. The instructions were simple:

Start the virtual tour and see how far you can get.

Well, I did it. And boy, did it not disappoint.

While the foyer might seem like standard appalachian man's house (complete with dirt, loose electrical wiring, pallets of Monster Energy drink and a box set of 'Ancient Aliens'), a quick trip down the stairs reveals much, much more.

Next, we move on to the bedroom. Please note the Queen-size mattress that uses two twin-size mattresses as a bed frame. Also featured is an Inversion board (gotta stretch before doing this anyway) , the multiple empty tums cannisters, and stack of goods mounted by a fat cat.

Then, we go into the kitchen. This kitchen also doubles as storage, just like the bedroom. Among the good you will find presumably week old Dominos on the table. Looks to me like 2 medium pizzas, chicken kickers and cheesy bread. I'm starting to like these guys.

Next we have what I'm calling the the D-Wing. You want 200 copies of Fun with Dick and Jane? 25 copies of a Thomas Friedman book? Creepy porcelain figurines? Halo? (just plain halo)? Or maybe a bunch of books on Czechoslovakia? The X wing has you covered 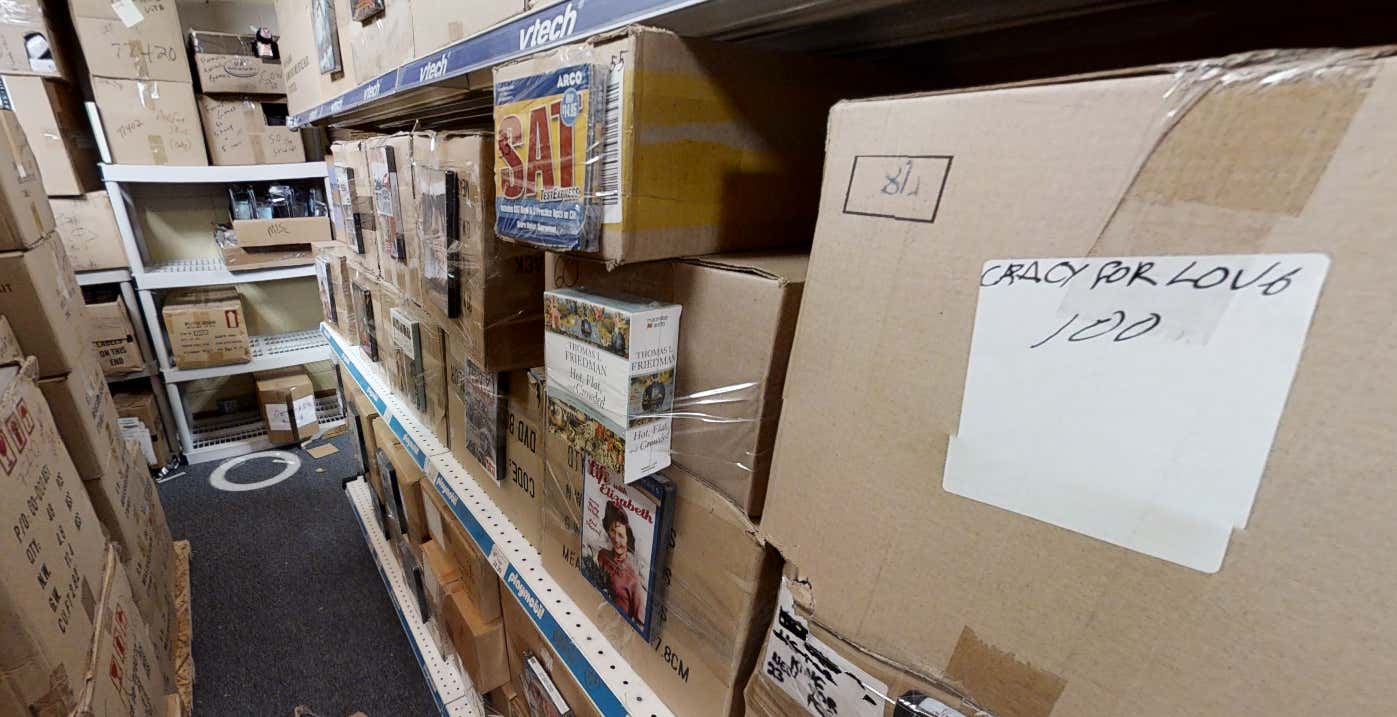 We then move upstairs to A-Wing, which is mostly DVDs with a rather good CD collection. Also, if you are in the market for 3 Xbox 360's, this is your floor. 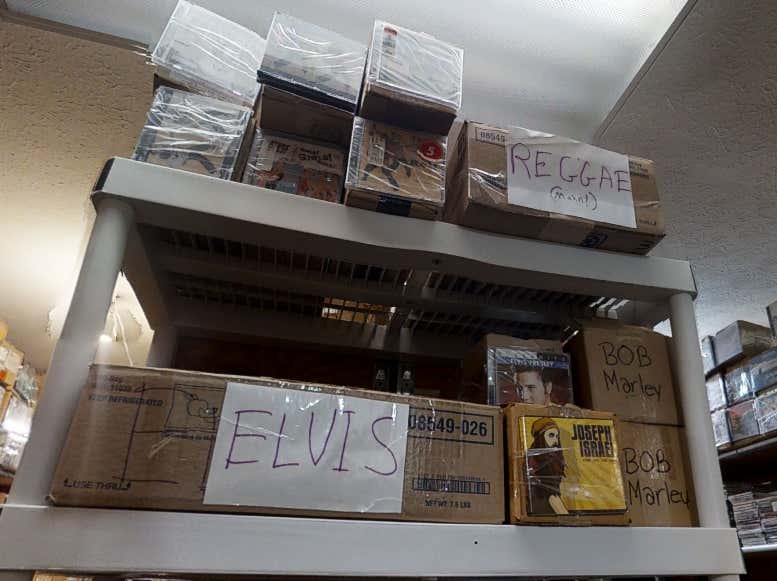 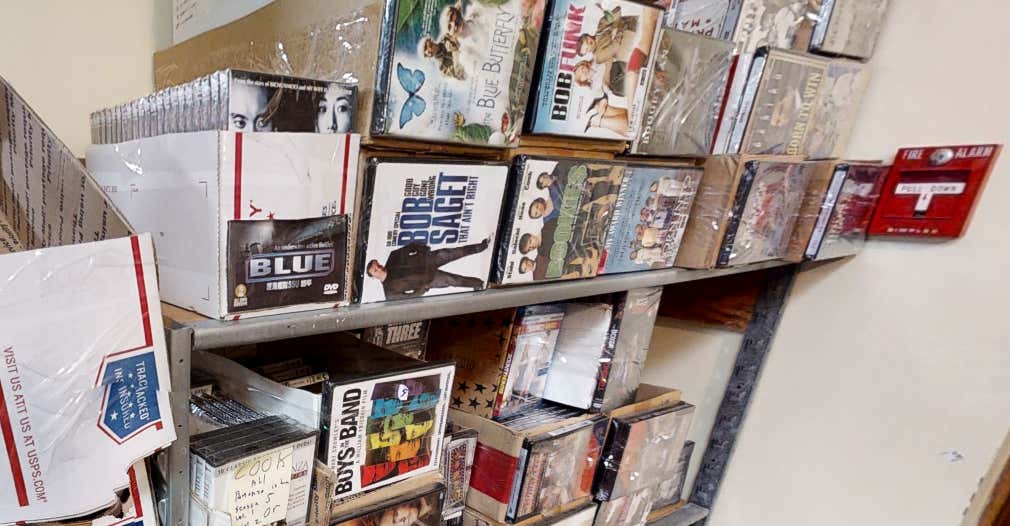 Now, we get into the really freaky shit. This room may seem like an innocent storage point for hundreds of Girls Gone Wild and also Religious Motivation DVDs, but a deeper look reveals maybe the weirdest shower setup you will ever see.

This was the limit of what I saw on my first run, but twitter found even more:

I absolutely needed to know more about what the fuck was going on here. A quick search revealed that it was essentially a house/warehouse that was a storage warehouse for people fencing stolen goods online. Some people disputed it and luckily, an internet detective was able to get in touch with the homeowner. This is what he said:

He addressed the criminal charges immediately. The terms of his settlement limited what he could say about the raid, but he told me he’s nearing the end of a seven-year probation period for his organized crime charges under the RICO Act, as well as tax evasion.

As Curtis describes it, he never knew that he was selling stolen merchandise at all. He was running a legitimate family business buying discount goods from peddlers marts and flea markets and reselling them for profit on Amazon and eBay.

He also addressed the makeup of the house, revealing that it was a former Church.

The house was originally a church and a Christian school, with the small house first built in the 1950s, and two larger structures added in the 1970s.

Its origins as a church explain the unusual bathtub. Curtis confirmed that it was once a baptistry, a large pool that originally opened out into the congregation for baptism viewings, before they walled it off and his nephew plumbed it as a shower.

So the Girls Gone Wild sauna was actually a baptismal bathtub. Makes sense. While the main mystery is debunked, I'm still content to continue searching through this ENDLESS maze of treasures and trinkets. Every time I think I've found it all, I discover a whole new group of, like, 20 rooms. Happy hunting, my friends.