Source - The Gypsy King is gearing up for a fight with undefeated German star Agit Kabayel(reportedly happening in early 2021) -- and he's been busting his ass in his gym in Morecambe Bay to get ready.

But, the 32-year-old took things to another level on Tuesday -- when he rocked the heavy bag so hard, it looked like the sky was falling! You can see pieces from the ceiling -- where the bag was attached -- came crumbling down on top of the champ, who tried to move out of the way!

At one point, you can hear Fury say, "That coulda come down and hurt me, ya f**kin' idiot!"

Despite the collapse, Fury was still feeling an adrenaline rush and wanted to keep training -- so he simply moved to another bag and kept punching! After the workout, Fury said the workout was "fantastic" -- noting he's been "absolutely smashing it!"

Well there you have it, Tyson Fury's Shaquille O'Neal moment. Was it as iconic? Of course not, but it was so perfectly him that you can't help but love it. I mean what other heavy weight champion of the world works out in a gym with a drop ceiling? With this guy?... 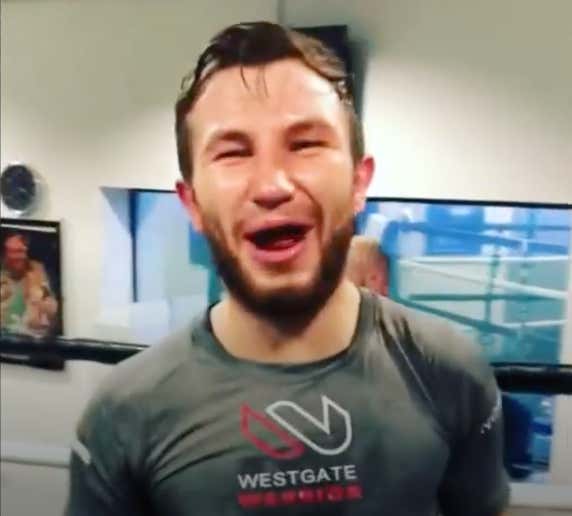 The punches didn't even look that hard either. Heavyweight punches never look hard until they hit someone, which is the exact opposite of the lightweight twinks like Ryan Garcia. Regardless, anytime Fury is on camera he's electric. He's like the Frank The Tank of boxing. You never know what he's going to say and his accent is fantastic. It's one of those gross, working class, British ones too so everything he says sounds great.

Fury was allegedly training for a fight against German boxer Agit Kabayel in that video not that anyone cares. People want to see him fight either Joshua or Wilder. Anything other than that is a waste of time. Hopefully he sticks with the training, though, it appears to be working. Take it away, Shaq!