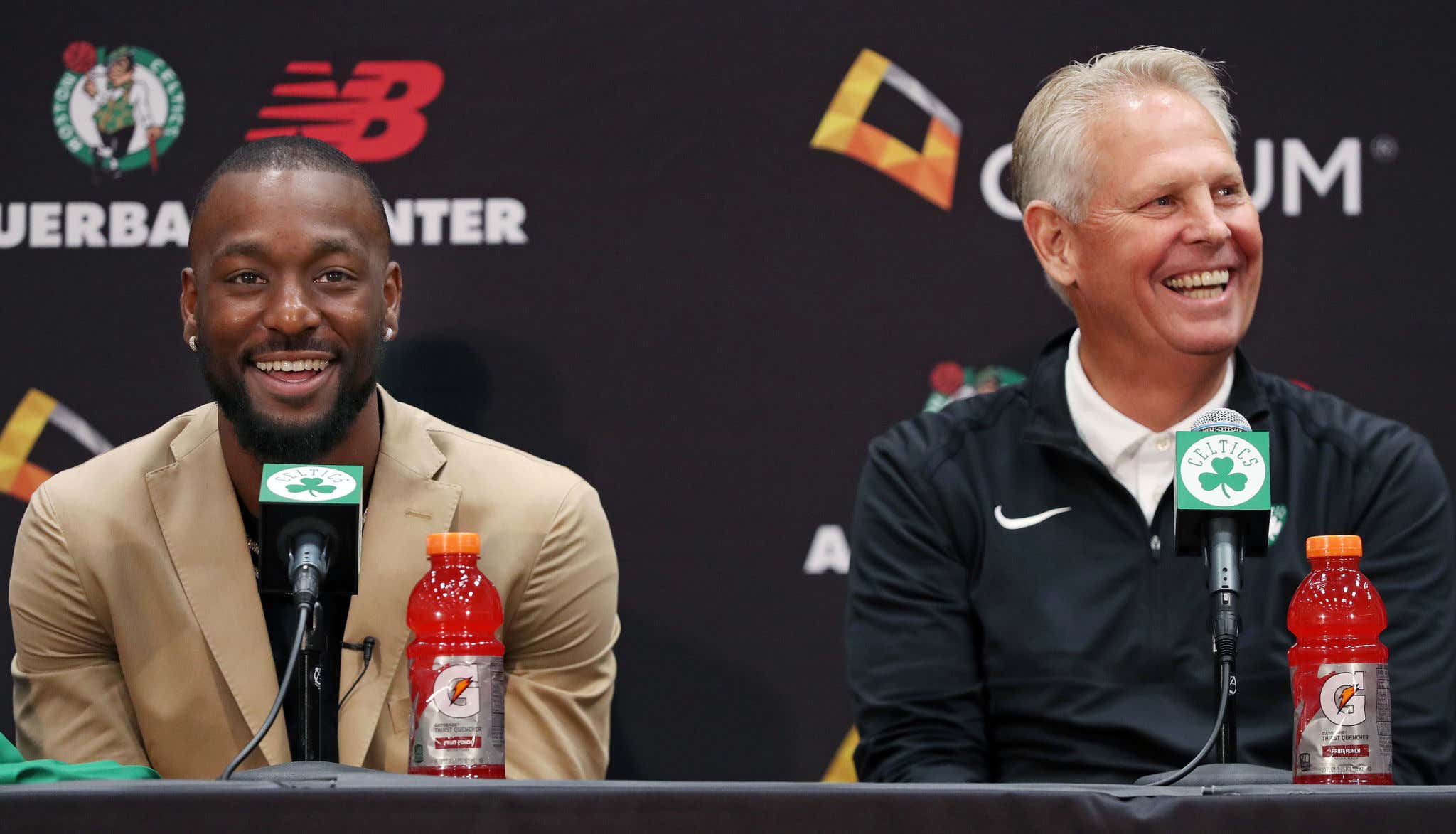 Here's the thing. I don't have sources, you don't have sources, but that doesn't mean other people don't. At a time like this where rumors are swirling it can be hard to know what's real and what is a smoke screen, but having been through a few of these with Ainge at the helm of the Celtics, I am not even remotely surprised something like this was tweeted today.

Anyone who follows this team knows that the Celtics are going to be tied to any big name that is on the free agent or trade market. Doesn't matter who it is, you'll see the Celtics name involved. Could be bullshit, could be true. Who the hell knows. The next thing we know to be true is that once Danny Ainge does not trade or sign that player, we'll start to hear allllll the leaks about how he was seriously interested, he offered whatever, and it just didn't happen. That's the lock of the century.

So no, it's not all that shocking to hear that Ainge was "throwing Kemba at everybody trying to get picks for Jrue". As we learned, it took 3 first round picks and 2 pick swaps in order to bring Holiday in. Whether you think that's fair value or not, that was the price dictated by the market given the Bucks were backed into a corner. They either need to keep Giannis happy or he dips, simple as that.

Remember, there was also this report from yesterday

To me, there's enough smoke here to suggest that Ainge was in fact interested in a potential Holiday trade. Here's where things get a little tricky though. Let's say Ainge called the Pelicans and said he'd offer Hayward + picks. The Pelicans come back and tell Ainge the amount of picks it would cost. He then needs to find a third team for those picks. Here's where things get confusing for me though. Say he unloads Kemba for those picks, he has to return the same money in salary. If the plan is then to trade Hayward to NO along with those picks for Holiday, are the Celts better? It removes any potential Hayward to IND trade that brings in Myles Turner that everyone wants, the whole thing seems a little suspect.

Then you factor in the optics of trading your max point guard who just signed, bought into everything you could ever want in terms of being a Celtic, is a fan favorite, and oh yeah, is also pretty fucking good and arguably a better player than Jrue Holiday, especially offensively. Nowhere close as a defender, but is that gap worth the PR you would have to deal with around the league? Is Jrue Holiday worth that? I guess it all depends on what players would be coming back in a separate Kemba trade.

I know there are Celts fans who are annoyed that Ainge didn't pull a trade last night, but he couldn't until he knows for sure what Hayward is doing and officially opts in (if the plan was to trade him). That didn't happen last night.

I also question how much Ainge is willing to ruin the chemistry around Kemba when he was signed in part to fix the chemistry, which if you watched this team all year you saw how much it improved from 2019-20. I'm sure Ainge placed calls like he always does, but who knows how real of a possibility this really was. When you take a step back and look at the entire situation, I'm not sure this passes the smell test.