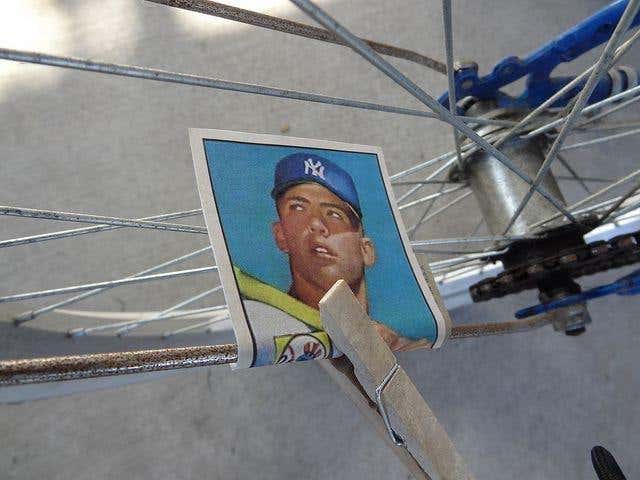 What's up with that?

I feel like there's never been a time where more people have been so quick to identify themselves as "cyclists", yet when is the last time you've seen any of these posers throw a Mark McGwire in their spokes? Any of those dorks you see ripping through the streets not giving a single shit about obeying traffic laws ever have a Ken Griffey Jr. making their Schwinn sound like a Harley? Doubt it.

When is the last time you've heard this glorious sound?

Probably not since the Clinton administration.

I don't know who is to blame here. For starters, I'd say the internet. But that's an easy target to blame. Obviously the digital age more or less led to the extinction of trading/collecting baseball cards. Other than that dork Rovell. But I'd also say that washing machines and dryers are also at fault here. I mean how many people do you know who still hang their clothes out to dry on the clothesline these days? Probably nobody. Which also means that probably nobody has any clothespins laying around somewhere in their home.

It's fucked up, man. Whirlpool, Maytag, Kenmore. They should all be ashamed of themselves.

Sidenote: Greatest card to ever clip on to a set of spokes was Eugene's Mickey Kaline card. Thing was a beauty. 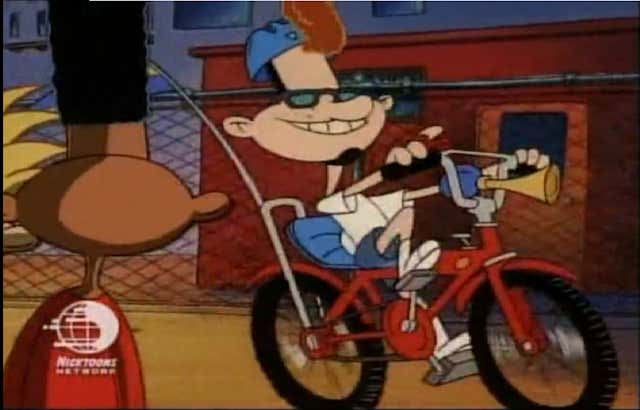