Remember back in 2017 when Chris Pine hosted SNL and opened with a charming monologue about how no one knows which Chris he is? Other cast members confused him for Chris Pratt and Chris Evans and he playfully joked that he was neither one of them or Chris Hemsworth, he was Chris Pine. Then, in case that wasn't enough of a clarification, he did a little jingle and paired it with maybe the most handsome composite of all time. 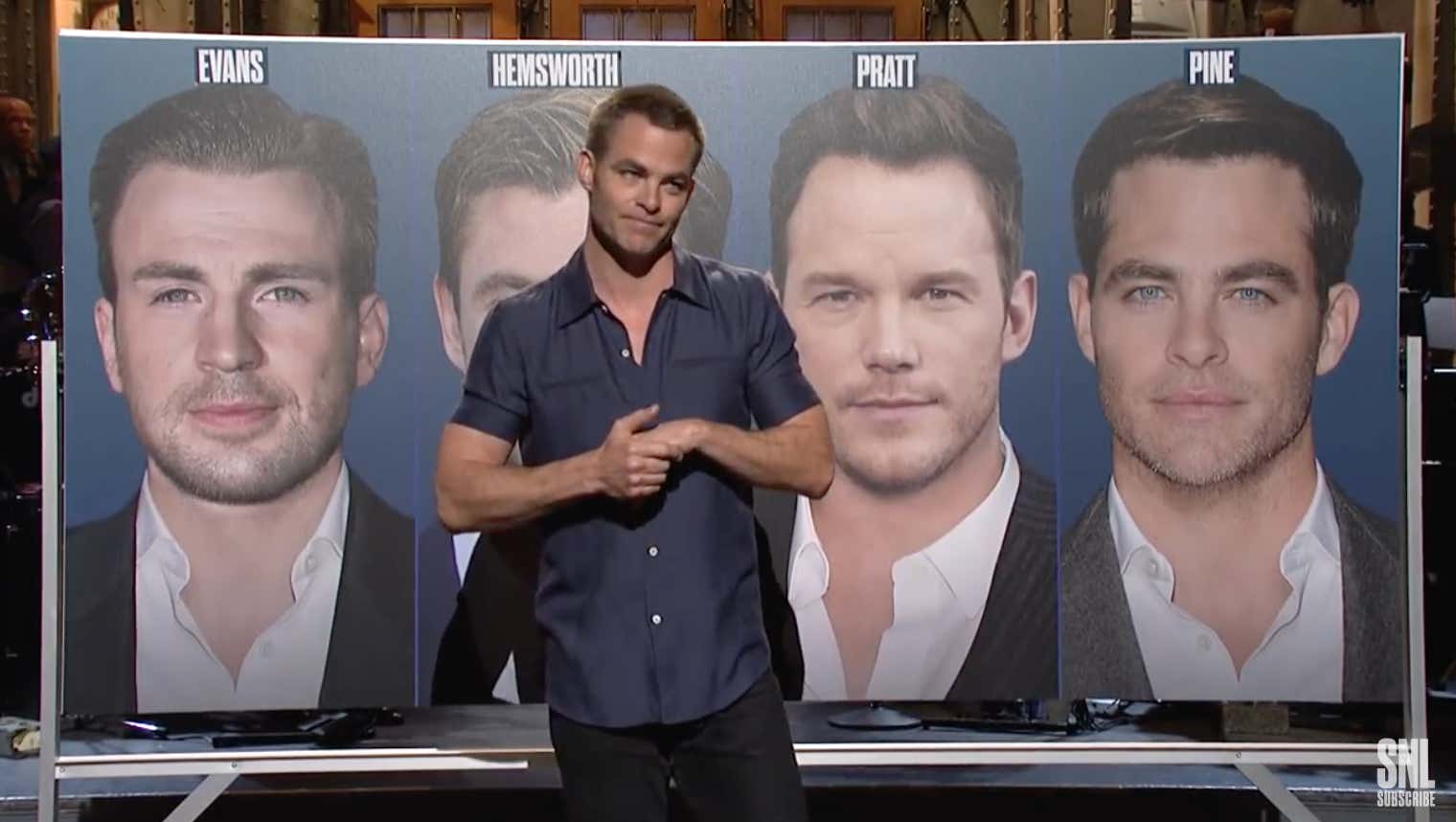 It was adorably self-deprecating and quickly moved him right up the Chris rankings nobody truly gives a shit about.

Well let's flash forward three years to the continuation of those super official rankings via Twitter:

Is asking people which Chris they would eliminate if they had to eliminate one, the nicest proposition out there? Definitely not, but  - and I can't believe I have to clarify this - it's also not real! No one is actually suggesting one of the Chrises should suddenly disappear off the face of the earth because they're not the "best" Chris! It's a make believe "what if" developed to create silly conversation and discussion between people who are seeking mindless entertainment. None of the people commenting know any of the Chrises and, as such, all of their opinions are based on the characters they play on television/film and the little the public knows about them.

Why any of the Chrises would genuinely care about who randoms on Twitter have deemed "the worst" Chris is beyond me.

And why any of their relatives would feel the need to validate this silliness by talking about it is truly puzzling. (source: VANITY FAIR)

Now, one month after the fact, [Patrick] Schwarzenegger is also speaking out on behalf of his brother-in-law in a new interview with Variety. “It's crazy,” he told the outlet of the internet's dislike of Pratt. “Twitter is a junkyard, right? I mean, every day there’s something. People are calling out this person or that person, or let’s get mad at this person. People are so focused on putting other people down to make themselves feel better. It’s sad, honestly.”

Yup. And that's exactly why the following makes no sense.

He added that while Pratt is “pretty strong-boned” and doesn't “think anything hits him deep down,” Schwarzenegger still wanted to check in on him to make sure he wasn't too hurt by the online conversation. “I messaged him, and just mostly was like, ‘I hope you’re not taking this seriously.’ I don’t really know what else to say,” the actor revealed.

I mean… what?!! I don't know if Chris Pratt is taking this shit seriously, but based on the comments his brother-in-law is making, it sure seems like he might.

He continued, “I think he can learn a thing or two from my dad or my mom. My dad was always adamant about not letting anybody else’s opinions mess with his drive or where he wanted to go. No matter what you’re doing in life, there’s are always going be people hating on you and wanting you to fail.”

Arnold deserves better. He didn't come from the future to kill all those Sarah's for this shit.

And you know what else? Chris Pratt deserves better. Not only is his brother-in-law publicly talking about comforting him, but he also has his wife coming to his defense! 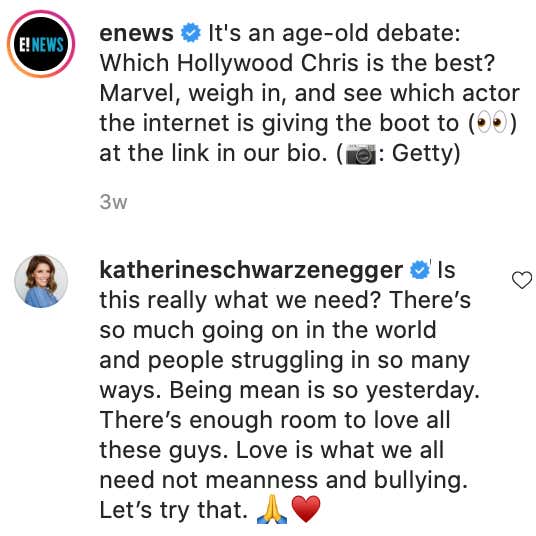 You're right, Katherine. There is so much going on in the world… so why on earth are you giving this the time of day? Stop coming to his rescue because that's what makes Pratt the worst Pratt. Especially when all four Chrises all seem to be pretty decent guys. Be offended when they place him in the company of horrible people and then people suggest he be the one who "goes." Who gives a fuck if he's not the most popular of the popular bunch! Being last place in a team of big time winners is still winning! Take a lesson from Chris Pine and own that shit!

Or just ignore it and go to bed peacefully knowing that regardless of where he falls on that list, he's always going to be second to the true King of Chrises.