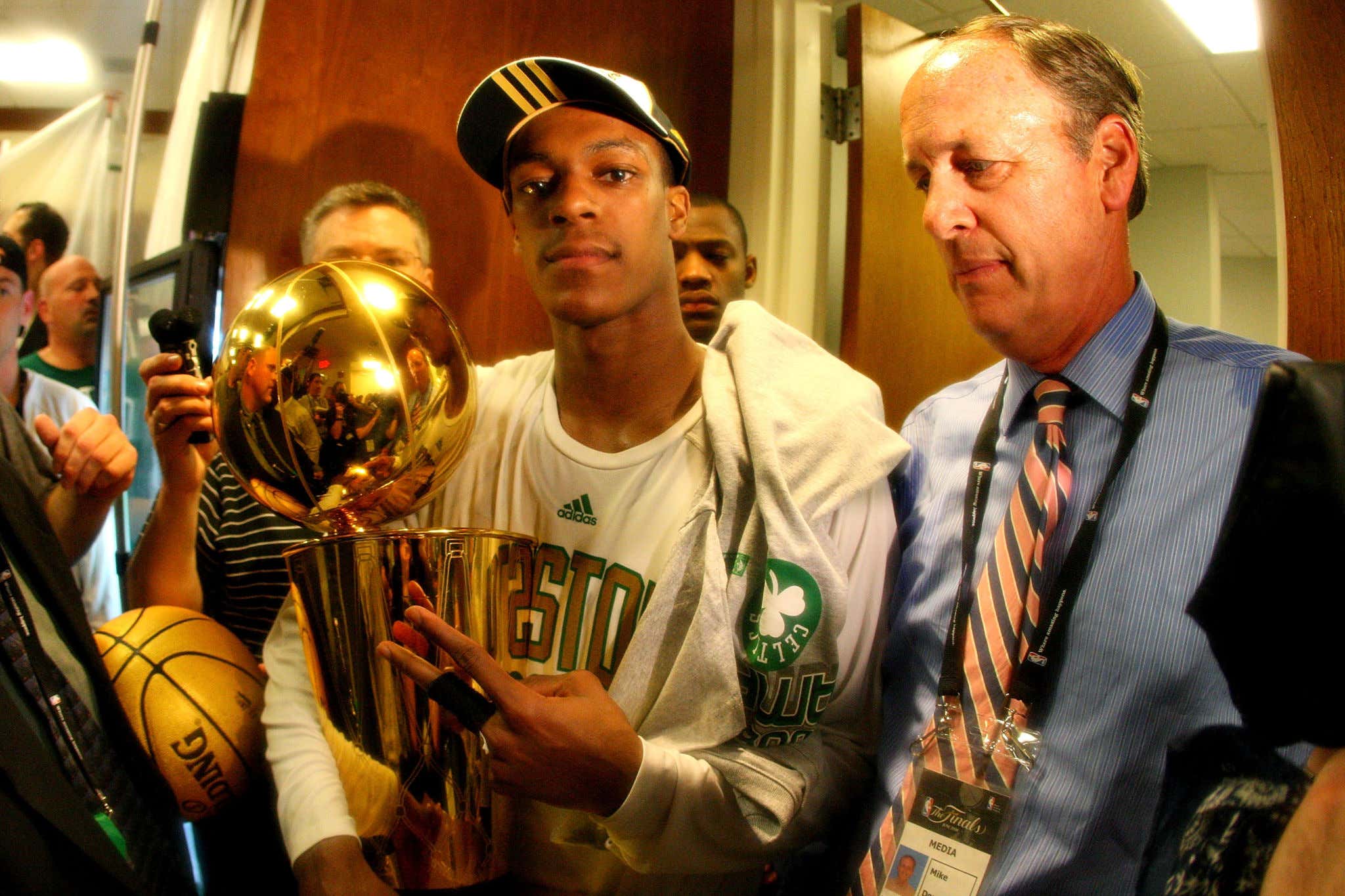 Listen, I don't really ask for much in life. I feel like I'm fairly reasonable. So if it's OK with everyone I'd like to cash in some of my Hanukkah gelt for basically the only thing I want this year. In the Greenberg house my Mom was famous for using a gift from months before Hanukkah as your actual present. For example, if I needed new basketball shoes in October, that was my Hanukkah present come December. Then once Hanukkah rolled around I got a fucking rubiks cube. Brutal.

So I'm going to keep that tradition alive when it comes to the best pure point guard I have ever seen play for the Boston Celtics during my lifetime. With the news dropping yesterday that the Lakers have traded for Dennis Schroder, that pretty much tells you the writing is on the wall for Rondo and the Lakers. Thank god. That shit made me physically ill. Like sweet I'm happy he won another ring I guess because I'm a huge Rondo guy, but woof was that brutal to see the best point guard of my generation rock the purple and gold. Hopefully, that shit is coming to an end.

Which brings me to this offseason. Now if we can just live in a fantasy world for a second where Rondo isn't going to sign a big deal from the Clippers or something and pretend that he'd be willing to play for a team friendly deal, I need him back on the Celtics immediately. I'm not even really sure it's debatable if the price is right. I'll keep stressing it until I'm blue in the face, but backup point guard is a BIG TIME need on this roster at the moment. More than a big. You have Kemba's iffy knee, you have Brad Wanamaker potentially being gone, and two young guys in Carsen and Tremont who are not quite ready yet. They need a veteran presence who has won in the league and won't take any shit.

I get it, Rondo and Brad kind of hated each other like poison the last time this experiment happened, but both were in different stages of their careers. Rondo has mellowed out. He accepts that he's not the star he once was, which was the problem last go around. I can say with confidence that the version of Rajon Rondo we just watched in the Bubble would be the best reserve guard on this team not named Marcus Smart. He doesn't get attacked on defense, he's a pass first player which is important when you play next to the Jays, and he can actually shoot threes now! At a respectable level! Maybe the trick is you need to just play Rondo in doses, but that's fine too. The point is he needs to be on this roster.

When you add it all up, you see how many boxes Rondo checks. I know it's a pipedream and that there will be a team out there that will overpay for Rondo's services. Good for him, he earned the right to cash in. I would just prefer if he took less to come home and go full circle. Be a guy that won a title with the Celtics, the Lakers, and then the Celtics again. Do it for Tommy. All I know is enough is enough and it's time for one of the best point guards in franchise history to come back. Shit, his old jersey number might even be available for him. It all lines up