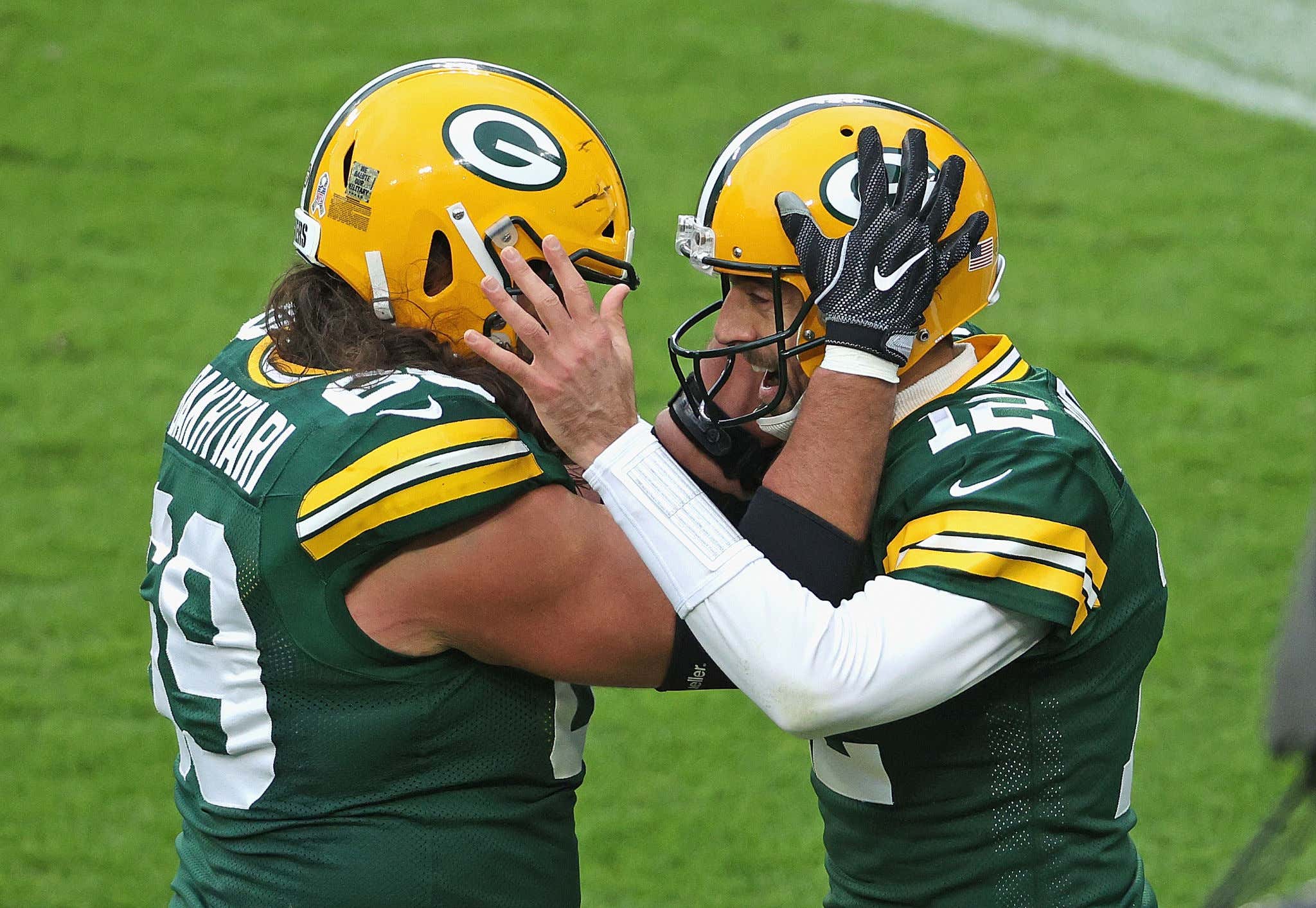 The 1-7 Jacksonville Jaguars stepped into Lambeau Field as 2 td underdogs to take on the 6-2 Green Bay Packers and not one person gave a shit because who the hell would actually care about the Jags this year? (Sorry, Chaps.)

Welp, this game is why you care. Because when you're not looking, that allegedly shitty team can turn around and cause the two most consistent players to turn the ball over. Aaron Rodgers threw his third pick of the season and Davante Adams, after getting injured, fumbled the ball, and before you know it, it's the beginning of the 4th quarter and Jacksonville is up 20-17.

There's no point in beating around the bush: the Packers didn't look great. I don't know what's going on with this running game but it is NOT working. They ran the ball 25 times… for 80 yards. How?! How is that the possible with Aaron Jones and Jamaal Williams in the backfield. And on that note, how can the Packers special teams still be this bad?

JK Scott. Goodness gracious lawd have mercy. Next time this happens, just let them return it. I appreciate the effort, but in the end the team would benefit from you NOT trying to "tackle" anyone. As for the rest special teams, it would be really nice if you could figure out a way for Rodgers and the offense to start somewhere other than inside their own 5-yard line. Just a thought.

But Marquez Valdes-Scantling? You keep doing whatever it is you're doing.

I'm not going to say something stupid and throw a jinx on MVS, but it seems like maybe, just maybe, he's finally come unto his own. Most Packer fans have been waiting a couple of years for this to happen, but damn, if we're here, it was worth the wait. Last week he finally stopped dropping the ball and started making some serious plays against SF, and this week he led the team with 4 catches for 149 yards.

Here's hoping this is only the beginning for MVS… and that this was simply an unimpressive game the Packers can quickly put behind them because this barely-there performance is obviously not going to be good enough against teams not named Jacksonville.

For now though, a win is a win is win.

And hey, it wasn't all bad as news broke that David Bakhtiari signed a 4-year, $105.5 million extension and became the highest paid offensive lineman in the history of the league. Well earned, well deserved, and it's about to be well celebrated.