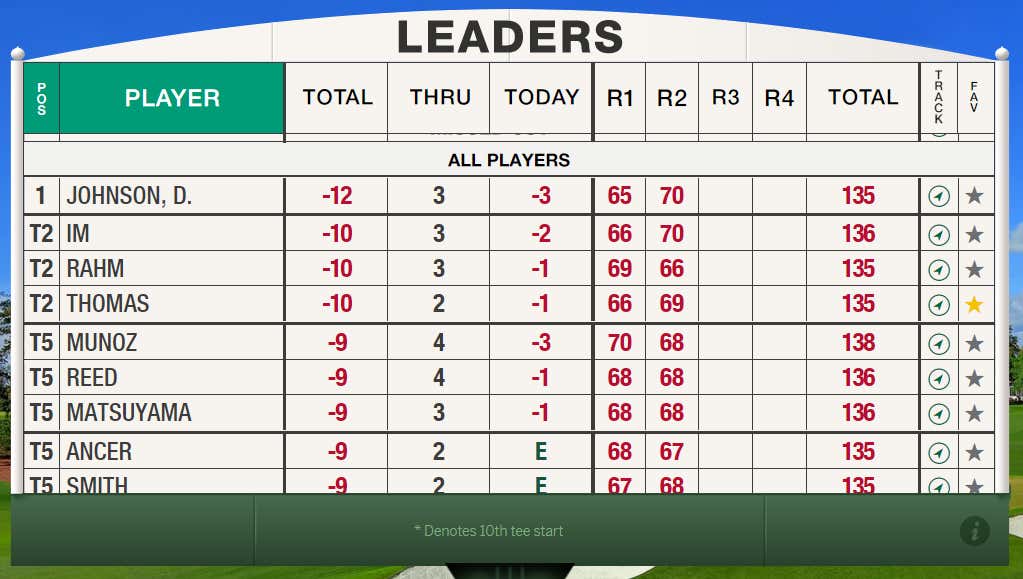 I mean what's better than this, an absolutely gorgeous Moving Day at the Masters and we've got a stacked leaderboard at the top. The players are out there early in round 3 and are shifting all over the place but at one point we had NINE players all tied for the lead at -9.

Better yet, the top 3 guys on the entire planet are right there duking it out and leading the pace. After 36 holes, DJ, Rahm, and JT became the first world 1-2-3 to ever finish a major round tied for the lead and they're out in front leading the pack early in round 3.

We've got Tiger within a shout of contention, Phil is making a push, and after an opening round 75 Rory is surging up the leaderboard to get into the mix. As I'm typing, he's -7 for the tournament after shooting a 2nd round 66 and is -4 thru 10 in his 3rd. When he's on, there might be nobody better save maybe those top 3 in the world.

And now I'm seeing that DJ has moved it to -13. He's stepping on the gas and he just might run away with it. Leaderboard shifting like crazy as I type. It's mayhem on Moving Day at the Masters. Nothing better.