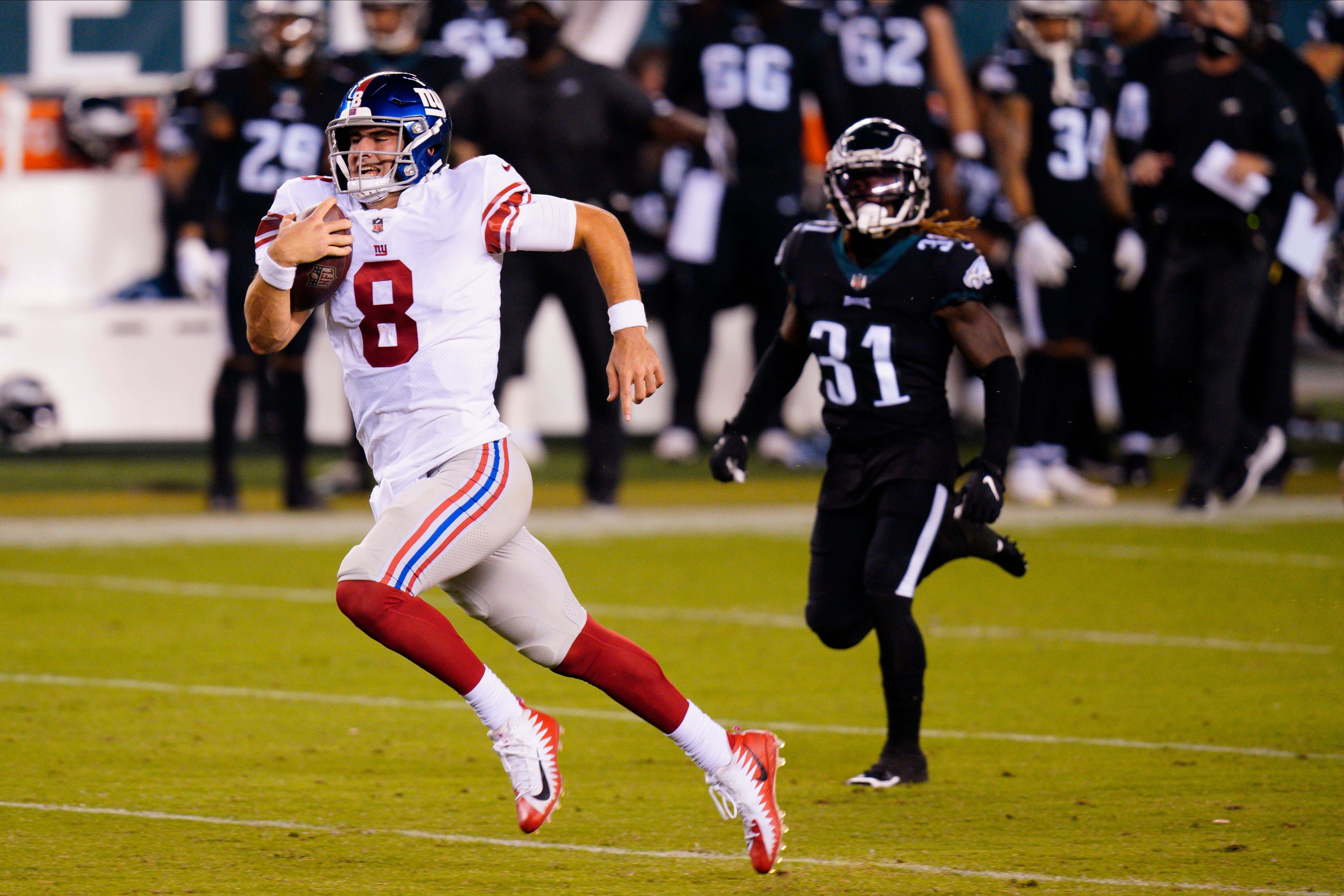 Somehow, some way the Giants roll into today's Eagles Week 10 game with a chance to enter a tie in the win column with the first place team in the NFC East. If you had told me that this would be the case last year, I would be THRILLED. Sure there is pretty much the most grisly backstory ever to that statement, but who gives a shit? I believe this team is moving in the right direction with a coach like this steering the ship.

However before we can truly start getting excited about the future, we need Big Blue to start beating teams that aren't the perennial doormat of the NFC East, starting with finally winning a game against Philly. Everything that had me confident about the first matchup against the Eagles is now going against the Giants. Facing the Birds on a short week where a bunch of their guys had just been banged up was the perfect break for the Giants all the way until Evan Engram couldn't touch a ball that landed directly on his finger tips.

This time, the Eagles are coming off a bye with a bunch of starters returning. Not great! But the Giants receiving corps seems to be as healthy as its been all season and the offensive line may be rounding into shape for the first time in roughly a decade. The Wayne Train is all systems go since Devonta Freeman just went on IR and we know Daniel Jones can rip off a big run against the Eagles defense.

All you need to know about that play is that Danny Jones is the fastest man on the earth and the drive ended in a touchdown. Plus numbers never lie, right? 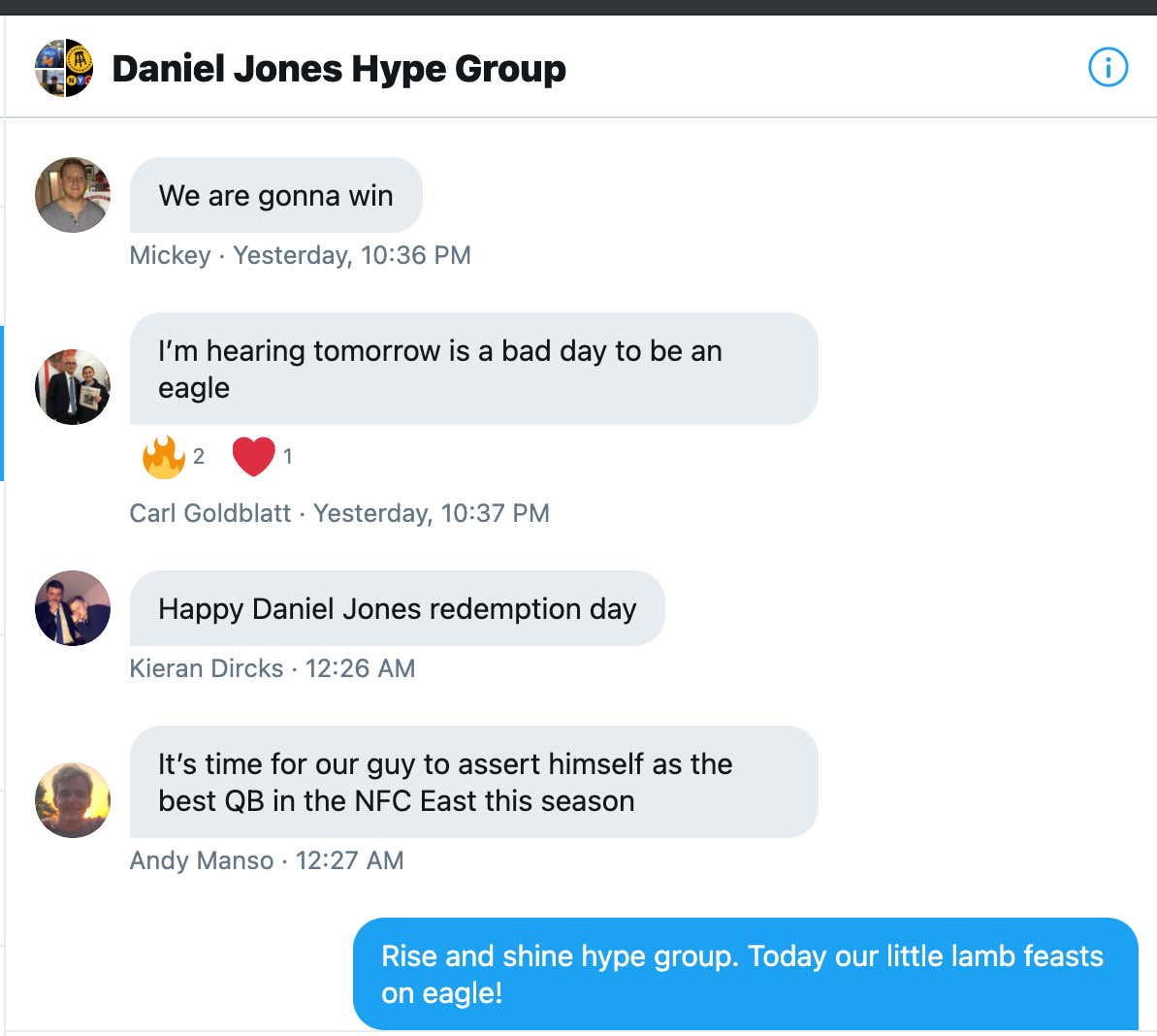 Follow and DM Barstool New York to join the hype group, which has become allies with the greatest hype circle on the internet, which are both totally normal

Live look at The Rico Ryders joining battle with The Danwagon before the biggest game of the season:

Like last week's game against Washington, I'm excited to see what Patricky Graham dials up against a divisional opponent the second time he sees them. Carson Wentz presents a sliiiiiightly bigger challenge than Kyle Allen and 2020 Alex Smith. Nonethless, Patty has his work cut out for him with Miles Sanders, Alshon Jeffery, and others coming back along with guys like Dallas Goedert, Jalen Reagor, and the O-Line getting healthier with a week off. However on a positive note, I'm not going to complain about seeing less of that motherfucker Boston Scott, who I am officially dubbing a Giants Killer.

However no man, not even one with a City Name First Name + First Name Last Name, is stronger than family. #Somethings

Giants by a billion.Now let's fuck around and get back into a playoff race!