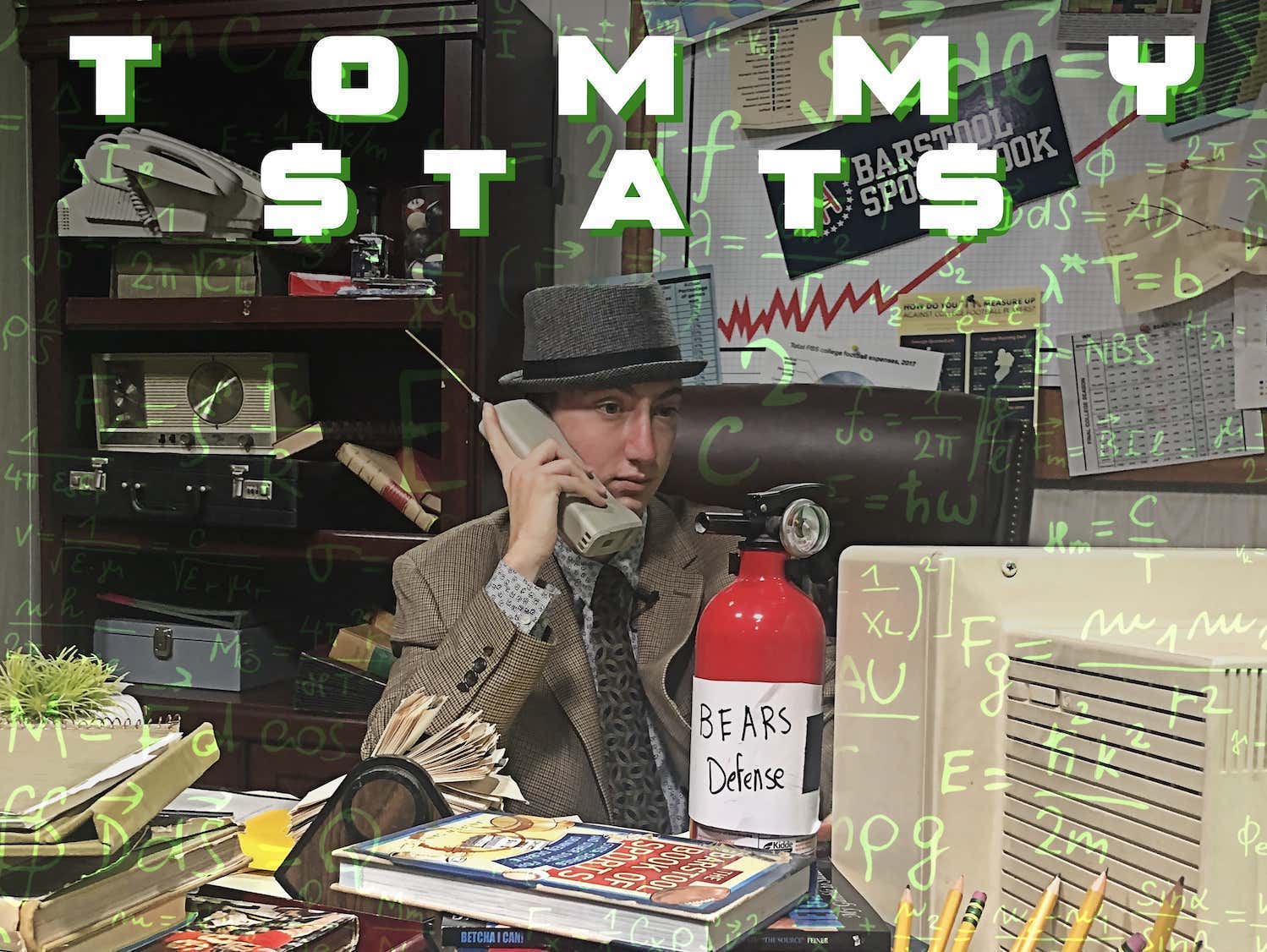 Welcome back to the lab. Every Sunday morning during this NFL season, I'll be blogging the stats and trends that I presented on Barstool Sports Advisors, plus some additional ones that I didn't get to use. These stats are a mixture of ones I've found across various websites, and also some just through my own research from pouring through the data.

Below is my entire cheat sheet I use for Advisors each week. Lines courtesy of the Barstool Sportsbook, subject to change from the time I compiled this.

While I may be a Giants fan, as a good statistician, I must put all bias aside. And I can not in good conscience tell you to take them.

BUT, if I was going to try to find any sliver of hope for this game, it would be that…

The Chargers are a road dog coming off a loss. That has been a very profitable spot across the league.

The Chargers also fare very well as road dogs themselves.

Russell Wilson has been best in his career as an underdog and coming off a loss. We get him in both those spots this week.

All Pats stats obviously need to be taken with a grain of salt since Brady is gone, but for whatever it's worth…

-Just 3rd time since then they’ve been a home dog of a touchdown or more. Both in 2000. Covered both times and upset the Colts who were 13 point favorites.

Also you may want to look at the under.

-Pats have gone under last 4 games off of MNF (39.5 total points average, and those are with Brady)