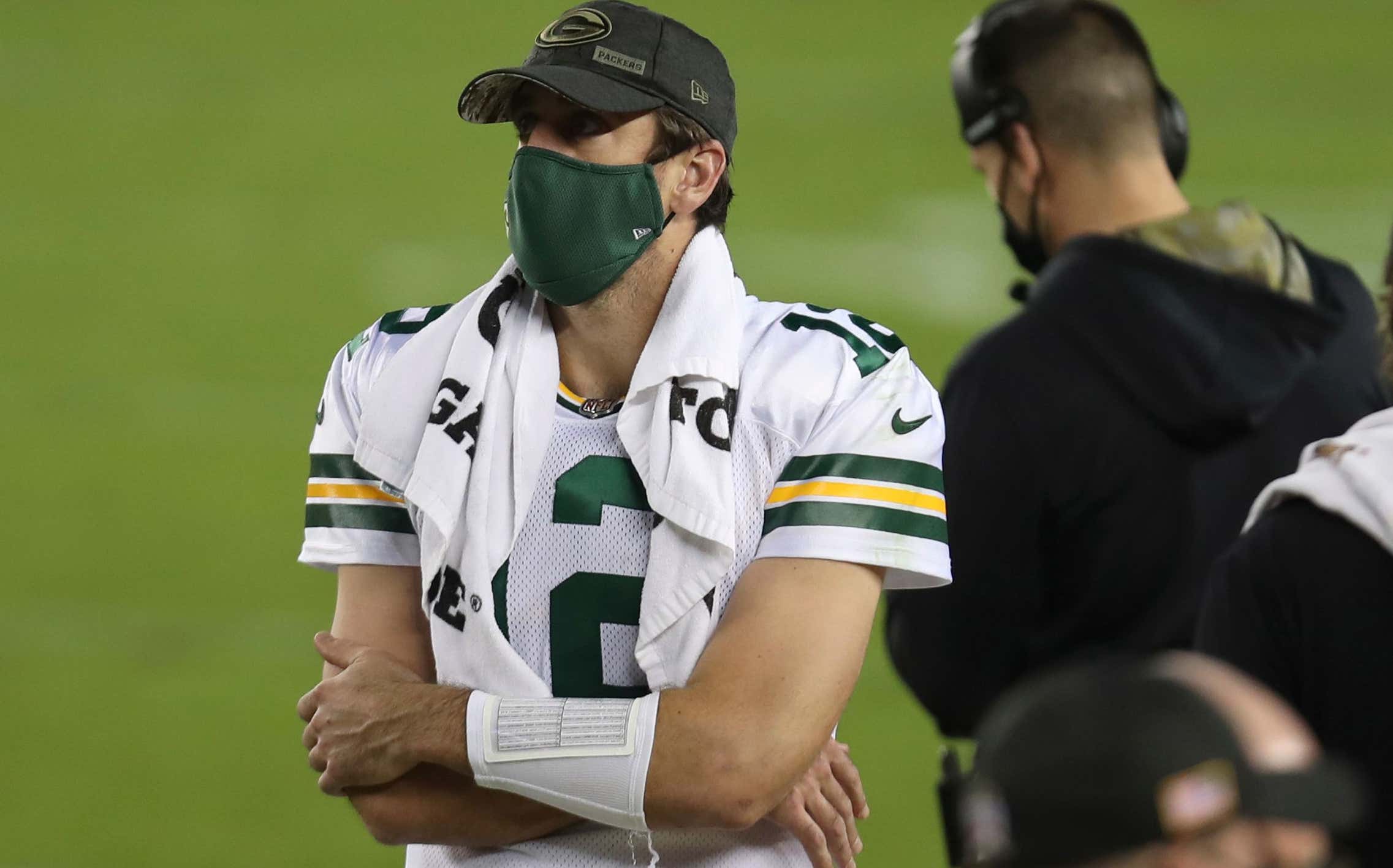 NY POST - Green Bay Packers quarterback Aaron Rodgers said there is a “double standard” between the way players are expected to act off the field – in locker rooms and at home – and what happens in practice, games and the postgame scrums mingling with opponents.

“You can’t really be creative when Big Brother is spying on you the whole time,” Rodgers said. “They are watching everything and if there is a lapse in protocol you can get fined. There are one-person tables in the lunchroom. There is plexiglass or whatever the hell it is between our lockers. … It definitely puts a strain on that locker room conversation and camaraderie…

Obviously the proponents of all that say it’s necessary to get us to the finish line and to the season. I think there’s a lot of questions about — are we doing all this based on science? And it’s all necessary? There are some interesting conversations to be had down the line about all that.”

At first glance, it looks like Aaron Rodgers is just having himself a little bitch fest about NFL COVID-19 protocols: the fines, the restrictions, and their effect on the team's chemistry. In short, a lot of complaining that seemingly ignores the bigger, broader picture.

But as he continues to speak, it becomes clear he's not advocating for the NFL to lighten up on their restrictions, he's simply frustrated at their inconsistencies.

“I’m just wondering, ‘What is this based on?’” Rodgers continued. “I just think there’s some double standards.

You can dap up a guy after the game, but you can’t eat at the same lunch table as a teammate. You can go down to practice and hit each other and be in close contact, but you have to have plexiglass in between you and the guy next to you in the locker room.

Some of those things, to me, don’t add up. I understand we are trying to get every game in and stay healthy… I think just that some make sense, and some things just don't."

Yeah, no, it really doesn't make sense. If you're on the field together physically touching, sweating, and breathing all over each other, why can't you sit at the same lunch table 30 mins later? One would assume if someone was infected, they would pass it on to their teammates through direct contact, not while sitting across from each other at a table. Logically speaking, the separate lunch tables and plexiglass dividers are virtually worthless if the people they aim to protect are tackling each other to the ground for hours at a time during the same period.

But if football has to be played (and yeah, it has to be played), there is no other alternative. Either the game suddenly becomes no-contact and the same rules that apply at the lunch tables and locker rooms apply on the field, or there are no off-the-field rules and restrictions. The prior is obviously impossible and the latter is irresponsible.

Maybe the strict lunch policies are doing absolutely nothing and zero players would be infected by dining together? But maybe they've already protected several players from falling ill? There's no way to know for sure. The one thing we do know is that the game isn't going to stop. So, the league has to do everything it can to control what it can control, if for no other reason, but to say they've done it.

It's the same logic behind company fire drills.

Is it likely your entire office building will catch on fire out of nowhere, blocking all the exits, and trapping everyone and their hidden cats inside? Nope. And you know what? If it does, it's even less likely that walking out in a single filed line is going to save your life. But companies have fire drills because it shows initiative and it brings peace of mind to know the worst-case scenario is being managed.

Even if it isn't and even if it doesn't make sense.