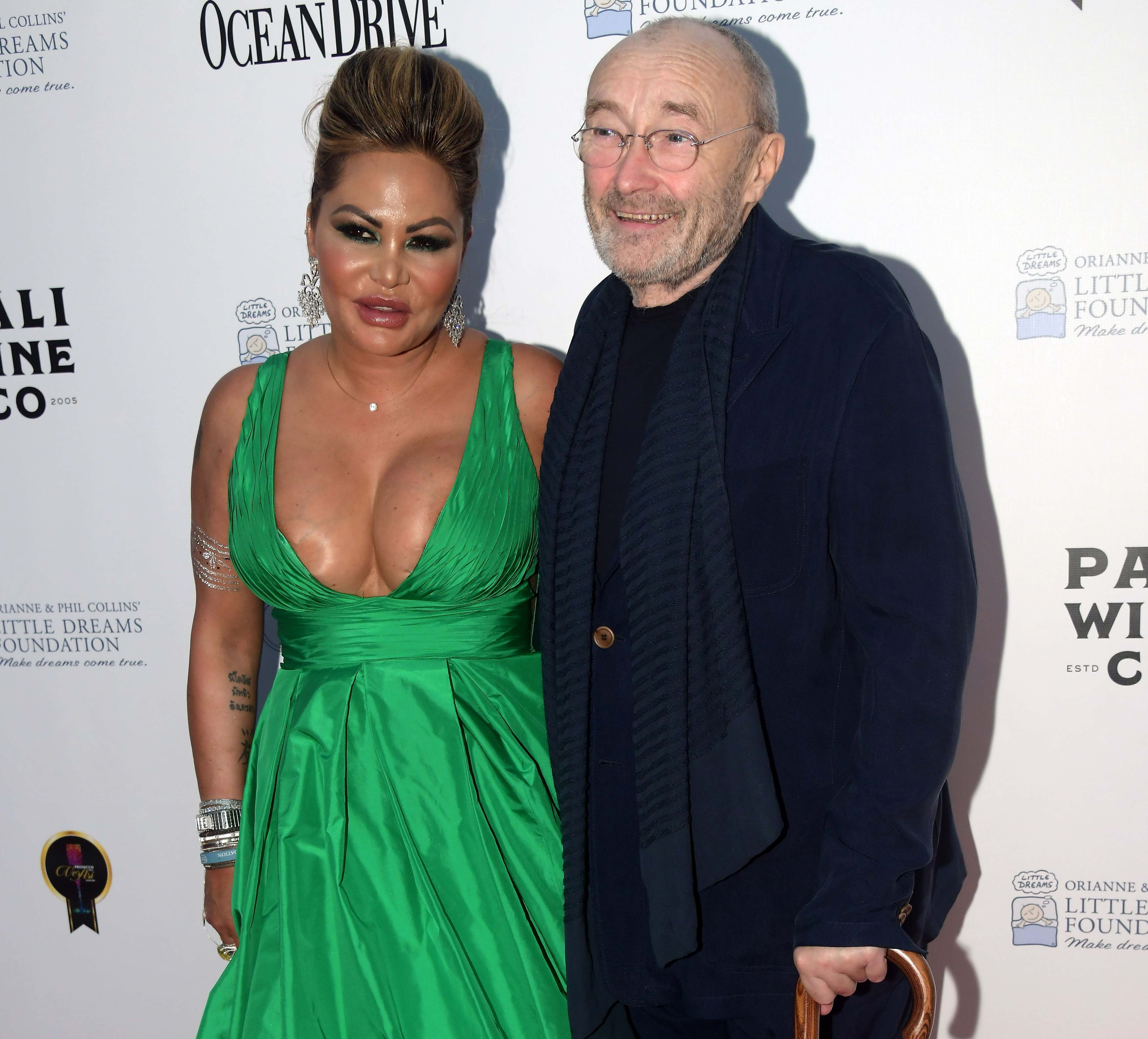 A few weeks ago I mentioned the absolutely devastating news of Phil Collins' separation and the brutal circumstances surrounding the decision.

Well as it turns out, she did take his ass to court to renegotiate the house and now not only is she asking for half of the Florida mansion, she's labeled him the smelly kid in class!

PEOPLE - The 69-year-old's ex-wife claims that Collins "stopped showering" and "brushing his teeth," that he became addicted to anti-depressants and that he "became emotionally and verbally abusive" for nearly a year.

"Philip's stench became so pervasive that he became a hermit, refusing to interact personally with any people," Bates, 46, alleged in the court filing. "As a result, Orianne had no choice, but to distance herself from him."

I'm not sure if we're dealing with a chicken and the egg situation here and he was (hypothetically) so stinky that his own stench sent him in a downward spiral of depression, or if pulled a Howard Hughes and stopped showering (hypothetically) because he was having a tough time.

Note: do not make the mistake of absent-mindedly Googling "The Aviator naked gif." Especially if you are on your work computer like me.

If it's the former, then wow. I can honestly say I have never been around someone whose smell is so potent, it causes them to become depressed and later addicted to anti-depressants. And I've spent a good amount of time in hot, humid, Third World countries where showers are a rarity. If Phil Collins fell to this deep a level of stank, then who could blame his ex-wife for distancing herself from him and quietly getting married on the sneak!

Sure, some would say the cornerstone of a good relationship is not how you two are when you're happy, but how you are when you're not happy… but you weren't there! You didn't smell him! And if her other claims are valid, you also weren't there when he was saying horrible things to her with the breath of death.

Now if it's the latter, well, I'm pretty sure that falls under the whole "in sickness and in health" clause, but then again, I've never been married! Maybe that's just something people say because it's the thing to say? Like, "Don't worry, my parents will love you!" or "We only went to the strip club because Trevor wanted to go, but I swear I didn't look - I didn't even want to be there!"

BUT if it's none of the above and she just turned him into the smelly kid in class out of the cruelness in her heart???

IF it is nonsense, he has to come at that lie with the fire of a thousand suns and burn it to the ground before it's too late.

In a response filed in court, Collins' lawyers refuted the claims, described them as "immaterial and impertinent" to the case and categorized Bates' allegations as a means of "extortion."

"They are scandalous, scurrilous, unethical and, for the most part, patently false or grossly exaggerated," Collins' attorneys wrote.

"For the most part, patently false or grossly exaggerated?" THAT'S the best ya got?!!

Her lawyers are out here blasting complex, passive-aggressive messages that may or may not be libel…

"Instead of his Trumpian disinformation campaign, his hidden cameras and private investigators, perhaps Mr. Collins should clean up his own act, literally and figuratively, and honor the commitments he made to Orianne when they moved in together."

… and his are coming out with "for the most part?"

Now what I thought were possibly just crude and fictional insults… I'm not necessarily doubting that much. In fact, I'm starting to believe them a bit.

Phil needs to get himself a new lawyer before he loses everything he's got.