We all heard about Tony La Russa getting popped for his 2nd DUI yesterday. Not only does that make him a scumbag on a human level, it makes the optics of his hire all the more embarrassing.

Look, I still think TLR will do an adequate at worst job of managing the White Sox on a day to day basis. Dude is in the Hall of Fame because he knows how to pull strings on the diamond. But the optics of this hire are just so fucking awful I am not sure I will ever be able to get over it.

If there were 30 managerial openings this winter, not one organization would have been calling TLR to see if he were still interested in managing. Not one. Sure that's conjecture, but I think it's safe conjecture. He's 76, won't be here for the long term, and there were other qualified candidates ripe for the plucking available. It's just so goddamn dumb that they went this route and now they're the talk of baseball - once again - for all the wrong reasons. One day it's jersey cutting, the next it's the Machado/Harper bullshit, the next it's our old ass manager getting popped for another DUI the DAY BEFORE he was named manager.

And now it's officially affecting the free agent market: 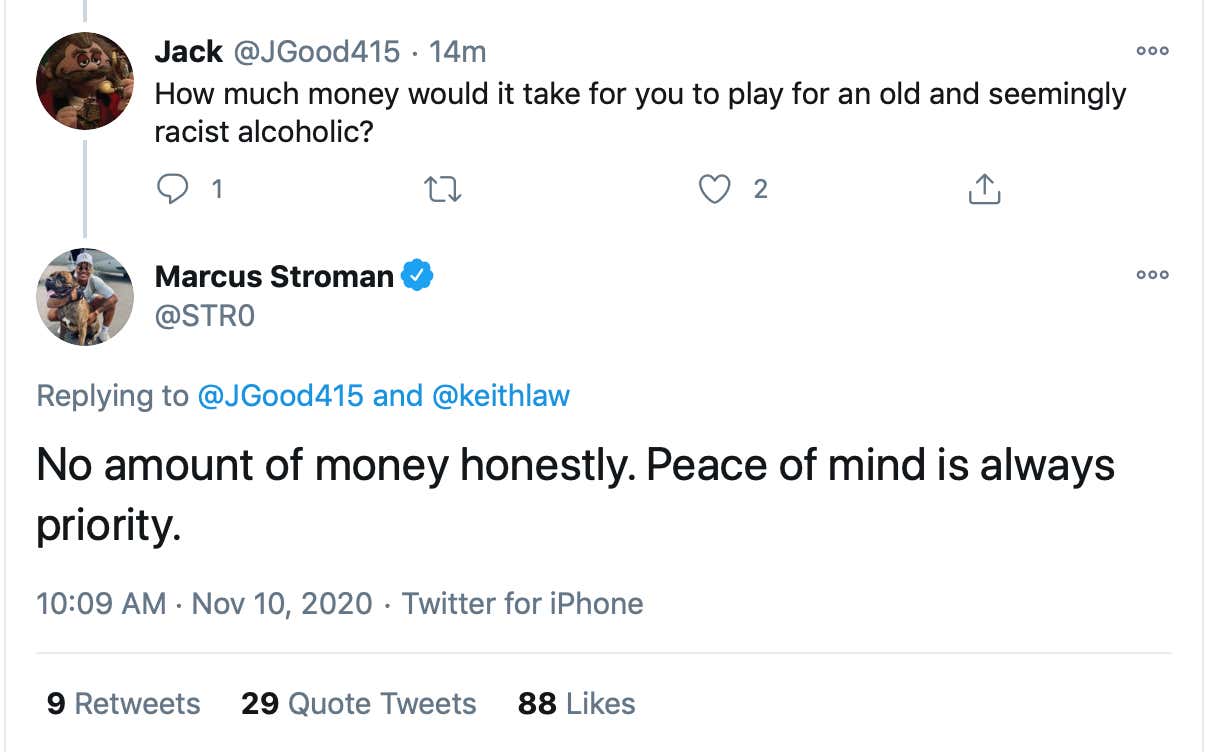 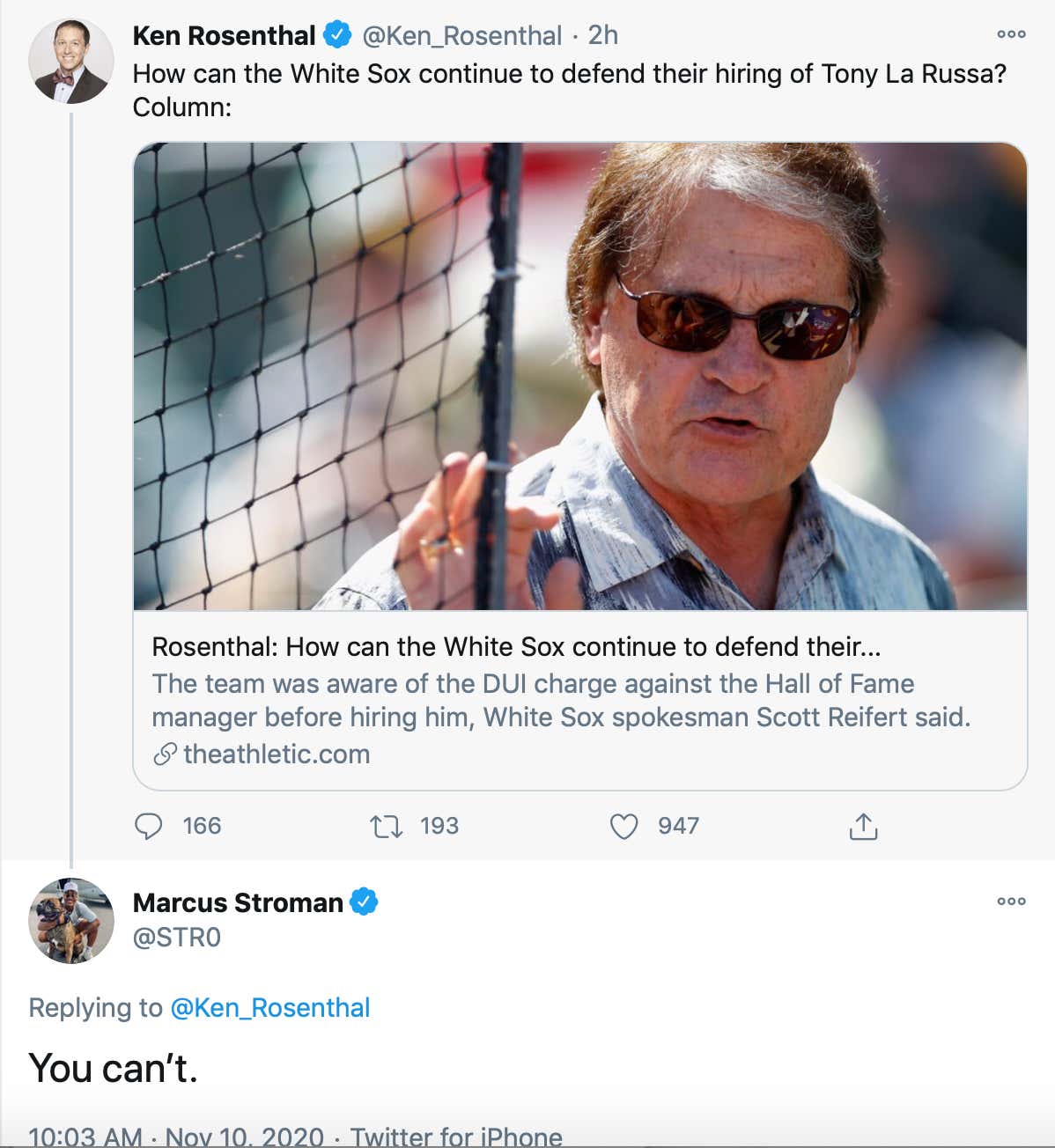 Fucking perfect. All they had to do - literally all they had to do - was hire AJ Hinch, who I can guarantee wouldn't let any cheating via technology happen under his watch ever again - and go and try to win a World Series. So far, the TLR hire has done more harm for the team than good, and a week ago I was feeling better about the hire after speaking with Ron Kittle on Red Line Radio. It's harmed them in a public relations manner and now you have a top free agent saying he wouldn't play for your geriatric old man of a manager.

And the worst part is is that firing him now would ALSO be a BRUTAL look!!! Like you can't cave to the fanbase's pressure, but if you don't cave to said pressure, then you're basically saying you're okay with DUI. I know Hahn, Reinsdorf, etc. aren't actually okay with DUI, but they've put themselves between a rock and a hard place. There isn't a right move for them to make.

Once again, a PR nightmare. #FireReinsdorf

Goddamnit this is bad. Reinsdorf better pay out A1 free agents out of his asshole to make up for this shit show. Winning is literally the only thing that can cure this mess right now. Goddamnit why do they gotta keep hurting themselves like this???