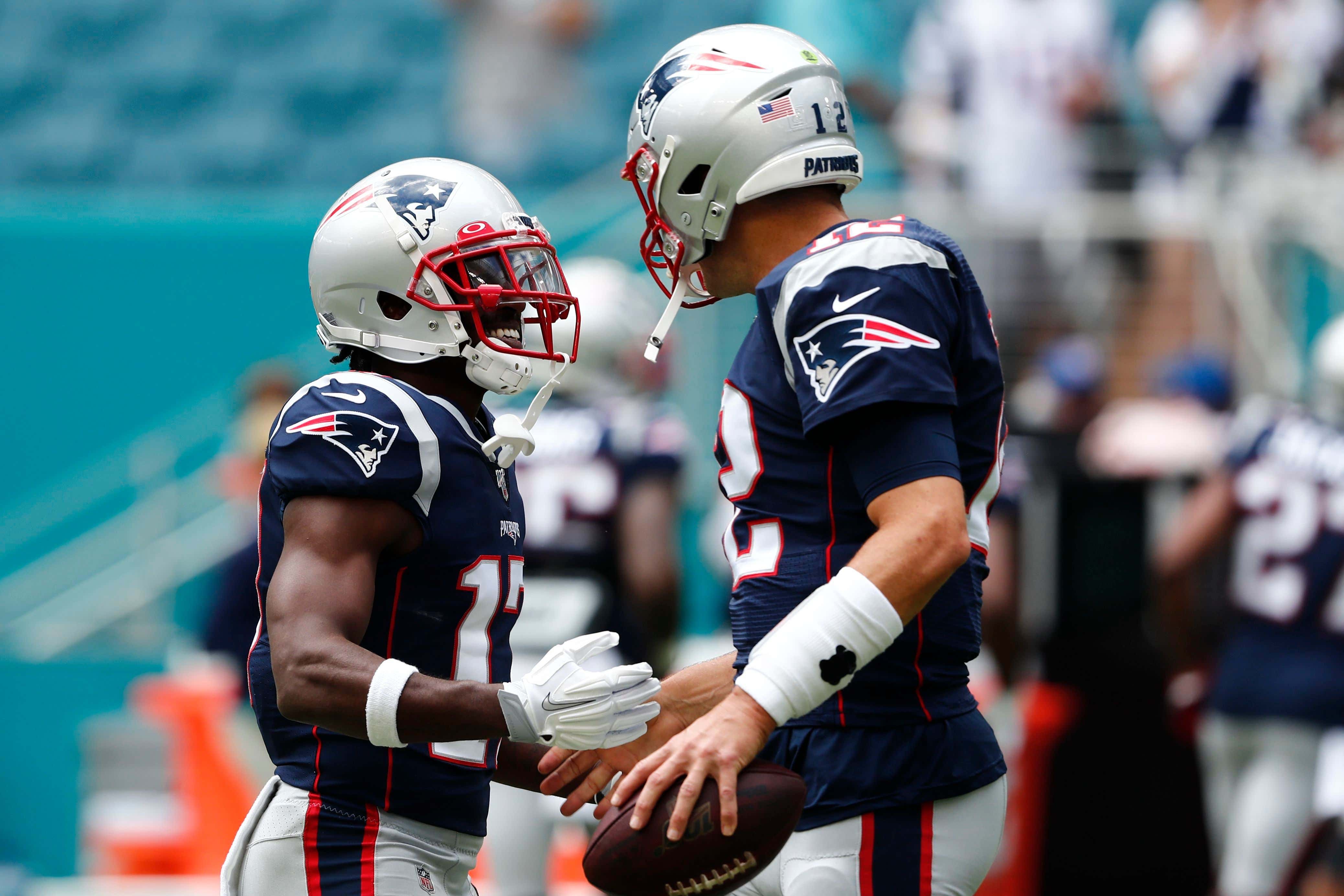 CBS Sports - The Buccaneers welcomed troubled receiver Antonio Brown to the organization this week a year after multiple members of the organization vowed publicly and privately never to do so, raising some eyebrows around the league. …

Coach Bruce Arians has a distinct knowledge of the player from his long tenure coaching in Pittsburgh, and bringing in Brown was viewed as a non-starter in 2019.

"No (expletive) way does he get in this building," said one team source last year. …

Brady played one game with Brown in New England last year before the player was released amid more reports of serious allegations against him from multiple women, leading to a social media outburst attacking Patriots owner Bob Kraft.

Brady urged team officials to strongly consider bringing Brown back before the playoffs, with the Patriots short of offensive talent, and made it known he felt the receiver was necessary to fortify a postseason run.

"There is one reason he's there: Tom Brady," said one source who was involved in Brown's free-agent pursuits. …

"Mark my words, it's going to be a problem," said an executive who has significant experience working with Brown. "I give it a week to 10 days before he's late for the COVID test or doesn't totally follow protocol. You have no idea the stories we could tell you about this guy. Everything is a struggle.

"And then once he gets comfortable there, forget about it. Anything goes. This is a new world that is totally foreign to him and with what's being asked of players now. Good luck. There were plenty of valid reasons why [Arians] didn't want anything to do with him a year ago. Unless this guy has completely reinvented himself, and done a complete turnaround, this is going to get ugly."

Added another coach who was with Brown extensively echoed that sentiment.

"All the reasons [Arians] didn't want this guy a year ago, he knows what's up with him," the coach said. "And that was before COVID. The stuff he'd do all the time in Pittsburgh -- he'd go AWOL, not show up, have no idea where he is … that could (mess up) the entire team, now."

What a shame this would be if these unnamed NFL people are, indeed, correct. If Antonio Brown made yet another franchise regret signing him. You'd hate to see it. Just hate to see it. I mean, right now, it looks like nothing can slow the Tampa Bay Bucs express train to the playoffs down. But at least a couple of guys who have worked with Brown in the past are convinced this agent of chaos is capable of doing just that.

One thing this report confirms is something that Tom Brady has denied his entire career: That he wants a say in personnel matters. Any time he was asked in New England he always gave the stock, rehearsed answer about how he just plays and lets the coaches coach and the personnel people personnel. And while we're on the subject of people denying things that are true, it's obvious he's calling the shots in Tampa, despite Arians' insistence it's all up to him. He didn't want Brown last year. The organization didn't even want to let him in the building. And now he's there, over Arians' objection, not because he trusts the guy has turned his life around. But because Brady demanded it. Just like he did last year, even after Brown took shots at Mr. Kraft over the Asian Day Spa incident.

The real question then is whether this petulant, self-possessed, unhinged manchild is the same person who shot his way out of Pittsburgh, didn't make it out of camp in Oakland and lasted 11 days in New England, all in the same calendar year. Or, has he suddenly and inexplicably changed everything about who he is and his approach to his job at the age of 32, thanks to his year away from the game and the fact that he's back to making blanket forts with his old roomie.

If Brown has changed and can play nicely with others on a team that's doing just swimmingly without him, this will be Brady's greatest miracle since 28-3. But my money is on history. It's on track record. It's on hardwiring. And it's on nature. A scorpion will do what a scorpion does.