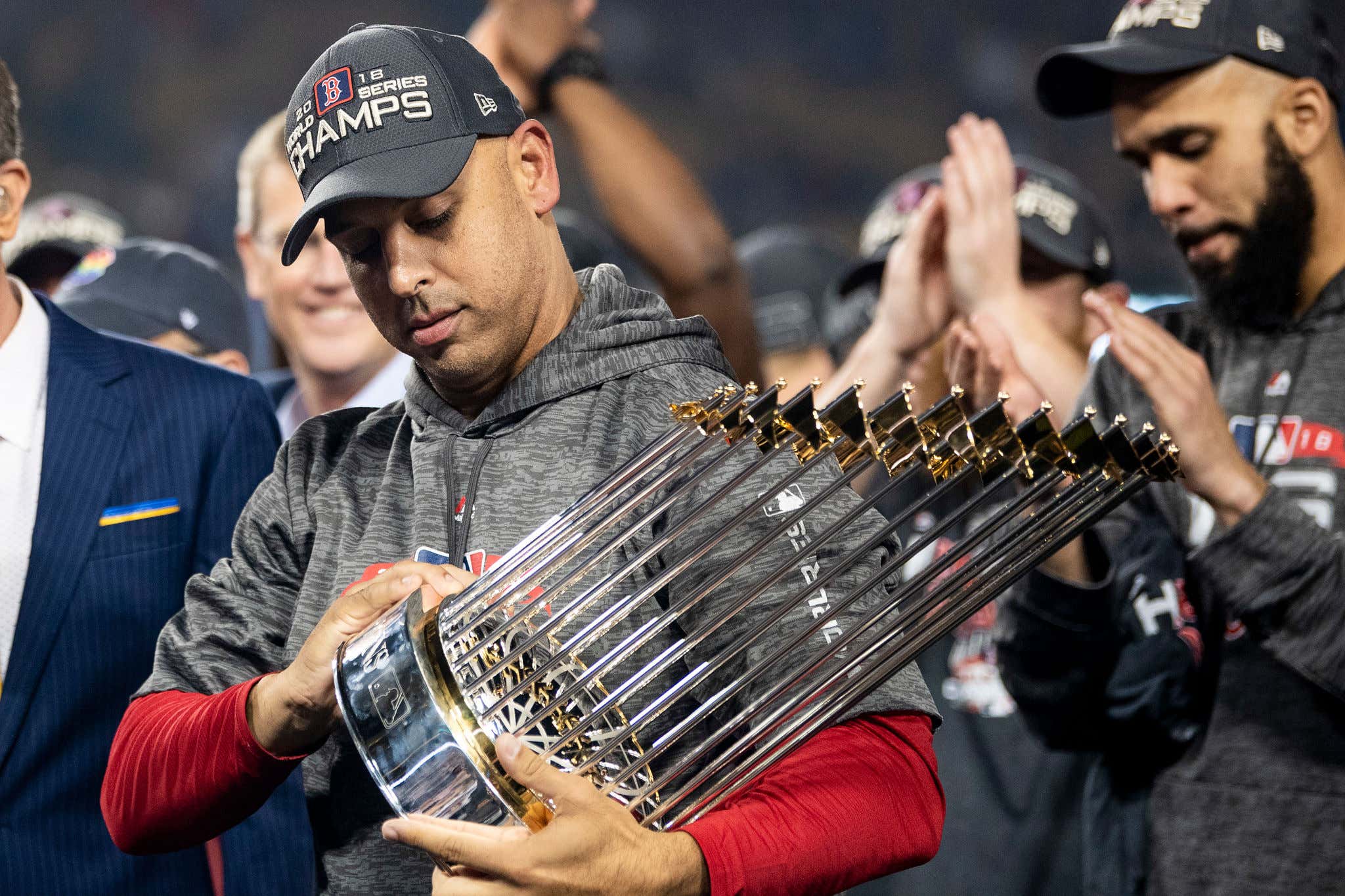 Chaim Bloom and the Boston Red Sox got it right. Alex Cora is back as the Red Sox manager. It actually happened.

I mean, it had to happen. It not only was the right choice; it quite simply was the only choice. You have no counter for this. First and foremost, the players wanted him. That should be the end of the discussion right there. Xander Bogaerts, the heart and soul of this team, who took less money on more than one occasion to remain with this organization, wanted Cora back and he made that very clear. Rafael Devers, who makes up the other half of Boston's left side of the infield, which competes for one of the best in baseball, was quite vocal about Cora being a father figure to him and wanting his manager back.

If you polled every player on the Red Sox right now who had previously played for Cora in Boston, you might've gotten a unanimous vote to bring him back. I can't say that for certain, but I'd feel pretty confident about a unanimous vote despite all the praise that Sam Fuld got from former teammates and players that he coached. I think he's going to make a great big league manager some day, by the way. He just wasn't the right fit for this group, given the circumstances. The circumstances being that Cora was not ruled out as a candidate.

The other detail that got swept under the rug for some reason was that ownership was backing an Alex Cora return. They love the guy. They've always said as much. But at the end of the day, they were leaving the decision up to Chaim Bloom. They didn't bring this young, brilliant baseball mind into the fold to then instruct him on what to do. That's not how this works. That's why this hiring is so important. Cora was already the manager when Bloom was hired. What's that mean? Cora wasn't Bloom's guy. When a new general manager, or general manager-like figure in this case, is hired, it's not long before the "he's gonna want his own guy" discussions start. Ultimately, Cora was dismissed because of what went down in Houston, not because he wasn't Chaim's guy. And then when Bloom had the opportunity to hire any managerial candidate on planet earth, who did he hire? Who was it? It was Alex Cora.

If you're one of those "I don't want 'em; he's a cheater" pussies, then let's have a little chat. Everybody deserves a second chance. All too routinely, players are suspended for PEDs or off-field actions, they're welcomed back with open arms by their clubs, and fans cheer for them again. Why is this any different? First of all, we're talking about a sports infraction that was not carried out by one singular person and rather a large group of people in this particular case. We're not talking about re-signing Aaron Hernandez here.

Cora was part of the 2017 Houston Astros, and we all know what they did. He was scapegoated after he left because the Astros only tried to rat out those who were no longer in the organization, and the man had just dusted their asses in the 2018 postseason en route to a World Series title. It was clear as day. MLB did their investigation and Cora was cleared of having done anything wrong in Boston. It was all in Houston. If the Astros never wanted to employ him again, I'd understand it. Why he wouldn't get a second chance in Boston is beyond my understanding.

And the biggest thing of all, for me at least, is that AJ Hinch got a job a week ago already. Yeah, we associate Cora with being a manager now because he managed a team to a title, but he was the bench coach in Houston. Hinch was the manager. And that motherfucker got a job in two seconds. Why should Cora be punished more than or held to a higher standard than the captain of the ship? Makes no sense to me. He did his time. He sat out a year. The other thing, and I won't get into details, but the punishment went beyond just having to be away from baseball for a year. This greatly affected his life away from the field and the people close to him. It was a lot. So, yeah. He paid his debt to baseball society and he deserves his second chance. And he deserved to have that second chance in Boston.

I know what you're thinking, probably. Re-hiring Cora doesn't magically make the Red Sox not a dogshit team and you'd be one thousand percent correct in making that statement. But it's piece number one. You needed a manager, and you got the best available option. Shit, you might've gotten the best option in general, even if you could've theoretically had your pick of the unavailable managers, too. You still got the manager that best puts this Red Sox team in a position to win.

In a market where some big market teams are going to be trying to get under the luxury tax like the Red Sox did a year ago, and some middle of the pack market teams will be crying poor because of their revenue losses this year, Boston might have a clear path to having their way with the free agent market. Maybe make some trades to take on the salaries of players that teams simply don't want to pay in this uncertain financial future. It could be very interesting. It's not a one-winter fix, I don't think. But you can make significant strides towards making the Red Sox a contender again this winter. And it starts with re-hiring Alex Cora.