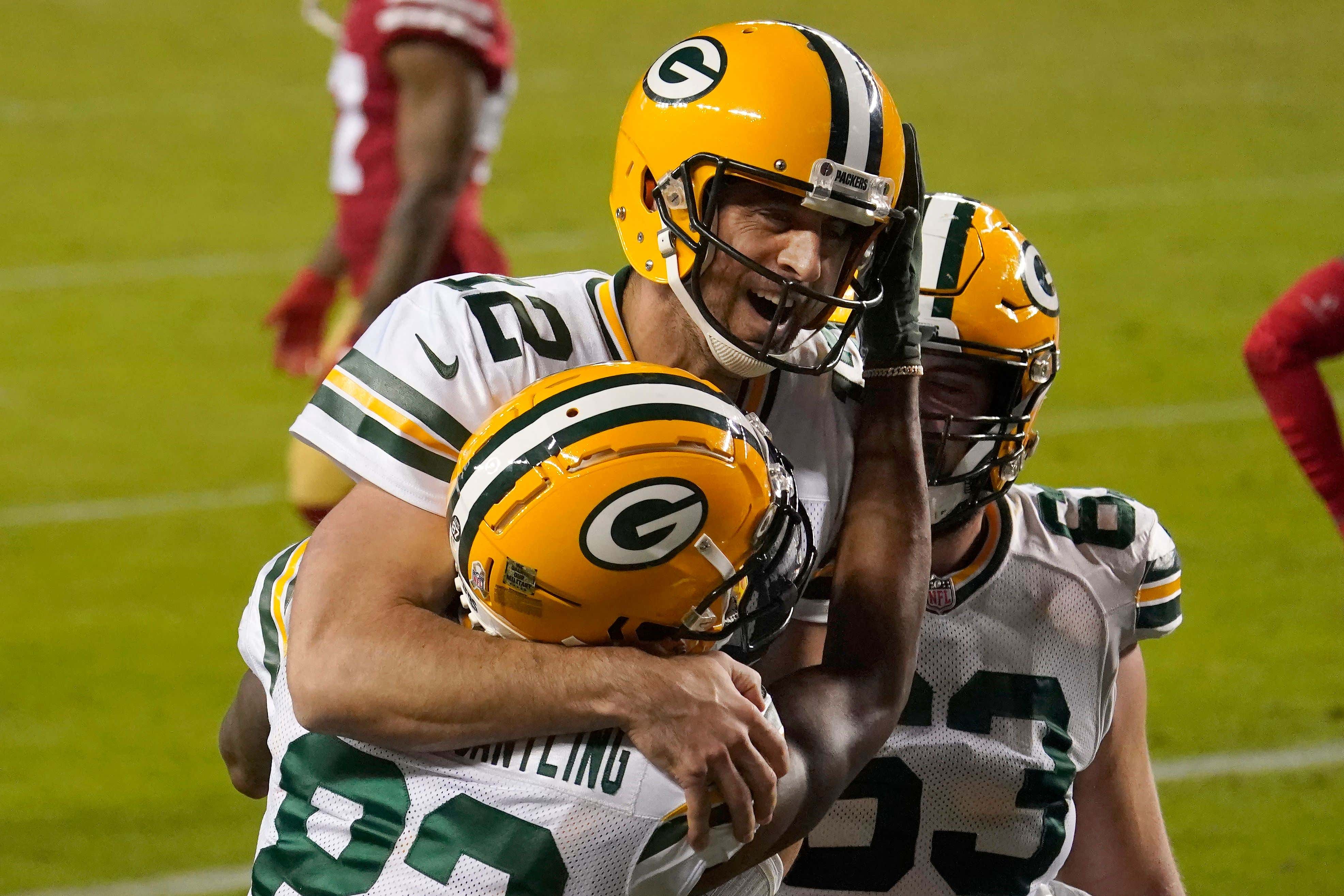 I'm not embarrassed to admit I was quite nervous about this game.

Common sense would say since the 49ers were missing 148% of their team, what exactly is there to fear? Well kids, no matter which way you spin it, it's still the Packers taking on the 49ers, a team that can be counted on to do one thing: embarrass the hell out of Green Bay. So no, despite the clear advantages the Pack had over SF, I wasn't about to foolishly jump to any conclusions. Especially the way Mike Pettine has been coaching this defense. The opponent could be a practice squad offense, and he would still call a 3 man rush on 3rd & goal from the 4!

But aside from a slow defensive start, the Packers absolutely dominated this game. To be clear, that's not a brag as they should have dominated this barely-there team, that is a necessary truth filled with relief: this was not a trap game that would send the Pack on a downward spiral. The voodoo the 49ers had over them seems to have shattered when their team shattered.

Instead, Aaron Rodgers gave us a 4 touchdown, 300+ yard performance and because "well, I like having #17," a whole lot of Davante Adams being absolutely sensational.

Here's a fun fact: Davante Adams has missed 2.5 games this season and he still leads the NFL in touchdown catches. Here's another one: he's put up 6 in the past 12 days and 422 yards to boot. And speaking of yards, here's another!

I mean, GOOD LORD! I'm officially claiming Aaron Rodgers and Davante Adams the best QB/WR duo in the league. So it is claimed, so it shall be done.

But credit to Rodgers, he makes magic happen wherever he goes.

Even with a guy who has the second highest drops in the league.