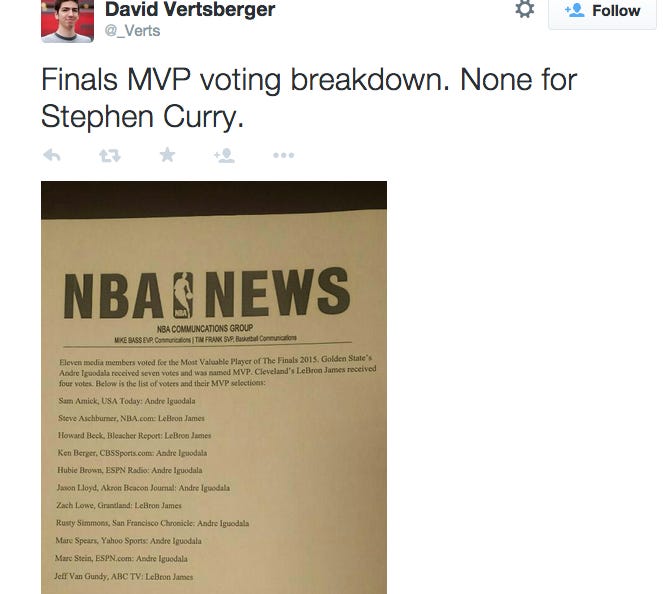 Interesting, interesting. AI won the MVP (and rightfully so), but LeBron got the other 4 votes. I’ve gone back and forth on how I feel about this. I think if they went to 7 games and it came down to a buzzer-beater, than I can understand LeBron winning the Finals MVP. But not for only winning 2 games. Was LeBron the best player on the court by a country mile all finals long? Absolutely. But you can’t give the Finals MVP to anyone on the losing team. Just doesn’t work that way. (But wild to me Zach Lowe voted for LeBron, because Lowe is rarely wrong about anything NBA related. So it just goes to show what the smartest minds about basketball think of what we saw LeBron do this series.)

PS: The coolest thing about Andre Iguodala is his Twitter handle is @Andre. The original Andre on Twitter.

And poor Cleveland. It’s next year or never for them. Because coming in 2016……. 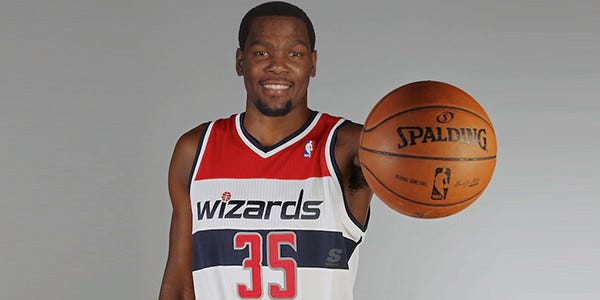