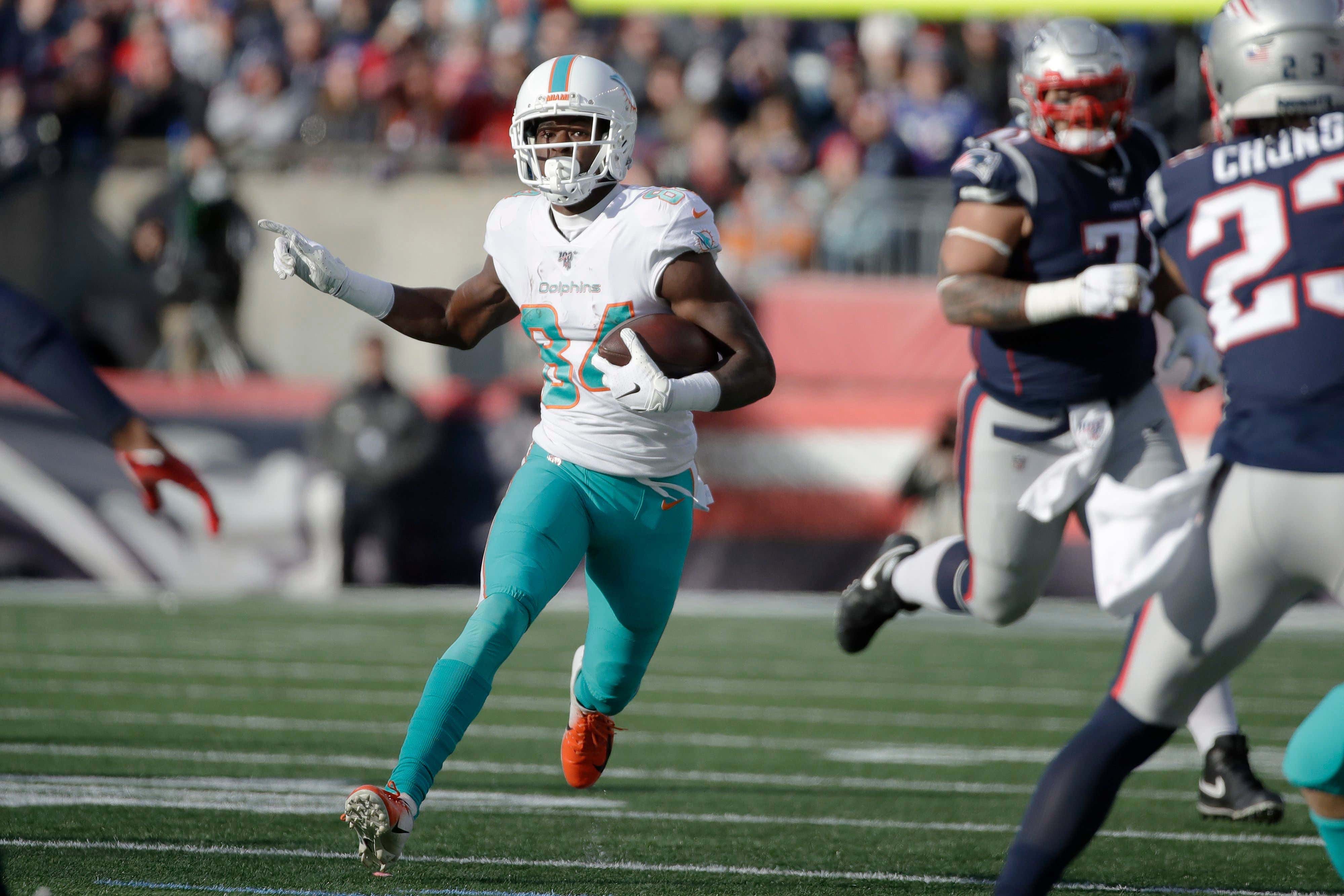 I think I made it pretty clear yesterday that when the Patriots biggest Trade Deadline Day move was sending a seventh round pick to Miami for receiver Isaiah Ford, I wasn't overwhelmed. I wasn't underwhelmed, either. I think I was just the appropriate amount of whelmed.

I'm not a slot shamer. There's a definite need on this team for a young guy with size who can work the middle of the field. It's just that you look at Ford's production and the fact Brian Flores was willing to flip him to a division rival for minimal return and it screams that he's a depth player, not someone who'll transform an offense in desperate need of a turbo boost. And definitely not the dramatic move we'd been hoping for.

But then again. I'm a big believer in judging a man by what the people who've worked with him say about him. And what Ryan Fitzpatrick is saying about Ford speaks volumes. Not merely with his words. But with his magnificent ass.

Source -  [Ryan] Fitzpatrick, the 16-year veteran and backup to rookie Tua Tagovailoa, wore his shorts slightly higher than usual during Wednesday’s Dolphins practice not for show or social media attention.

Fitzpatrick cut his practice uniform pants and wore them to pay tribute to former teammate Isaiah Ford, the receiver who was traded away by the Dolphins to the rival New England Patriots at the NFL trade deadline on Tuesday and practiced with his pants worn the same way.

Ford, a third-year receiver out of Virginia Tech, was considered one of the most intelligent, hardworking and dependable players during his time in Miami who made the most of his opportunities when given.

Fitzpatrick, who appears to have trimmed his bread, was quite complimentary of Ford during their time together as Dolphins teammates, calling Ford “Mr. Reliable” for being “in the right place at the right time, and doing the right thing.”

“Isaiah has been on the active [roster] and off, on the practice squad and up and down. He’s worked so hard,” Fitzpatrick said of Ford after the best game of Ford’s young career where he had six catches for 92 yards against the New York Jets in Week 14 last season.

"He’s a guy we have so much faith in as quarterbacks because whenever anybody has a question, sometimes when coaches have questions, we’ll go back to Isaiah and say, ‘What is this signal? What is this route?’ and he knows everything.

“I was happy to see him get out there and get an opportunity to catch some balls and really take advantage of it and make the most out of it. There are times when I ask Isaiah questions about the offense, that’s how smart the kid is.”

To repeat, the words are great. But talk is cheap. The real tribute here is with the booty shorts. And trimming the beard, if that's also because of Ford, which I assume it is because Fitzpatrick has been cultivating that thick, lustrous, Thor-in-"Endgame"-like chin spinach for a year or more. 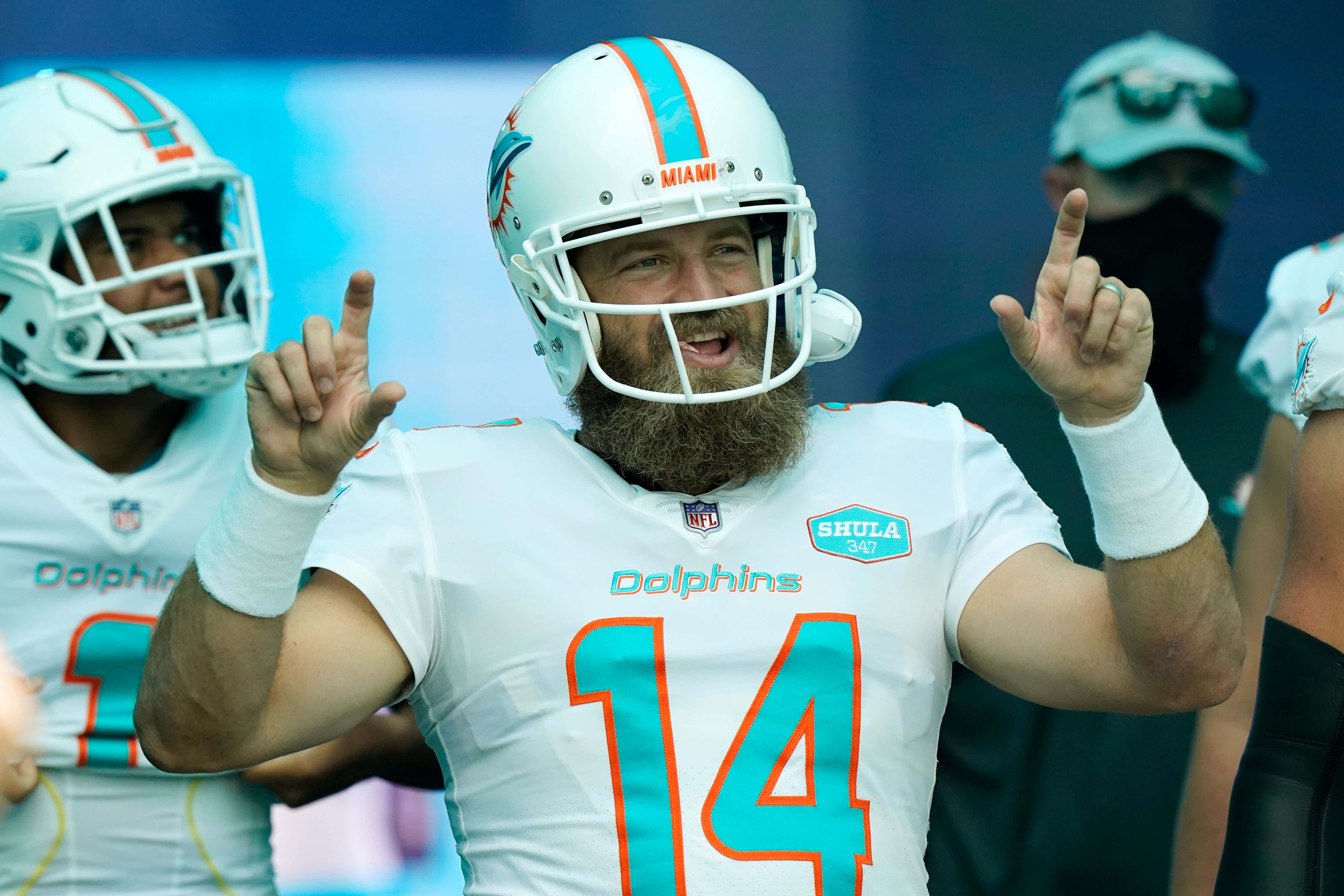 And now it's trimmed back for the first time in ages? That can't be a coincidence. It has to be a message to his dear departed slot guy.

But I don't want to get off track here. Because this is all about the shorts. This isn't just some casual gesture. 38-year-old Ivy Leaguers don't just throw on nut huggers willy nilly every time a teammate gets traded. For a Harvard Man, this is akin to pledging lifelong commitment to a frat by letting them penetrate you with things. It's the ultimate act of loyalty. The equivalent of getting a tattoo of a loved one's face on your tricep. And any player who can inspire that level of devotion in a veteran like Fitzmagic is a guy I for one cannot wait to see.

Welcome to New England, Isaiah Ford. Here's hoping you're inspiring spandex bike shorts levels of loyalty from your quarterbacks for years to come.