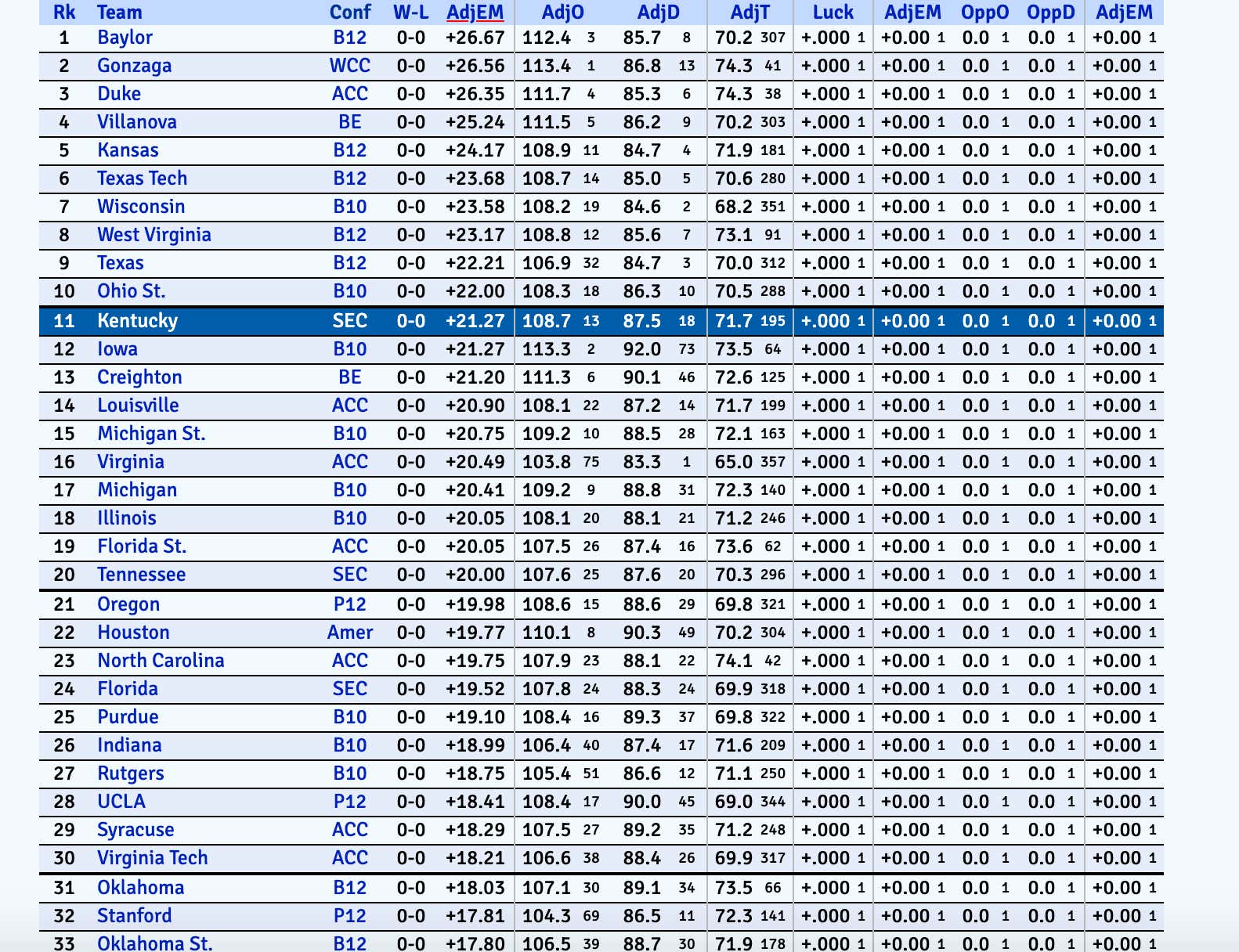 There are very few things I love more than when KenPom drops his first rankings of the season. Yes, they matter. Yes, they are important. Yes, it means we're close to the season. First, let's get into what it means. For those that don't know, KenPom is a metric that is used not only by the NCAA Tournament committee but by betters across the country. It's one of the most valuable tools in the world when it comes to looking at betting college hoops games. There was actually a time where the lines weren't matched up with KenPom and gave everyone a huge advantage, that is no longer the case though.

KenPom updates daily once we get games so you see everything all over the place. It's awesome. But ever since the NCAA Tournament committee started using metrics like KenPom on the team sheet, it's mattered more and more. It's become the most important rankings in the sport along with whatever Vegas says and the NET. I can't stress enough how important this is if you're a gambler or just a college hoops fan in general. The metric is fairly simply and broken down to take into everything in consideration and spit out AdjO and AdjD.

No surprise up top with Baylor and Gonzaga, even if KenPom doesn't have a true 'bias' like a person's rankings. It's math but there is bias which is why you hear KenPom darling teams, etc. Now I am confused as to why Nova is at 4 and Duke is at 3. Duke is not the third best team in the country. Nope. Not buying it. Not listening to Marty. Nova is my No. 1 team in the country with Jeremiah Robinson-Earl coming back to college, an expected huge jump from Justin Moore, Caleb Daniels is a hell of a transfer, Bryan Antoine was a top recruit and oh yeah, Collin Gillespie is still there. The rest of the rankings make sense, especially a loaded Big 12. 4 of the top-10 teams, just shows the hype around Texas is real too. But remember KenPom doesn't factor in Shaka Smart being their head coach and consistently underachieving.

But back to the real story here, KenPom waiting to drop this at midnight is such an A+, diabolical move. Everyone was glued to their phone and TV. Everyone just waiting to see who won. There's a bit of a lull where we are all just watching touchscreen magic and then bam, KenPom rankings. College hoops is here. Three. More. Weeks.