After making his his first collegiate start with Trevor Lawrence out due to COVID-19, five-star Clemson quarterback D.J. Uiagalelei said Monday that he has a good method for making sure the hype doesn't go to his head: he has his dad blocked on Twitter.

Coming out of St. John Bosco High School in California, Uiagalelei was the No. 1 quarterback and No. 2 overall player in the 2020 class. So he's had quite a bit of hype surrounding him for a while. But as long as he has anything to say about it, Uiagalelei isn't going to see any rat poison from his own dad to boost his ego.

Some may say the block is a bit aggressive when he could just mute his dad, but I love it. Let it be known that you have no interest in any self-promotion, even if it's from your own dad.

While I am certainly not a five-star quarterback on scholarship at Clemson, I actually have similar personal experience here and totally understand this move. After anything happens with my job, I'll sometimes receive text messages like this one from my mom detailing what other family members have seen and shared on Facebook. 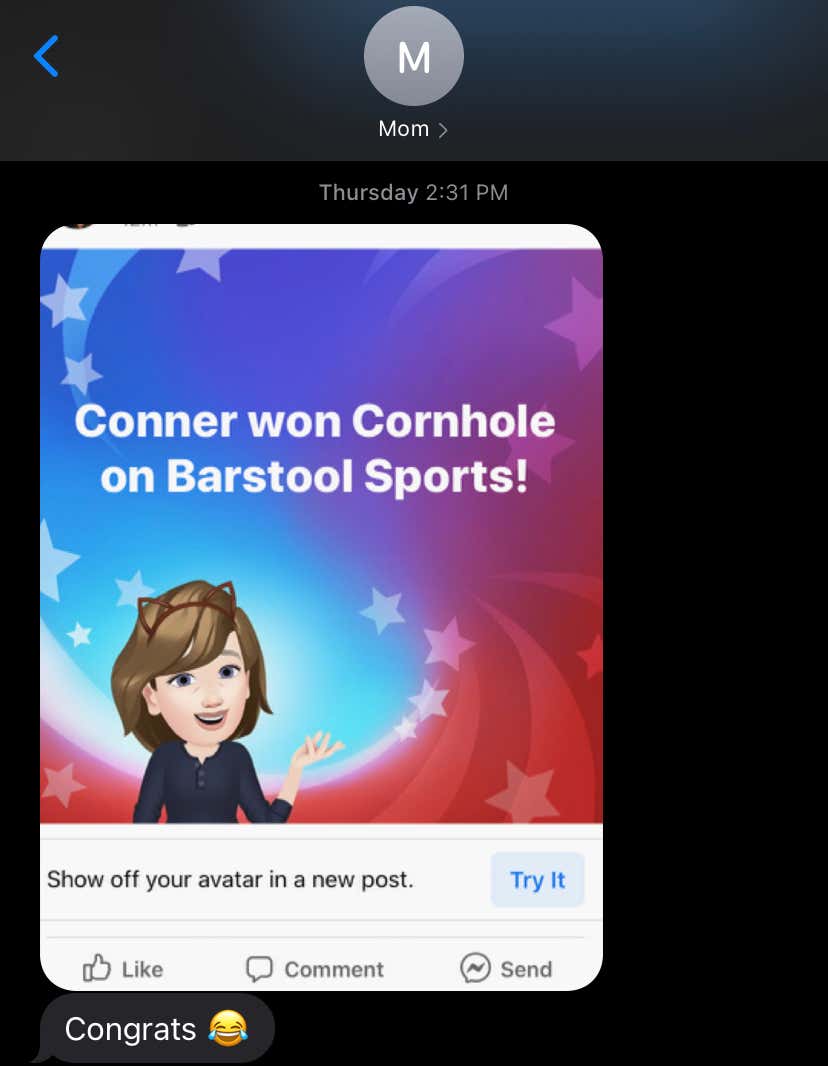 So I definitely understand what it's like to have too many people bragging about how great you are. Sometimes you have to just really block out the noise and stay focused.

And all Uiagalelei did in his first career start was go 30-41 for 342 yards and three total touchdowns. I think he'll be alright regardless of what he reads on Twitter.