There's no point in beating around the bush: this sucks. I'm not going to make any assumptions as to how AJ Dillon is feeling, but with any luck this is just a temporary setback for him that goes as quickly as it came. Per league protocols, he has officially been ruled out for Thursday's game against San Francisco, but hopefully as the team continues to trace the virus, his absence stands alone.

Especially considering that positive result came from testing that was conducted before Sunday's game. 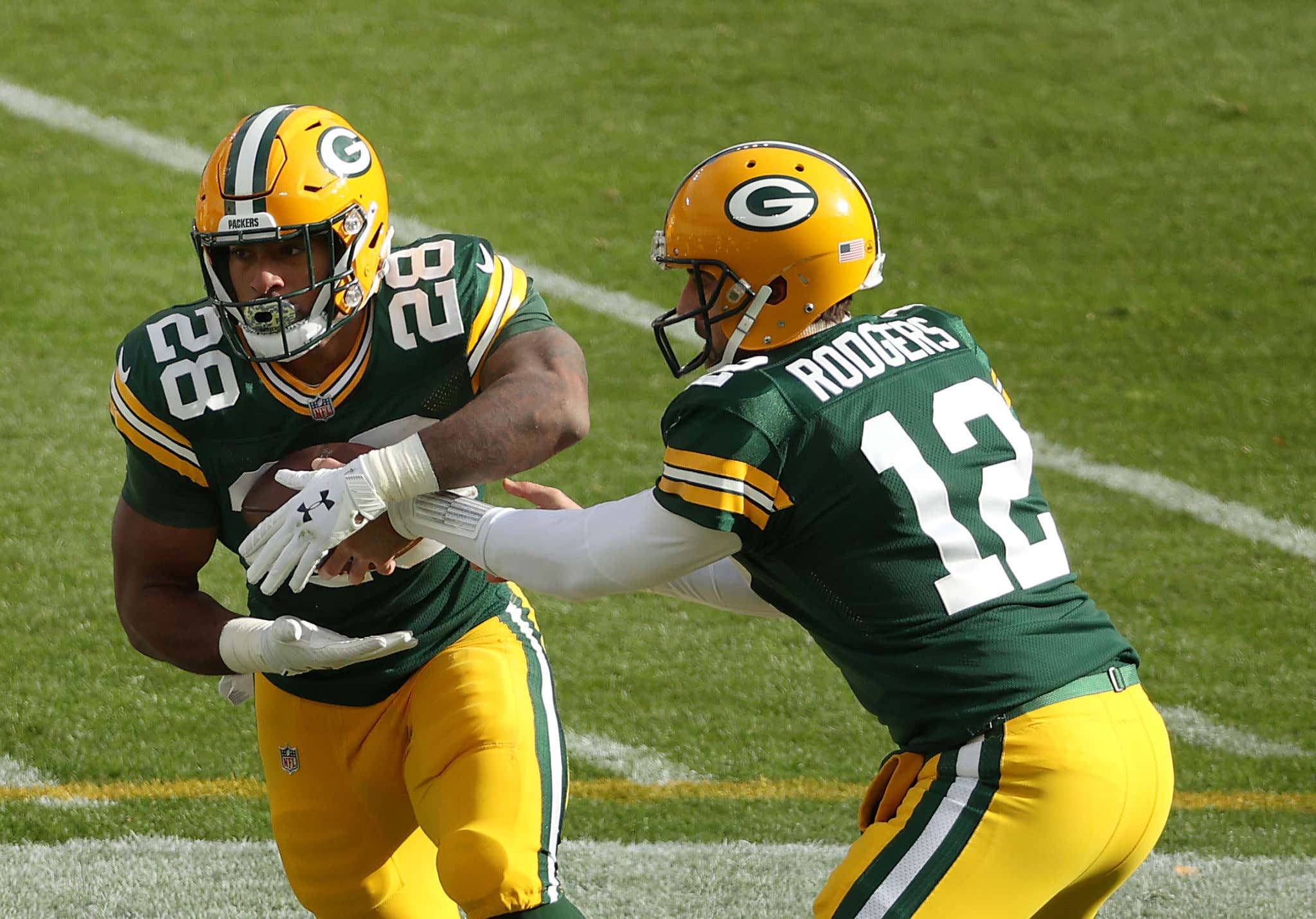 Now a picture that would have just been a picture, all of a sudden takes on a whole new meaning because we know as he was receiving this handoff, he was COVID-19 positive. Damn. Even the idea of transmission is terrifying.

And not just for Rodgers. With Aaron Jones out (and still uncertain for Thursday), Dillion played 17 snaps against the Vikings and obviously came into contact with a lot of players. The NFL and its medical experts claim they have found no evidence of virus transmission on the field, but considering we know so little about the virus to being with, that claim brings very little comfort.

But, let's not get carried away. For now, he's in isolation, players are getting tested, and the Packers are locking shit down and operating on a virtual basis until everything is cleared up.

Fingers crossed for everyone involved.