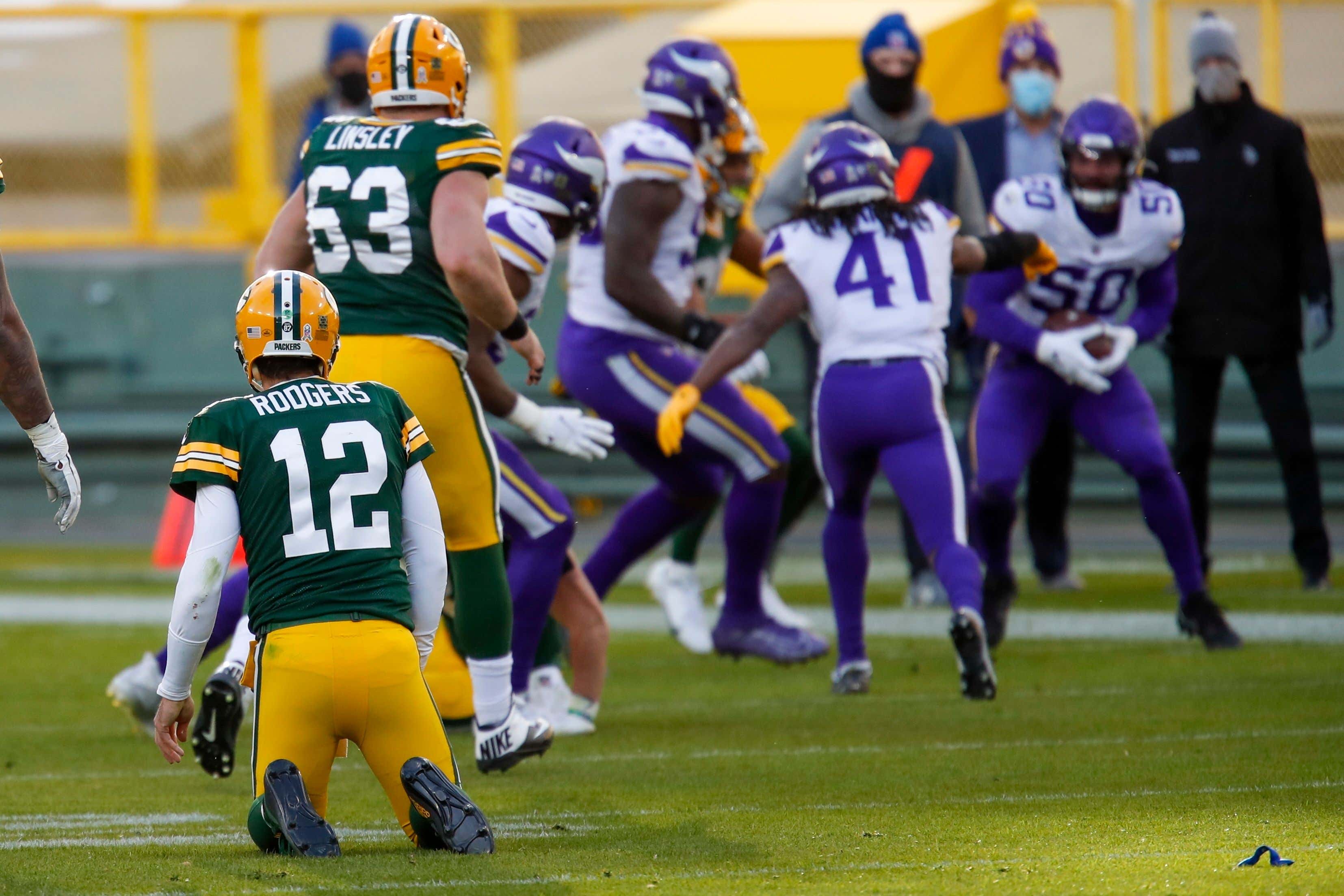 This loss hurts. For many reasons.

Going into the game, the Vikings were 1-5 to the Packers 5-1. I mean, we're talking about a team that handed Atlanta their only win prior to Thursday's game. I wouldn't necessarily say Minnesota stinks as both the loss to Tenessee and Seattle were extremely close, but it's fair to say I had zero concern stepping into this game. Especially coming off of the game against Houston where not only did Aaron Rodgers light it up against, yes, a pretty much non-existent D, but the Packers defense finally came alive after being humiliated in the worst way the week before.

Unfortunately now it's clear Mike Pettine didn't radicalize his defense against Houston; it was simply the outlier. Green Bay's run D is just as terrible and just as frustrating as we all thought it was - a mere continuation of last year's atrocity.

And today Dalvin Cook was the beneficiary of that atrocity.

30 carries for 163 yards and 3 touchdowns, plus 2 receptions for 63 yards and another td - that's FOUR touchdowns for those of you struggling to add them all up. In other words, Cook had his way with the Packers defense in the most demoralizing, destructive way possible. Sure, sometimes he was fighting for yards, but the vast majority of the time he was frolicking straight through the Packers D.

Of course, that was basically to be expected considering Pettine made zero adjustments at the half, but all would have been forgiven and forgotten had this game not turned out the way it did. Starting with the PI that never was in the middle of the 4th quarter.

I'm no genius, but fortunately it doesn't take a genius to see that's clearly defensive pass interference. The defender had his body wrapped around Tonyun, essentially assaulting him, the ref saw it, THREW the flag, and THEN picked up the flag. Why and how on earth was that not ruled PI… after it was ruled PI because IT WAS PI?!!?

Oh. Cool.  I guess it's just ok for refs to be sensitive little bitches who take things personally and then vengefully reverse an accurate call that potentially determined the outcome of the game… solely because one player was a little impassioned.

Guess the Pack is just going to have to remember that next time an opponent thrashes one of the teammates. It's probably what Rodgers was thinking when he threw this pornographic touchdown to Davante Adams in the endzone.

Lord have mercy. This the stuff football dreams are made! And considering there is very little good left in the rest of this blog, I'm gonna need it in slo-mo one more time for good measures.

The thing about offensive magic, like it or not, your team's defense has to follow it. (Groundbreaking, I know.) So yeah, the high was sucked out of the room the moment they took the field because, well, they hadn't made a single stop the entire game, why on earth would they start now?

Because the game was on the line.

When it mattered most on 3rd & 9 with 1:44 left in the game, Pack down by 6 and the Vikings in need of a first down to seal the game, the defense stepped up and gave the ball back to the man whose hands you want the game in.

The man whose hand did not motion forward when he was hit, thereby eliminating a sack-fumble by definition.

But I guess rules don't matter and the refs don't give a shit about my personal analysis of the game, so I'll just go sulk in the corner now and not look forward to facing San Francisco in a few days.