So, what does it mean if the Browns are 6-2? It means they're in GREAT shape.

IF the Browns win today, here's what happens next…

There is no way to look at that those four things, especially considering they'll get a few more defensive starters back soon, and not think the Browns are in good shape the rest of the way… if they beat the Raiders.

It would seem to appear that the Browns will be favored in five of their last eight games… if they beat the Raiders.

The Browns are in a fantastic position to make the Playoffs for the first time since 2002-2003… if they beat the Raiders.

All of those key facts are still relevant if the Browns lose and drop to 5-3, but the picture becomes far more clear if they find a way to take down Las Vegas on Sunday.

People (mostly Browns fans for some fucked reason) are quick to note that, even at 6-2 with a win over the Raiders, the Browns will enter the bye week having two disastrous losses to the Ravens and Steelers. Well, last year entering Week 13, the Browns had two shit-pumping wins over the Ravens and Steelers… and were sitting at 5-6. So the dropping of the small qualifiers seems necessary at this point.

Today is a big day for the Cleveland Browns. Let's talk more about it…

The Browns and Raiders have a long history, with some iconic moments. I refuse to post Red Right 88 in here and bring on bad vibes. If you want to look that shit up, Google is your friend.

But, outside of that game, the Browns and Raiders have played a ton over the years, especially since the Browns' return to the NFL. This is, however, the first matchup between the teams with neither being below .500 since 2000! It's been a long time since both teams were somewhat relevant, but we finally made it!

I've had a change of heart, actually, and will now share a negative Browns vs. Raiders video:

That is one of my least-favorite Browns games ever. It seems meaningless, coming in Week 2 of a season, but had the Browns won, they would've made the playoffs. They ended the 2007-2008 season with a 10-6 record and missed the playoffs.

Another recent Browns vs. Raiders game was Baker Mayfield's first start back in 2018… they blew a bunch of leads and lost. Fun!

I went 1-1 again last week solely because of Cody Parkey, so let's ignore that and move on.

The weather is the big thing to look at on Sunday. I think the Browns will win, so give me the -2.5, but the play is absolutely the over… depending on the weather. The rain seemed inevitable earlier in the week, but it now seems as though we may just get some plain old clouds. These two defenses are a wreck, and their opposing offenses can score points. If the forecast looks dry, hammer that over, otherwise stay away.

NOTE II: I won't be taking the total until right before kickoff, due to the weather
NOTE III: Stu made this his Mortal Lock of the Week
NOTE III: I will be taking the UNDER (gross) for now

The injuries still stink, but they are the same ones as last week, so I don't have much to say here. No Nick Chubb sucks, and Wyatt Teller's absence is bigger than I think anyone realizes, but they should be able to win this weekend without those guys.

Then there is the one not listed: Odell Beckham Jr.

We've all seen the stat…

No, I do not think the BROWNS are better without Odell Beckham Jr.

But I do think Baker Mayfield is a very different quarterback without him, potentially a better quarterback. That's a problem and one that falls on Baker's shoulders. I saw a few great breakdowns this week, some on the sports network I won't link out to, that show Baker ignoring reads, and pre-snap situations just to force the ball to Odell. Then, when those same plays are run Baker has no issue with reads and throws effective strikes downfield. There have also been articles and videos about Odell's ability to create and ad-lib routes and how that throws Baker off. Regardless, the results of nearly every breakdown are negative.

It's a major problem. There is no reason that Baker, a guy who has shown off signs of a good quarterback, can't figure it out with an elite wide receiver, but it is a problem that no longer exists.

The Browns are a really good team when Baker is efficient, if the absence of Odell leads to that, then so be it. But it's a clear problem they need to fix, one way or another, and I'd rather "Baker needs to be better" as the solution, not the "we need to trade" solution.

NOTE: The Raiders will be without starting wide receiver Bryan Edwards, and Trent Brown will be a massive gameday decision… 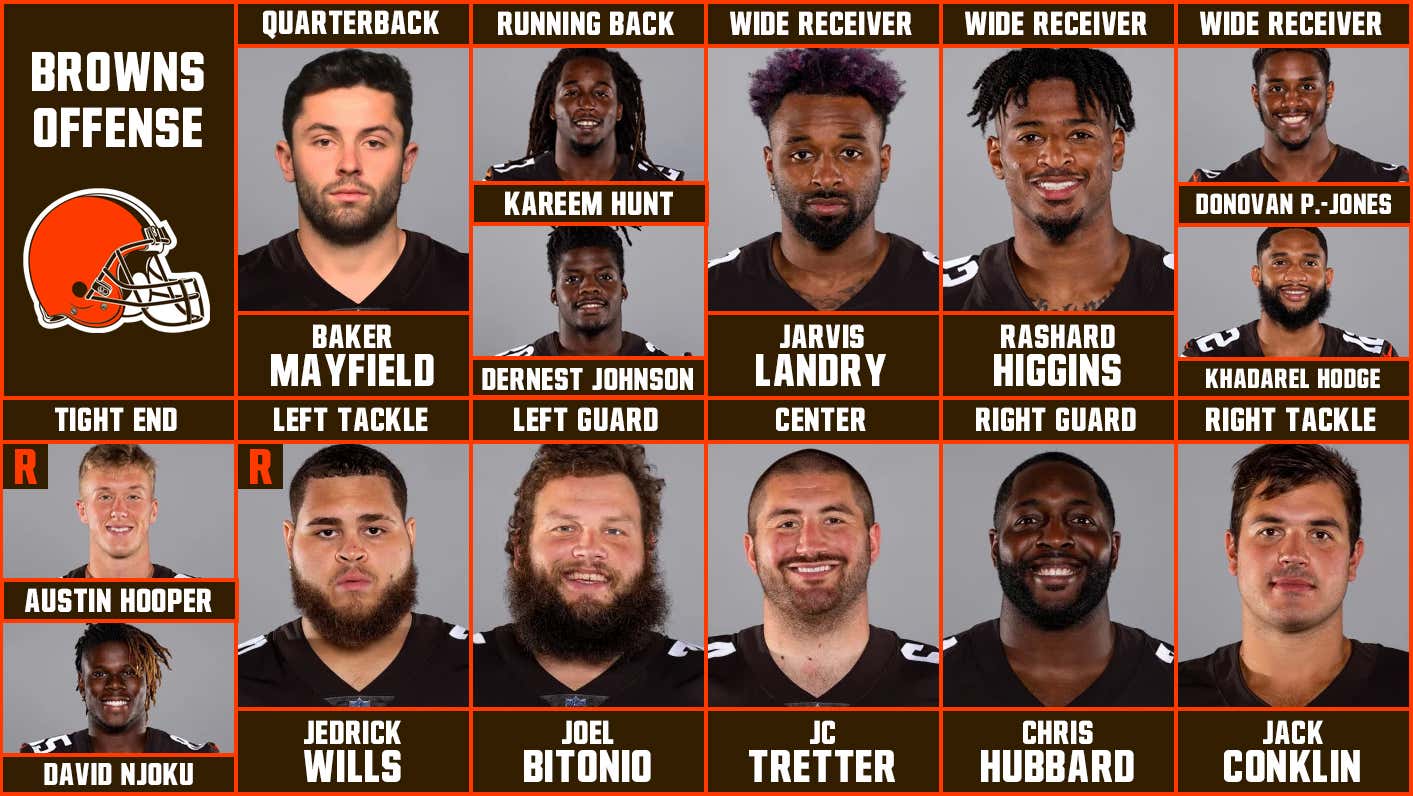 Baker Mayfield starting the game 0-for-5 with one interception, and then ending the game 22-for-23 with five touchdowns was… certainly something! Personally, that's impressive to me regardless of the defense you're going up against. Essentially 22 consecutive completions, not counting the lone one being a spike to stop the clock? That's pretty fucking good. Now, obviously, it was against a bad defense, so people were quick to discredit Baker's performance, an important one for his confidence.

Well, guess what! The Raiders defense is also fucking terrible against the pass. For the second week in a row, Baker will have a chance to carve up a defense and build himself back up after the Steelers game.

…and he has another chance to keep throwing to his favorite target, Rashard Higgins.

In his rookie season, Higgins was an absolute stud for Baker, but then something happened last year. Do you want to know what happened? Well, I do too, because I haven't a fucking clue. He was put in the dog house pretty early on following an injury to open the season, but it never made sense as to why Freddie Kitchens kept removing Baker's comfort blanket. Now it seems as though Kevin Stefanski realizes the chemistry and Higgins will (especially with Odell done) remain on the field.

It's also likely that Baker won't face much pressure, as the Raiders stink at getting to quarterback…

Baker will have a big opportunity today to silence some more doubters… unless the Browns run the air out of the football, which is entirely possible given the projected wind, rain, and snow.

Well, guess what! The Raiders defense is also fucking terrible against the run!

Kareem Hunt was decent last week against the Bengals, with 76 yards on only 18 carries, a running game slightly abandon due to the shootout. He's been fine in the absence of Nick Chubb, but anyone saying he is a direct replacement in terms of skill is kidding themselves…

With that said, the Raiders rush defense is actually significantly worse than the Bengal's (via Football Outsiders), so this is the spot exploit today if you're Kevin Stefanski. A healthy Nick Chubb would make this game a near lock in my eyes, but he is available, so the game likely lands mostly on the shoulders of Hunt. While the Browns have a few decent running backs behind the starter, they haven't really shown a solid level of confidence in D'Ernest Johnson's ability to take a good chunk of carries. That might have to change today.

There are two factors that go into why the Browns' rush attack isn't as nasty as it was a few weeks ago. One is the injury to Nick Chubb, and the other is the injury to offensive guard Wyatt Teller. But this is still a talented group going up against a poor defense. Stick to the run, pound the shit out of the ball, and win this game with your identity.

That's the secret to the Browns winning today, not Baker Mayfield, despite what everyone will want to say.

NOTE: I am excited to see Donovan Peoples-Jones in full today after a good game in the spotlight against the Bengals…

Also, how great has Harrison Bryant been as a rookie? With Austin Hooper out, he shined and is clearly one of the steals of the 2020 NFL Draft.

How can the Browns lose today? You're looking at it… 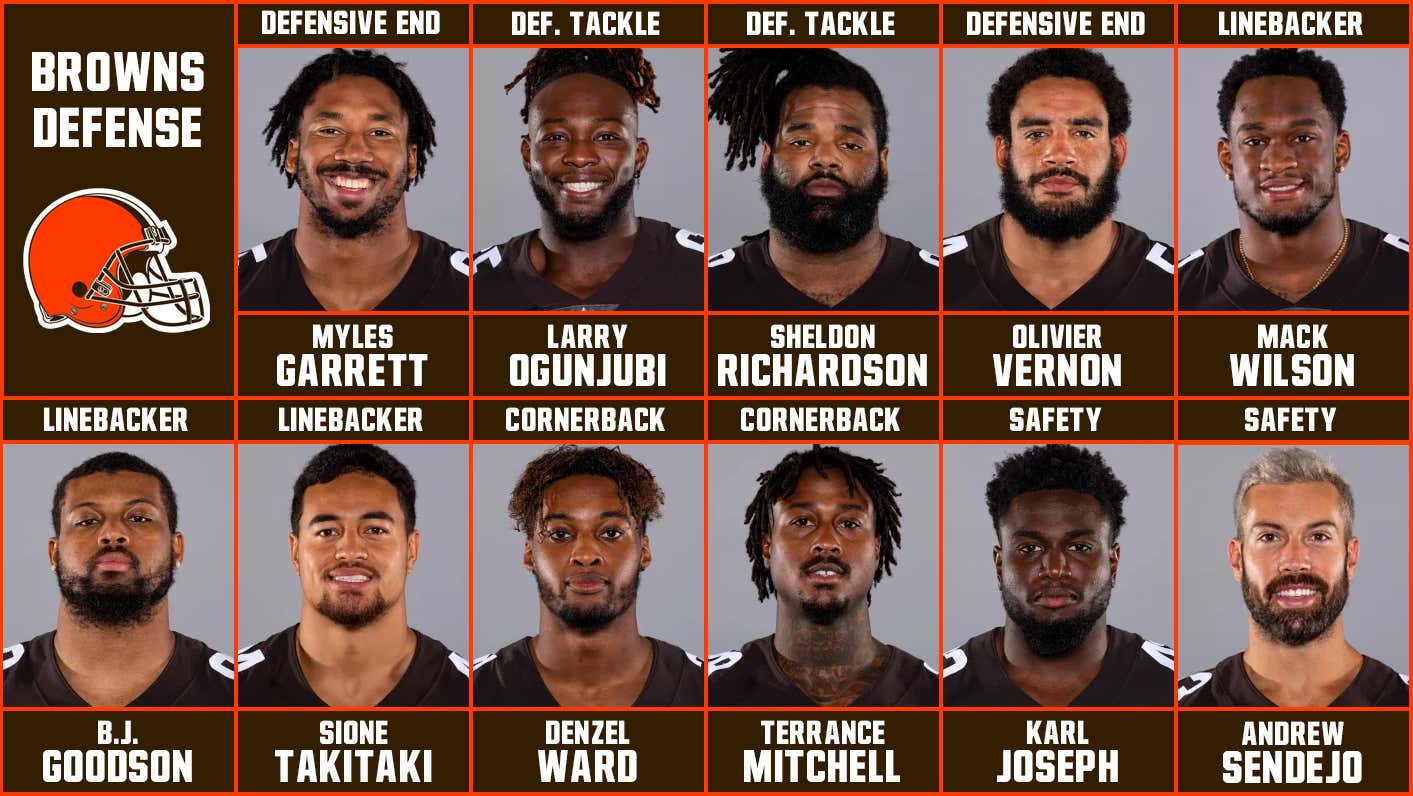 This defense is fucking awful, plain, and simple. Their worst skillset?

It has gotten to the point where I don't even have angry reactions anymore to this defense. The entire game consists of a constant shaking of my head as I watch them get carved up.

Now this game will likely come down the run, and the Browns are slightly better at stopping the run than the pass, but they're really going to have to make Derek Carr and that offensive line work today. The pass rush is really the only positive thing the Browns have going for them. And when I say pass rush, I mean Myles Garrett…

The pass rush is solid, I do like the Browns defensive line quite a bit, but they need to get a more consistent pass rush this week. Last week they got to Burrow early, and a tad late, but the game felt rather uneven. It won't be easy this week, as the Raiders have a solid offensive line and Derek Carr is known to get the ball out quickly. But, unfortunately, the Browns defensive success rate rests solely on Myles Garrett and the pass rush.

Even this defense's one solid attribute of forcing turnovers has proved difficult at times!

Yeah, I expect the Raiders to score points today.

NOTE: I will give some credit to Denzel Ward, who is absolutely a stud in the secondary…

For the first time all season…

Both defenses are week, especially in the passing game, but this may be a run-heavy game, which favors the Browns. While their rush defense isn't great, they're the better of the two defenses, according to Football Outsiders.

It's also worth noting Derek Carr's struggles in below-50 weather…

…keep an eye on that weather, folks! Even without the rain, it's going to be cold and windy.

If you're a fan of 'The Mandalorian', check out our recap (in under 7 minutes) of season one…

…the first episode of season two was amazing!

They'll give up points, but I expect a Baker bounce-back, much like we saw in Week 2 against Cincinnati. If he does that, then what the defense does may not even matter.