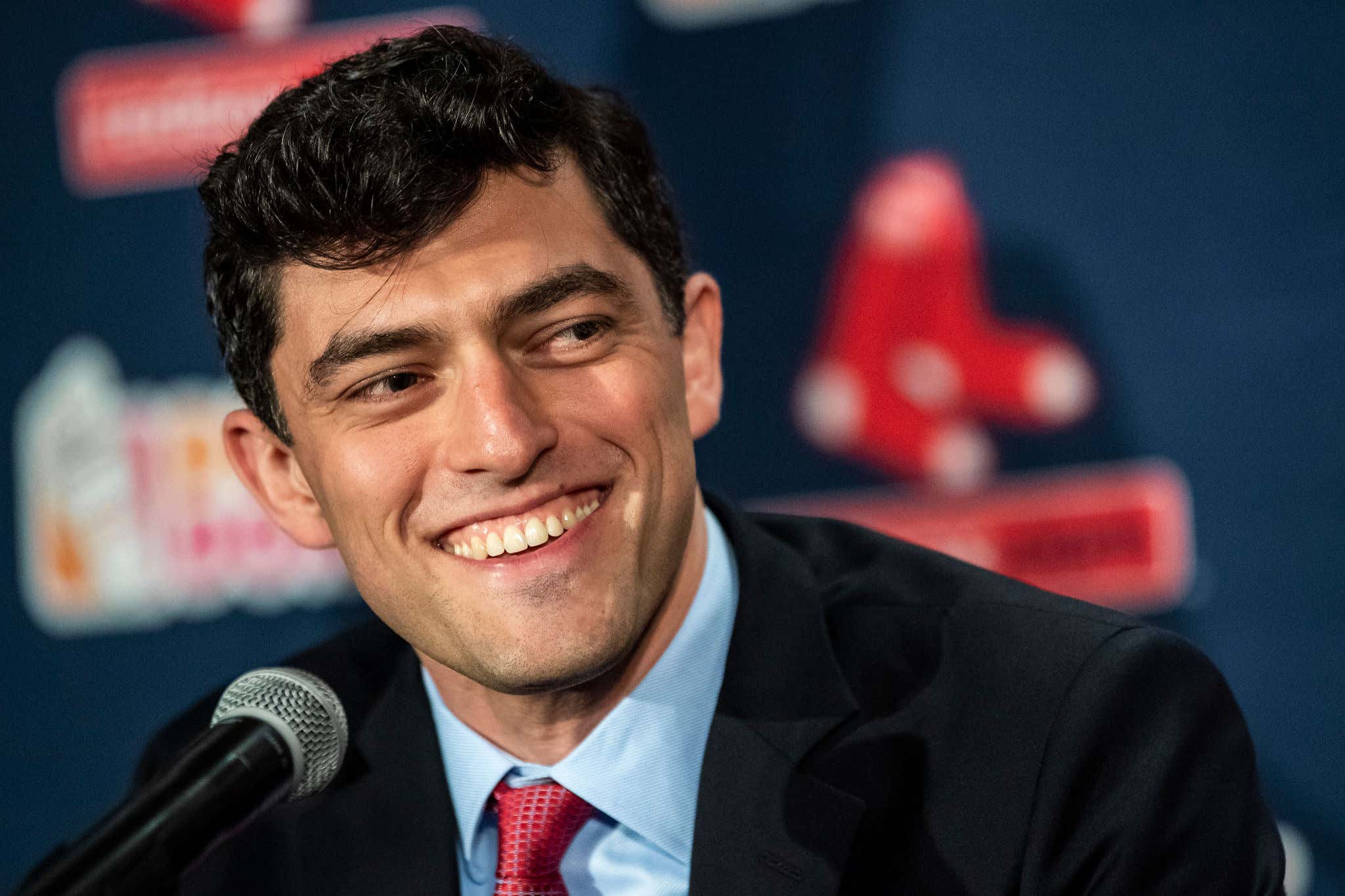 If you read that headline and your first thought was, "I wish the Red Sox were big spenders last fucking offseason when they still had Mookie Betts," then we can be friends.

I mean, the logistics of actually making that work are a whole entirely different blog that I've written several times already and it just didn't work out that way. I also have Mookie Betts fatigue at this point. It's time to move on. Let it go. I'm being a hypocrite right now because I obviously haven't let it go or moved on, but I'm at least trying. However, I couldn't write a headline like that without getting out in front of what the obvious rebuttal to it would've been. We're all still salty. It's gonna hurt for a long time.

Anyways, there's a little rumor going around via the Boston Sports Journal that the Red Sox might be one of a select few teams who are looking to spend this offseason despite all of the uncertainties that still lie ahead due to the pandemic and the havoc it has wreaked on the finances of major league teams.

Know which other big market team might be among the very few with the capability to take advantage of a depressed market?

It's not the Chicago Cubs, who are instructed to cut spending. Or the Los Angeles Dodgers, since they have few holes to plug to begin with and a development system capable of filling most (if not all) of them internally.

How about your Boston Red Sox?

One MLB source, noting the team's rumored merger with RedBall Acquisitions, said: "They're about to become part of a $8.3 billion company (the projected value of parent company Fenway Sports Group should the merger take place). You do the math.''

Sweet. Just in time to re-sign Mookie Betts as a free agent. Mother FUCKER. I'm sorry. I really am. I'm trying to let it go, but that command is just not registering in my brain yet. It will. It's going to take time.

But seriously, though. The Red Sox traded Betts and David Price to reset their luxury tax penalties, which was a necessary evil. Maybe not trading those names specifically, but finding a way to get under the luxury tax threshold, yes. Needed to happen, and it did. We're here. It's done. And now, because of the pandemic, the Red Sox find themselves in a unique position where they can spend freely again and you've got small market teams being small market teams, middle of the packs teams being reluctant to spend because of the losses they took in 2020 and forecast for next year, and finally you've got big market teams that are sitting this offseason out, too, in terms of big spending.

Great! The only problem is that nothing crazy really jumps out at you. It's not a juicy free agent class. Sure, you've got Trevor Bauer. I'm just not super confident he'd come to Boston. At least, not yet. He's considering offers of all shapes and sizes, but if a team offered him a one-year deal that broke Gerrit Cole's average annual value record, he's taking that over a big-money, multi-year deal that doesn't break the AAV record. Just my gut feeling. But I can't see him signing anywhere that he doesn't truly believe he could win a World Series in 2021.

As it stands right now, the Red Sox are, of course, not in a position to win a World Series in 2021. So, take Bauer off the list (for now). Still would like to talk him into the idea of buying in now to be part of something in a couple of years, but Bauer's brain works in mysterious ways. He's a man motivated by chaos. I think he's just as likely to sign with the Padres for their 2021 World Series chances as he is to sign with the Astros just to see peoples' heads explode.

Here's the thing, though -- the Red Sox being spenders doesn't necessarily mean spending big on one guy like the Yankees did with Cole last winter. That guy ain't out there this winter. But they could spread it out and sprinkle some cash on all of their areas of need. Need arms in the rotation? Marcus Stroman is a very enticing option given his familiarity with the AL East, his ability to throw 200 innings, and his insane compete level. Charlie Morton just became a free agent. He's talked openly about having hoped that the Red Sox would've pursued him in free agency before he signed with the Rays. Taijuan Walker is out there. I heard Masahiro Tanaka is, too. Hm. Need bullpen help? I would very much enjoy Trevor May in the Red Sox bullpen. I'd love Liam Hendricks, too. Need a professional hitter? Come on down, Michael Brantley! Shit, I wanted Marcell Ozuna before the 2018 season. Can have 'em now!

Wait, the Red Sox are going to be spending this winter? Like, spending spending? Hm. I wonder, with the whole vacancy at the position thing, if the Red Sox might be interested in bringing in a guy like DJ LeMahieu? REALLY good hitter. Awesome. Spectacular. Could be worth a phone call. We'll see! May the stove-heating commence.