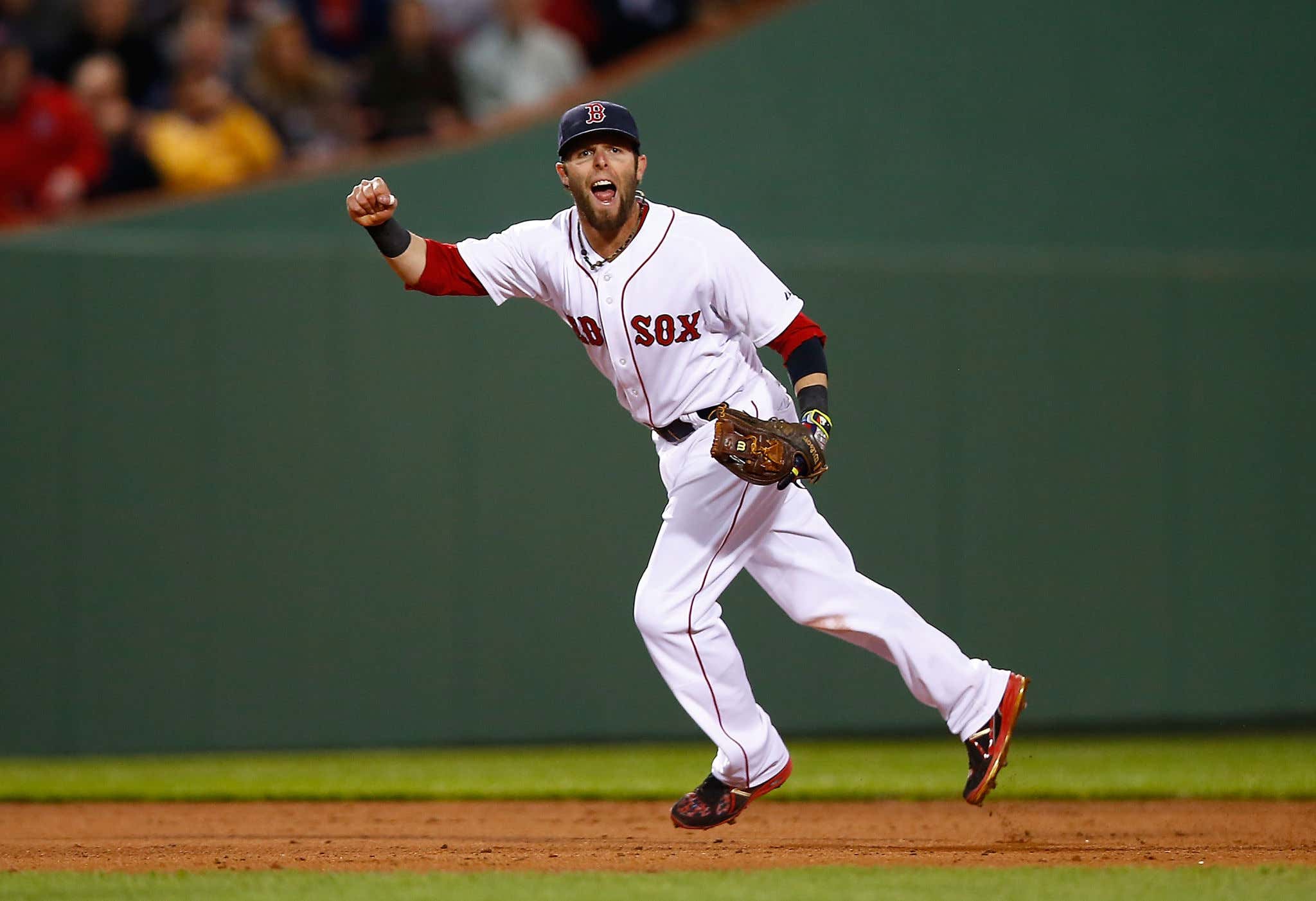 I don't know if you've personally given this situation much thought lately, but I have.

Just this past Monday, I had reached out to someone close to Dustin Pedroia to ask if he had spoken to the 2008 AL MVP at all recently. If anything, I was more just curious how he was doing from a quality of life standpoint rather than wondering about his baseball career. He's doing well. He's coaching Little League where his team is unbeaten at 5-0. I'd expect nothing less than perfection from a team led by Pedroia.

But from a baseball standpoint, I also asked if this individual thought we'd ever see Pedroia play in a major league game again. "I don't think so," was the response. That fuckin' sucked to hear. I mean, the writing has been on the wall for over a year. I didn't think that we'd ever see Pedroia return and be an everyday player again. That much was obvious. I was more so rooting for the chance to at least see him return in some sort of bench player role. Give the Red Sox anything he could. Whatever he had left. But then you stop and think that perhaps he already has done that.

According to the Boston Globe, that would appear to be the case.

I’m told that both the Red Sox and Dustin Pedroia are prepared to talk soon about a mutual understanding that would end his playing career.

Pedroia, 37, has played only nine games over the last three seasons because of numerous issues with his left knee. He is signed through 2021 for $12 million.

The ultimate result will be for the Sox to release Pedroia and pay off his remaining salary all at once or over time. The value in the move will be to reclaim his spot on the 40-man roster.

That would give the Sox more flexibility over what is sure to be an active winter of rebuilding the roster.

It’s unlikely Pedroia would take on any more than a ceremonial post with the Sox as he lives in Arizona with his wife and three sons.

Pedroia has not played a major league game since April 17, 2019, and did not attend spring training this season.

For what it's worth, I've been told that the Red Sox hate the idea of releasing Pedroia. They understandably do not like how that looks, as players being released are often associated with not living up to their end of the bargain. Pedroia lived up to his end of the bargain and then some when he was physically able to take the field. But on a team like the Red Sox right now, being that they're in the position of having to rebuild after a dog shit season, Pedroia's roster spot is invaluable.

Like I said, it just sucks to hear. It's nothing shocking. We kind of all figured this day would come. Doesn't make it any easier to digest. I've given my thoughts on this numerous times, but I'll try to sum them up quickly here. Anyone who gets on Pedroia for injuries ending his career has no understanding whatsoever of what he did every day as a player throughout his career. He quite literally gave everything that he had to the Red Sox organization and their fans. That's why his career ended far sooner than it should have. He played at 110% every single day until the wheels quite literally fell off. The result of that was becoming a two-time World Series champion, an MVP, four-time Gold Glover, a Silver Slugger winner and Rookie of the Year.

I was hoping for a David Wright ending to Pedroia's career. Come back for one game just to get the chance to say goodbye to the fans, trot out to second base at Fenway Park one last time, and get the sendoff that he deserves for all of his efforts here in Boston as a lifelong Red Sox with multiple rings. He deserves that, and I hope he still gets it. But if the Red Sox release him this offseason, which it sounds like that's now likely to happen, then he should still get his one last moment in the sun before he heads off into retirement.

And he will. It just, unfortunately, sounds like it won't be on a day where he'll get to see his name in the lineup card one last time. That's not how a player like him should ever have to go out.

PS -- Fuck Manny Machado for that slide. That was one thousand percent what cost Pedroia the rest of his playing career.