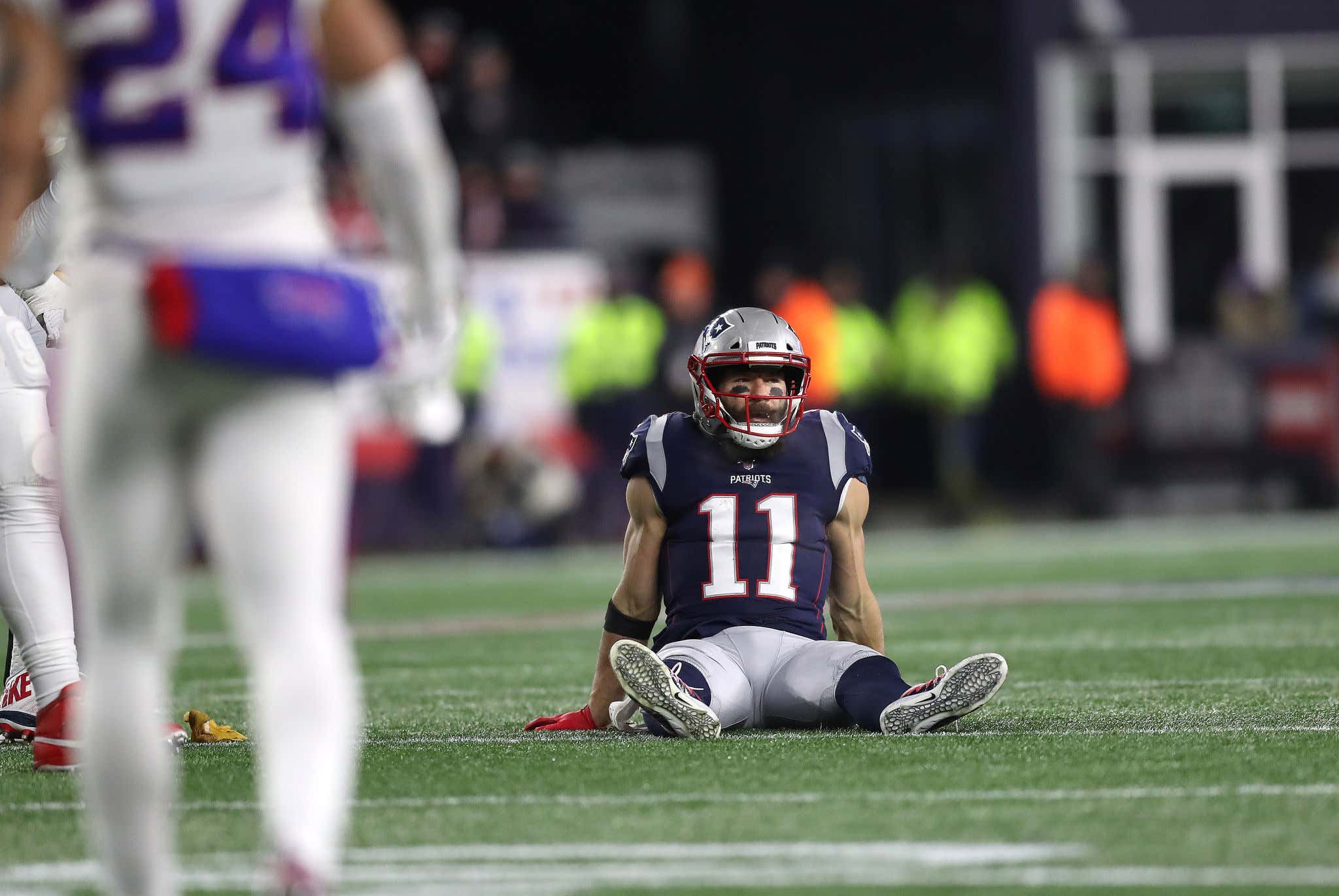 I appreciate Adam Schefter sprinkling a nice thick coating of pure cane sugar on this to help it go down easier. All those sentence-softeners like "precautionary" and "standard" and the intentionally vague "some period of time." I have not doubt this came directly from the Patriots organization worded exactly like this and Schefty posted it verbatim, because he's their go-to guy for delivering bad news. And in exchange, he'll get the scoop on any trade deadline deals. Quid pro quo.

I know this came directly from the team because it reads like the announcement the pilot gives you when the plane is in serious distress but he doesn't want the passengers tearing each other to shreds. That non-specific Southern dialect monotone, "Uh, this is your captain speaking. Uh, the plane just underwent a precautionary standard explosion in Engine Two. We've experienced a slight wing-falling-off procedure and expect to be plummeting toward the ground upside down trailing fire behind us for some period of time. In the meantime, we're uh, gonna ask you to keep your seatbelts on and ask the crew to suspend snack and beverage service for the time being …"

Thanks for trying to keep us from panicking Sullenberger, but your wasting your time. I think I speak for most of New England in 2020 when I say I saw this coming. It seemed probable when he caught two passes for eight yards against Denver. It seems likely when he had one catch for 13 yards against San Francisco. It seemed certain when he didn't show up on the practice field this morning. As a matter of fact, it seemed inevitable the whole time we've slogged through this whole wretched, dismal, defective, low-grade, desultory, joyless vale of tears this season.

Edelman leads the Patriots in targets, receptions, receiving yards, and yards per touch. He's also sixth on the team in rushing yards and their leading passer, with two completions and a passer rating of 118.7. The demon spirits throwing this grim, vampiric orgy sucking the life out of us wouldn't consider it a party if Edelman's knee wasn't sacrificed in the center of the pentagram. Where would the fun be if he was allowed to be as healthy as … oh, I don't know … the suddenly reanimated corpse of Rob Gronkowski? Or the eternal Tom Brady? Or Antonio Brown, for that matter?

Edelman is the one who stayed. Just when we assumed he'd beg to be sent to Tampa for a reunion, he put his head down, put in the effort, ran drills with his new QB and fought to make it work. And as we find out Foxboro is the new opening of the Hellmouth, that means he must suffer. And so must we.

As far as how long the "some" in that "period of time" is, we don't know but we might as well assume the worst. My general rule is that any time an athlete is injured and they give an estimate like "2-4 weeks," I always take the longer time frame and double it. (Unless it was Clay Buchholz, in which case I always quintupled it and was never wrong.) So I'm going to assume this will drag on for a month or so before Edelman eventually goes under the athroscope and will be out until the sun goes nova. That's not a medical diagnosis. Just me looking at how things have been going and extrapolating. I hope I'm wrong. I'd like to be more hopeful. But after the first 10 months or so of nothing going right, you start to notice there's a pattern here.

Godspeed, Squirrel. Get well … inevitably? At least we know he won't be traded to Tampa now.